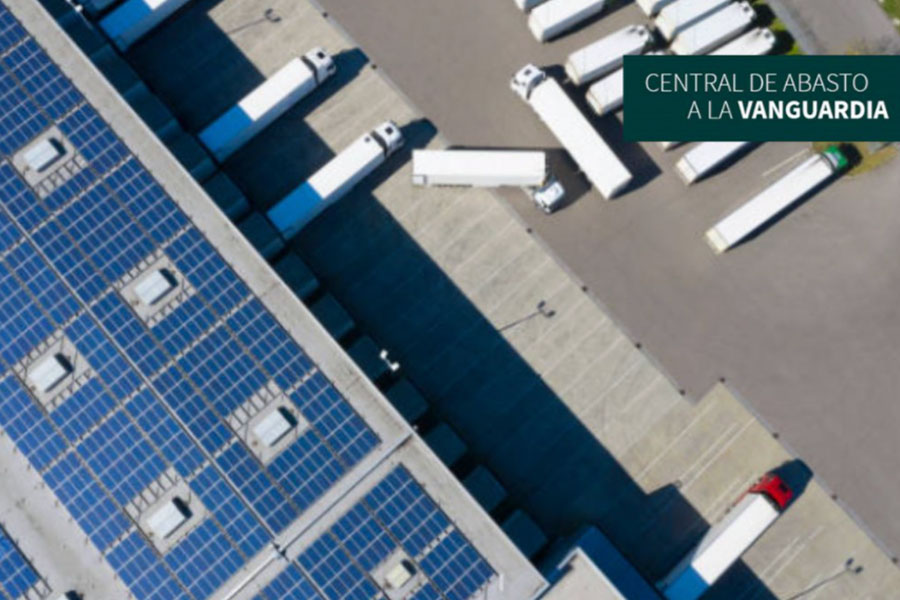 After months of having concluded the process of permits, investigation and work planning, the Government of Mexico City began the installation of what it seeks to be the largest urban solar farm in the world, in the Central de Abasto.

The project includes 19.85 hectares, 22 warehouses and 36 thousand photovoltaic modules to generate up to 25 GWh of energy per year, and, although it will be done in different phases, it will be the Mexican company Fortius Electromechanical whoever carries out the mega project to inaugurate at the end of 2022.

The Central de Abasto (Ceda) is already considered the largest market in America and now wants to become one of the largest photovoltaic plants in the world.

According to the tender won by the company Fortius Electromecánica, in the first phase, from March 1 to June 30, it is contemplated to build two photovoltaic generation systems, which will be distributed on the roofs of Ceda’s warehouses and will have a capacity of one megawatt for own consumption.

This is how the entire roof will have high-capacity solar panels that will generate energy equivalent to the consumption of 15,240 homes, so the Central de Abasto would save up to 3.5 million pesos per year on the electricity bill.

In the meantime, Today, March 28, the second stage of the work begins, in which a second tender begins –The winning company will be announced on May 23–.

What does the energy project consist of?

400 million pesos are destined to cover the entire area of ​​the most important wholesale and retail market in Latin America, equivalent to covering 400 soccer fields.

However, the mega solar project, from its design to its operation, will be in charge of the Federal Electricity Commission (CFE), which seeks to put the solar farm into operation in December of this year with 36,000 panels that add up to a capacity of 18 megawatts.

“The development of large-scale (solar) projects has been on pause for more than a year (…) Who is going to invest without guarantees?” said Javier Romero, from the National Solar Energy Association (ANES), who had the activist asked.

Today it is known that, according to Fadlala Akabani, Secretary of Economic Development of the capital, the panels will generate more energy than the market consumes, so Ceda will be able to be a world leader in government green initiatives.

And it is that, Government data reveal that solar energy accounted for 5 percent of Mexican electricity generation last year, more than the United States, where solar energy contributed almost 3 percent, according to data from the Energy Information Administration of United States (EIA).

During the current administration, President Andrés Manuel López Obrador and the Cabinet committed to reaching a minimum of 35 percent in clean energy by 2024; however, today experts consider that this objective is almost impossible, since the efforts to work on projects of this caliber have been scarce, achieving only 29 percent progress so far.

This is how AMLO reacted to Eugenio Derbez and CODA’s Oscar… and no, he did not congratulate him