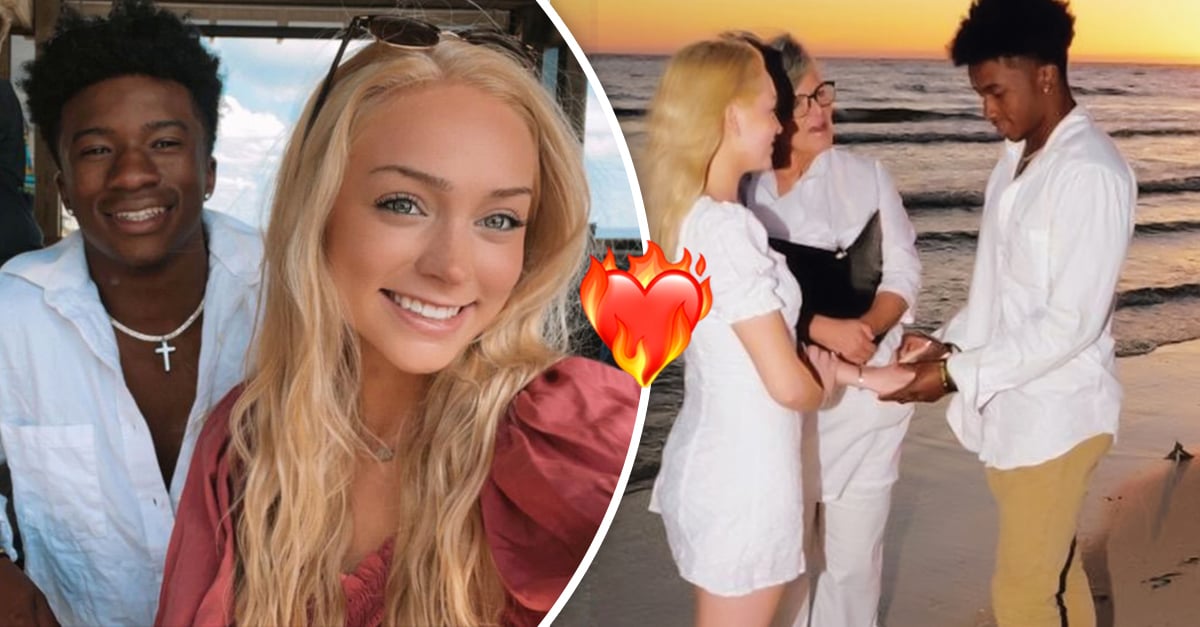 Normally going from the stage of courtship to marriage can take several years, but this couple only had to know each other for two short weeks to take the next step.

When content creators Clara, 18, and Trey, 20, met, they knew they wanted to be together forever, so they took all their stuff, went to the beach, and got married.

Clara and Trey met in 2018 and were dating over the summer break, but then had to split up. However, they continued to have contact for three years until they met again, then they knew that they did not want to be far from each other anymore. For this reason, through their TikTok accounts, they announced to their followers that they would marry.

Both traveled to Panama City, Florida, United States, where they had their impromptu wedding, bought rings that cost them five dollars, hired a minister of faith and a photographer to capture every little detail of the wedding, and only spent 200! Dollars!

The wedding was something that arose spontaneously, so they did not have time to plan every detail or to invite a family member or friend, that’s why they were the only ones, the minister and the sunset on the beach as witnesses of the love they feel. for the other.

When Trey first brought up the idea of ​​getting married, I was like ‘that’s crazy’ but we did it.

Their families were very surprised when they found out that they had only been dating for two weeks before making the decision to unite their lives.

Our families were shocked. It was shocking. They said that?! They did what?!’

But despite everyone’s surprise, they were relieved when Clara assured her parents that they were happy.

Their marriage happened very quickly, so they feel that they are still in the honeymoon stage. Also, in their little experience, they both told their followers that:

For us it was the right decision, but not everyone should do it.

brand apologizes to customers and employees