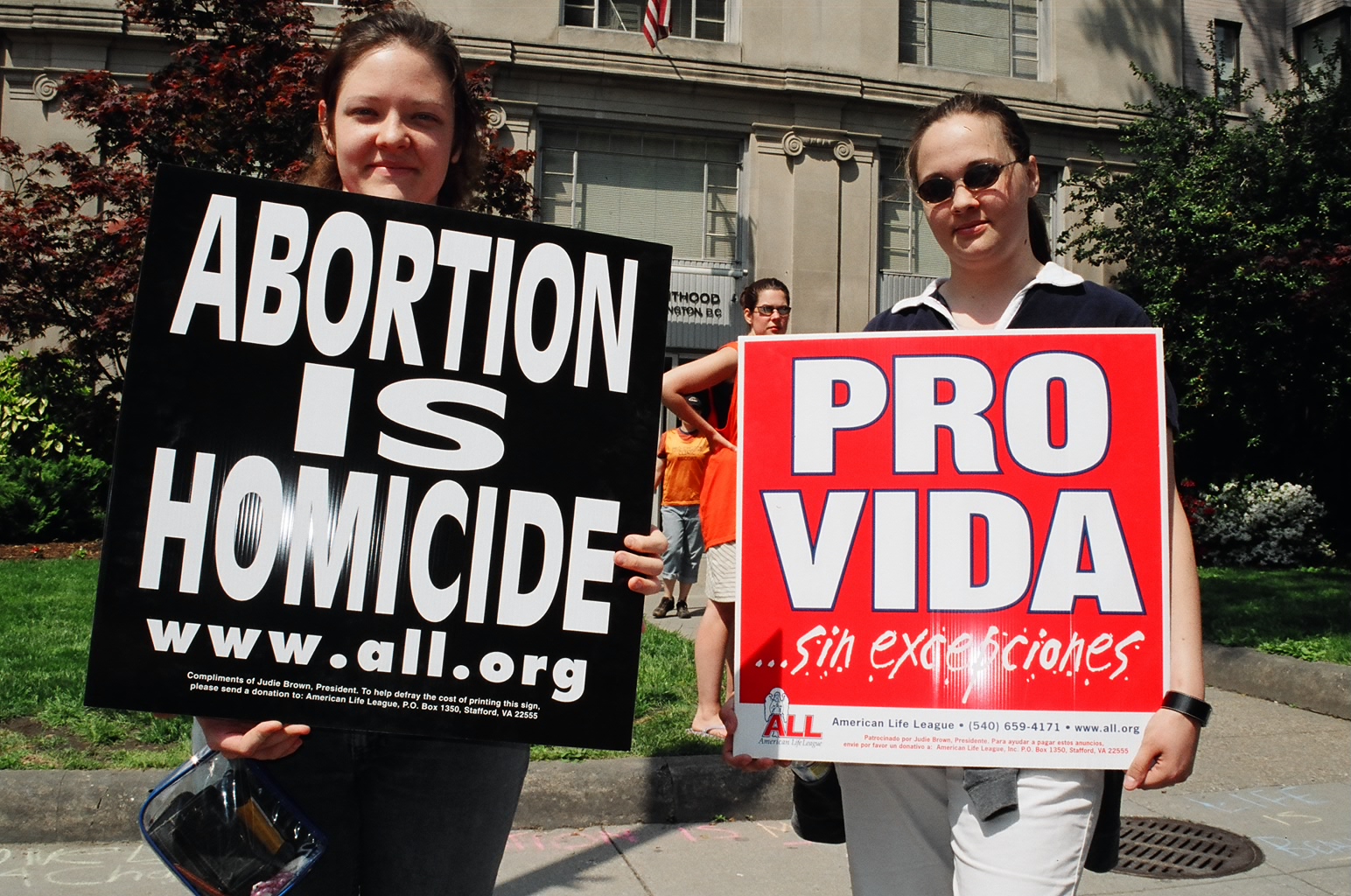 The decision on the abortion law in the United States continues to have unexpected consequences. One is the renewed role of so-called “crisis pregnancy centers” or anti-abortion clinics, which are tracking young pregnant women in databases. Also using Snapchat, the preferred channel of the new generations along with TikTok, to directly reach 20-year-old girls who are requesting a pregnancy test. Behind most of these ads, clinics that want to prevent these women from deciding to have an abortion.

And we have already seen this in the world of cinema. It is the demonstration that reality sometimes surpasses fiction. Like in one of the scenes from the last season of The Handmaid’s Tale, anti-abortion clinics are disguising themselves as those that do. The objective? Attract young women to their centers to have their data and thus know if they break the law by going to an abortion center in another part of the country.

This is how he tells it Bloomberg, which has been analyzing pregnancy test ads on Snapchat or TikTok. Something that, according to various investigations, has been found to finance with public funds intended to create alternative programs to abortion. As reported by the media, nine out of ten ads that talk about issues related to pregnancy are behind anti-abortion clinics or therapies that can be harmful to women’s health. Between them, promoting the pill to reverse abortion; a therapy that has been considered dangerous by the country’s medical institutions.

Messages that are not real; such as stating that it is necessary to have an ultrasound before aborting in order to delay the decision of these women. Or graphic images of the process with data that affirm that abortion – which uses what is known as curettage – is not safe due to the risk of hemorrhage. One that actually exists, but very far from the catastrophic data that these platforms take advantage of. In fact, according to data published by The Lancet99% of abortion cases are without medical complications.

Database victims to prevent them from aborting in other states

Be that as it may, many women end up -against their will- in centers where they will be explicitly told against abortion. How do they get it? In the first instance, these women are urged to go in person to the clinics to take a pregnancy test after having requested information. Also tracking the data of these young women through Snapchat maps based on their searches in order to find matches. Automatically, and when they go to one of these clinics, they begin to form part of a database that will have the mission of monitoring pregnancy and later condition of the baby. Also customs, medical charts, addictions to substances or any information of a personal nature. Emails or calls are a constant in these centers that, although they break a long list of laws, circumvent the situation with legal loopholes.

Read:  Ancient murder solved, thanks to a tiny DNA sample

In this way, if you traveled to one of the states that still maintains intact abortion rights, you could find out – and condemn – these women. By residing in a state where these practices are persecuted, they would have to abide by these laws if the owners of these databases made legal use of them.

And it is that platforms such as Snapchat or TikTok explicitly prohibit promoting false or erroneous information on health-related issues. Also against abortion if this implies giving false information with the ultimate goal of attracting young people into their preferred media outlet. In fact, after the publication of Bloomberg several of the ads have disappeared. But experts warn that it is difficult to trace the origin and publication of these types of ads, and social networks and platforms do not follow them intensively either.

Especially when there is active investment in promoting anti-abortion ads, especially targeting young women. Planned Parenthood alone has invested $178,000 so far in 2022 and $2 million on Facebook and Instagram to promote pro-life movements. A figure that has increased over the years as the resolution on abortion of the Supreme Court in the United States approached.