Home Update They steal 45 bottles of wine from the Atrio winery (Cáceres), one... 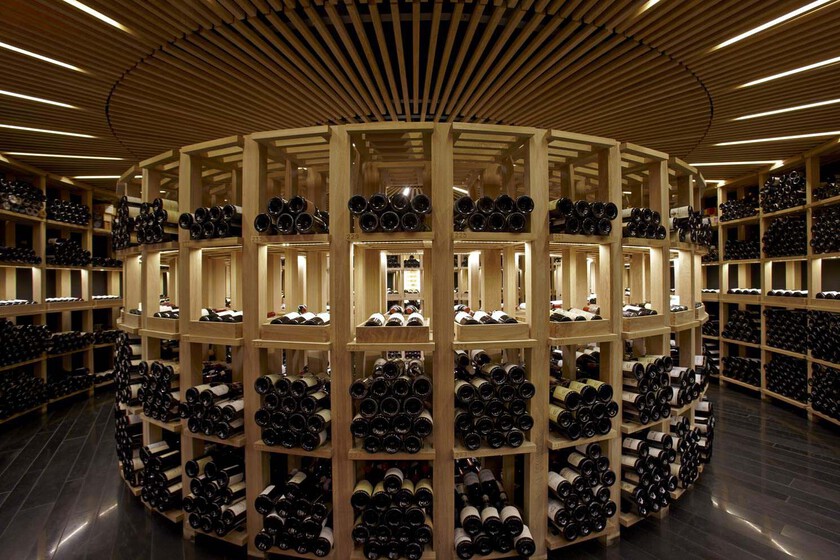 The restaurant from Cáceres Atrio, with two Michelin stars, suffered a robbery in your cellar, considered one of the best in Spain, in which 45 of its best wines were subtracted.

This has been communicated by the restaurant itself in a statement in which they explain that they are references “Bought for decades with a lot of effort and love ”.

Among them is the Chateau d´Yquem from 1806, a wine that José Polo and Toño Pérez, owners of Atrio, saved from a break two decades ago, which starred in one of the best known stories of our gastronomy. Pérez and Polo set up a whole system, in which experts from Christie’s auction house, the renowned winemaker Mariano García, and the team and Yquem’s own chief winemaker, Madame Garbey, participated to transfer the content to a new bottle, without the wine oxidizing.

The couple that commands Atrio had to travel from Extremadura to Bordeaux to carry out the transfer, an incident told one and a thousand times that saved a wine valued at more than 300,000 euros. A wine that has been unaccounted for since yesterday.

“That bottle was part of my personal history, almost part of me, of the history of Atrio, but also of Cáceres, of its citizens, of all lovers of the world of wine; she is the bottle, impossible to substitute for what effort, sacrifice and love for a profession and wine have entailed ”, explains Polo in the letter sent to the media. “215 year of the history of Spain, of wars, of times of peace and of the construction of a united Europe.

Read:  When will the new interface come to the VLC media player?

“They have taken part of our history from us”

For the moment, the details of the robbery are unknown, nor what references have been stolen. But if the thieves have selected the most expensive wines, it is easy that in economic terms it entails losses that, in market price, even reach half a million euros.

The newspaper Hoy, from Cáceres, assures that the Provincial Brigade of the Judicial Police de Cáceres is conducting an investigation that remains open.

For Polo, however, money is not the most important thing: “The worst of all is that they have not stolen money from us, not even objects, they have taken part of our history, from our hearts. At first we thought not to tell it; we were almost ashamed, as if it were our fault, as if we had consented, but in the end, after deep reflection, We decided to tell it so that it does not happen to others and for companions to protect themselves. I am finding out about robberies in restaurants and perhaps, if I had known before, this would not have happened ”.