They sell a Maradona shirt from “the Hand of God”; this they paid 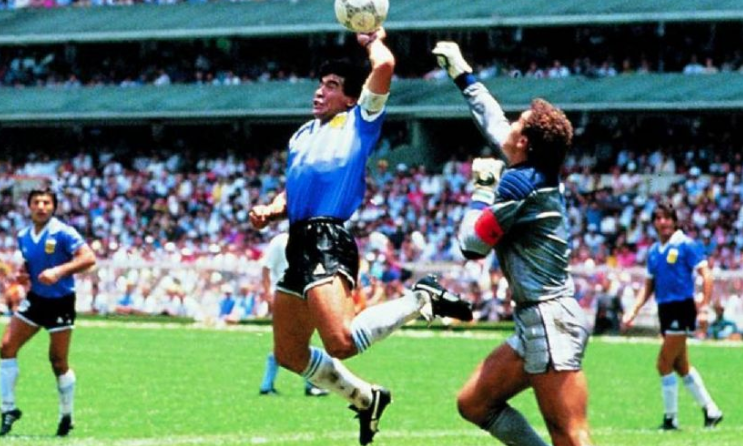 The shirt you will wear Diego Armando Maradona at the ’86 World Cup in Mexico and with which he popularized the “Hand of God” has been sold.

The figure of the iconic Argentine soccer player, Diego Armando Maradona, will always be subject to controversy both for his profession and for the steps taken in his personal life.

Be that as it may, although we are talking about a peculiar athlete, he was also a great resource for marketing and more so in times when the technology we have today did not exist.

Proof of this are the movies, series, documentaries and all the merchandising that has been generated around the so-called “best footballer of all time”also nicknamed as “fluff”.

Without a doubt, when we talk about Maradona, we are referring to a footballer who marked an entire generation and who, in Mexico, left an indelible mark on the history of sport itself.

This they paid for Maradona’s “Hand of God” shirt

Well known is the game in which Argentina eliminates England with two goals that have catapulted the elite of football: the “goal of the century” and, of course, “the hand of God”the goal with which the Argentine became a true football legend.

Read:  What will you learn in the Edem Digital Marketing Diploma?

The match was held on June 22, 1986 and it is, right now, one of the most remembered by fans, because it took place in a context in which the Malvinas War was very recent in the popular voice of Argentina.

More than 30 years have passed since then, and yet it continues to generate discussion among specialists in the field.a, but, now, it has been auctioned.

“This historic shirt is a tangible reminder of the important moment not only for the history of sports, but for the history of the 20th century”, was the description of the auction of the Maradona shirt corresponding to the “Hand of God”, for the which the amount of 7,142,500 million pounds was paid, the equivalent of 9,284,536 million dollars.

The auction began on April 20 and, as expected, received several offers, with a person from the Middle East who kept the jersey.

This day was the closing of said auction and it was until today that a person, whose identity is unknown, paid such an amount for the “most coveted shirt that has ever been auctioned.”” and now holds the record for objects of this type”, according to Sotheby’s.

It should be noted that the sale attracted several controversies, because the family of the former Boca Juniors player and Technical Director of the Dorados de Culiacán, who died on November 25, 2020, was not the one that the captain of the Argentine team wore. when he made history with his two goals, but it was the shirt he wore during the first half.

Said shirt has even remained for 35 years in the hands of English midfielder Steve Hodge, who had the good sense to exchange it moments after the match ended, as Maradona himself recalled in his autobiography “Touched by God”.