Bullfrag
Home News They rehabilitate and recover 20 offices of the Regional Hospital “Lic. ... 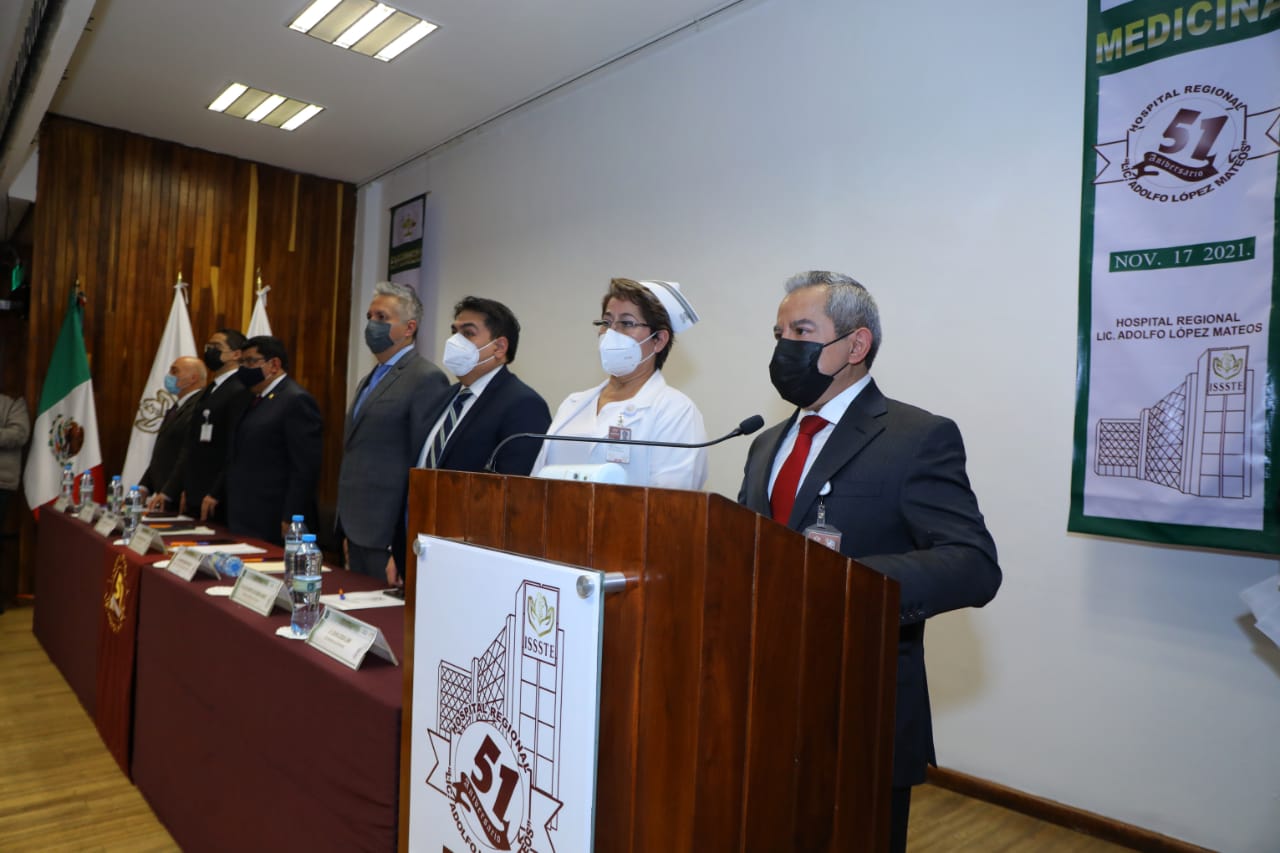 LaSalud.mx.- The director of the Regional Hospital “Lic. Adolfo López Mateos ”from the Institute of Social Security and Services for State Workers (ISSSTE), Valentin Herrera Alarcón, reported that a rehabilitation plan for its facilities was implemented to face and reverse the effects of an aging, disjointed infrastructure with years of neglect. This happens within the framework of the commemoration of the 51 anniversary of the unit.

Valentín Herrera indicated that, through the Executive Project of Reassignment and Recovery of Spaces, the operating rooms were renovated, rehabilitated and recovered 20 offices out of a goal of 117 in a single building.

Actions are also carried out to strengthen the teaching infrastructure for the benefit of nearly 500 residents, nursing and medical students, undergraduate interns, graduate students, and medical interns from eight universities.

Accompanied by the technical secretary of the Surveillance Commission, Heriberto Romero Peralta —On behalf of the general director of ISSSTE, Luis Antonio Ramirez Pineda-, and the president of the National Executive Committee of SNTISSSTE, Luis Miguel Victoria Ranfla, Herrera Alarcón announced important achievements, such as the strengthening of the Coronary Unit, the opening of the cardiac surgery service in adults, the consolidation of the AsISSSTE Infarct program and the provision of the Kinevo 900 neurosurgery team, the most modern of its kind in the country.

“It is our responsibility to transform it into a functional and dignified hospital, which continues to be the guarantor of two main functions: the assistance of providing highly specialized services to protect the health of the beneficiaries and that of contributing to the training of human resources in health of very high level, for the benefit of the Mexican population”, He emphasized.

After thanking the entire work team for their invaluable performance in the fight against COVID-19, he urged them to “to be alert and prepared, have the capacity to reconvert personnel, improve contingency plans and openness to adapt to changes.“

Read:  Tennis player En Shuo Liang manages to win in the qualifying qualifying round at the expense of Maryna Zanevska

He indicated that the COVID-19 Center for Diagnostic Care and Rehabilitation (CADyR) made it possible to reduce to the maximum the risks of spread of SARS-CoV-2, reduce mortality and reduce the surgical delay.

During the commemorative ceremony of the 51st anniversary of the regional hospital, and the Medical and Nursing Congress “The actions of health professionals in the face of SARS-COV-2”, The technical secretary of the Surveillance Commission, on behalf of the general director of ISSSTE, congratulated the workers of all areas and the government team for the courage, commitment and dedication with which they have acted during the pandemic, prioritizing the health of the population even with limited resources and adverse circumstances.

In turn, the president of the CEN of SNTISSSTE praised the outstanding work of the multidisciplinary team of professionals and technicians of the Regional Hospital. He said that human capital is the institution’s greatest asset and is essential to grow in awareness, warmth and dignity in the humane treatment of entitlement.