They offered him 6 thousand pesos

By NicolasDecember 13, 2022No Comments4 Mins Read 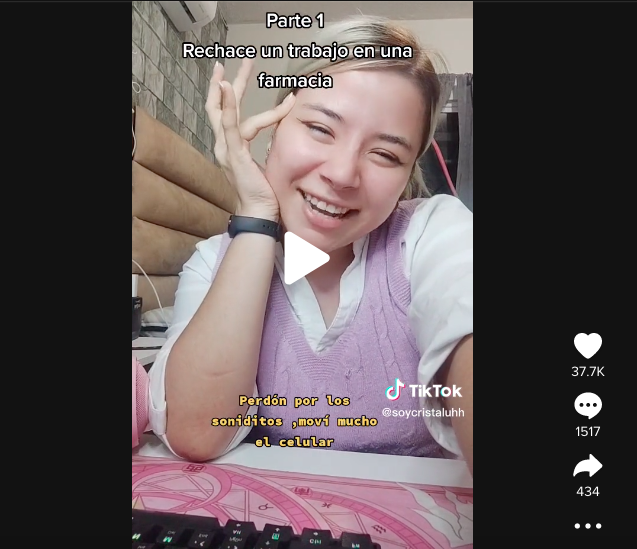 Making the decision to study Medicine is not easy because it is a career that is full of difficulties. In addition, more years of training are required than in other professions. Therefore, after so much effort, the least expected is to receive a decent wage. Some get it but there are thousands who don’t and the best example is a doctor who experienced a painful situation when looking for her first job.

In this sense, the field of action in which health professionals can perform is quite broad. But although there are options such as research or opening their own business, in the end, not everyone has the economic resources or the possibilities to undertake. Therefore, the most common is start working in offices attached to pharmacies.

These types of venues have seen an exponential increase over the past 25 years. Much of their popularity lies in their cheap prices, which is why they initially managed to attract low-income people.

On the other hand, at present its attractions are other. On the one hand, the service is immediate, in addition to the fact that there are clinics in any neighborhood. Therefore, it is more comfortable to go to these types of places instead of the public sector.

According to the Federal Commission for the Protection against Sanitary Risks (Cofepris) pharmacies already offer more services than the IMSS. With this you can understand its popularity. But one of the problems is that this model was created for the patients and not for the doctors.

Real history of the labor situation in Mexico

About this topic, the doctor behind the account @soycristaluhh He recounted his experience when looking for his first job. He is 25 years old and has just finished his degree. He also presented the National Examination of Applicants for Medical Residencies (ENARM) 2022 and approved it. Although his stage as a resident begins until March 1, 2023.

Due to the above, during the following months he has them free, so he thought it was a good idea to look for a temporary job to earn some income. As an option, it occurred to her to ask at a doctor’s office attached to pharmacies.

Nowhere does he mention the chain but he does offer details of what he experienced at the work appointment. Based on what they explained to her, the activities were quite simple because she had to see patients and perform the functions of a first contact doctor. He also mentions that the office was well equipped and had enough to offer decent treatment.

The problem came when asking about his salary. What they told him is that they would pay him 3,000 pesos biweekly plus commissions for the sale of medicines. In addition, the work day was extreme. Due to the lack of personnel, the hours were from 7 in the morning to 11 at night to cover two shifts.

Naturally, the doctor rejected what could have been her first job. She makes it clear that although she needs the money, she does not consider that so many years of study and sacrifice are worth 6,000 pesos a month.

In addition, he also mentions that he now understands the reason why doctors often saturate their patients with medicines. It all stems from the fact that they are paid for each drug they prescribe, even though they are often not necessary. But the saddest thing is that this story of exploitation is repeated frequently within the health profession.

I know it’s a controversial issue (because I saw it in debates on Twitter some time ago) of pharmacy offices because they are dedicated to clogging people with medicines… but sometimes it’s also the only thing people can access… What fucking complicated…..In short, I already let off steam. #medicine #medicine #pharmacy

Doctor sends a message to interns: ENARM is not everything

At least 32,000 pharmacy offices do not have permission from Cofepris