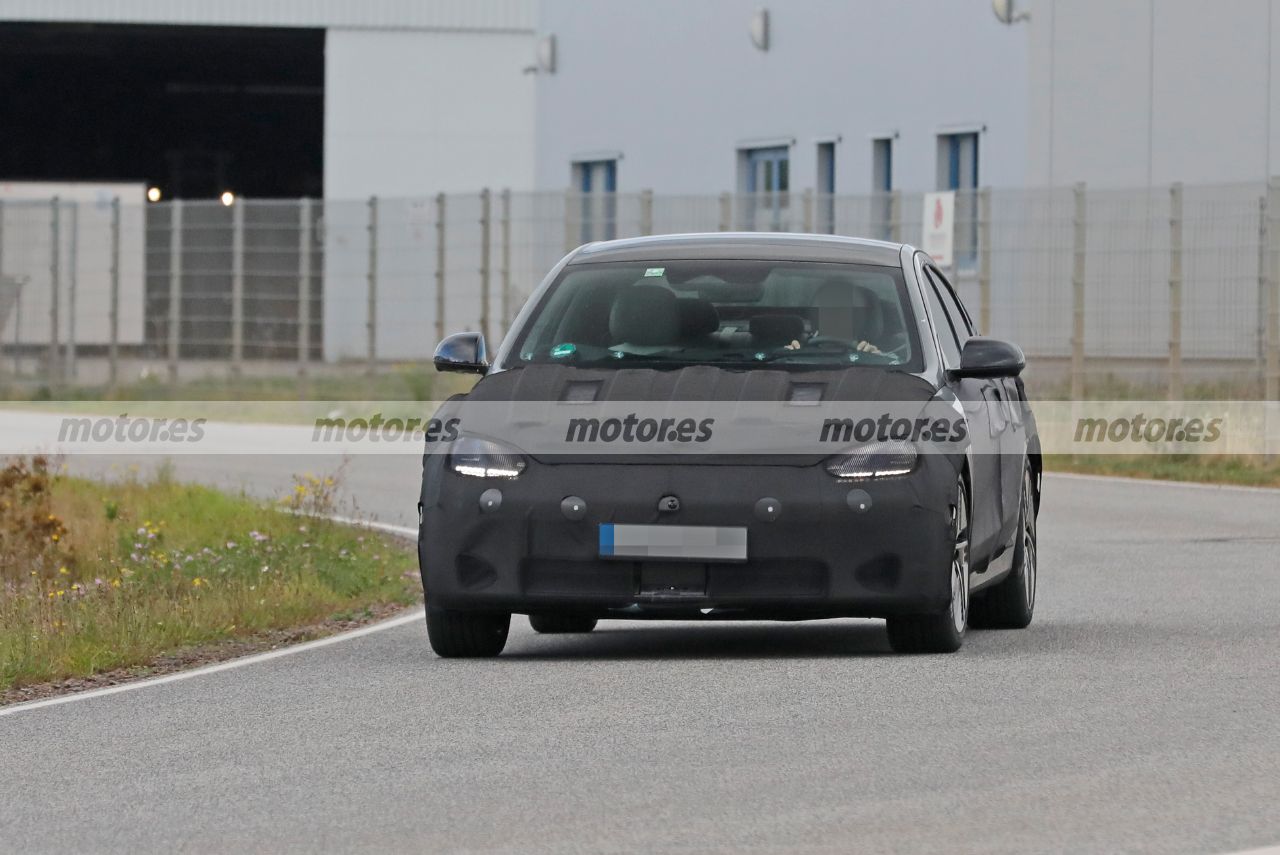 Development of the new Hyundai IONIQ 6 2023 continues around Germany. The South Korean firm prepares the transfer of its prototypes to Sweden for winter tests in the first weeks of the year, as is customary. The second electric model, a saloon, remains perfectly camouflaged without revealing a detail of the avant-garde Prophecy concept.

The new Hyundai IONIQ 6 2023 It is one of the most anticipated electric models that will hit European roads in the first quarter of 2023, although we will see it without any camouflage in the second half of the present, and just released, new year. The second model of the new range of electric cars of the South Korean brand will reproduce the advance design in the cutting-edge Hyundai Prophecy concept.

The production prototype of the IONIQ 6, already seen in other spy photos, conducts tests around the headquarters in Russelheim, Germany, before moving to the winter tests that, as every year, South Koreans face in the second half of winter in the north of the Scandinavian peninsula. The firm’s technicians accumulate thousands of kilometers fine-tuning all the systems, but with great care not to reveal a single detail of the design. In fact, those that are appreciated are few, as the curved roof line inherited from the conceptual advance.

Index hide
1 The Hyundai IONIQ 6 2023, a year and a half in tests without losing camouflage
1.1 New render of the IONIQ 6 2022, the Korean electric saloon that will assault the D segment

The Hyundai IONIQ 6 2023, a year and a half in tests without losing camouflage

Unlike this, the posterior abutment is more conventional housing a triangular window larger than the concept itself, while the front and rear will offer a look as futuristic as the first model. The brand’s first electric saloon, known internally as “CE”, will feature Full LED headlamps with attractive bright pixel technology on the back. It is striking where Hyundai has mounted what appears to be a tiny front camera in the center and on the fold of the bumper.

Read:  38 points define the fight for the WRC title after the Ypres Rally

The new IONIQ 6 will also feature highly aerodynamic alloy wheels, which will prevent wheel turbulence increasing efficiency to the highest level. A very attractive set with which it will assault the D segment on the European continent where, to this day, it does not have a representation with a combustion model beyond the Hyundai Santa Fe, which is an SUV. The intention of the manufacturer is to get ahead of the competitors, since will follow the same business strategy as the IONIQ 5 with a special launch edition.

New render of the IONIQ 6 2022, the Korean electric saloon that will assault the D segment

The IONIQ 6 will be the fourth model built on the “E-GMP” platform, the Korean giant’s specific architecture for electric cars. A base with which it will offer a very large interior space for five passengers, and benefiting from the arsenal of technology that the crossover has released, but which will have the true differentiating element in the longer wheelbase. More charging capacity in batteries equipped with up to 77.4 kWh net, thereby ensuring a maximum autonomy of between 650 and 700 kilometers, according to versions. Where no differences are expected will be in the power figures of the electric motors compared to the IONIQ 5, also keeping an offer of an electric motor-rear wheel drive- and two electric motors and all-wheel drive.