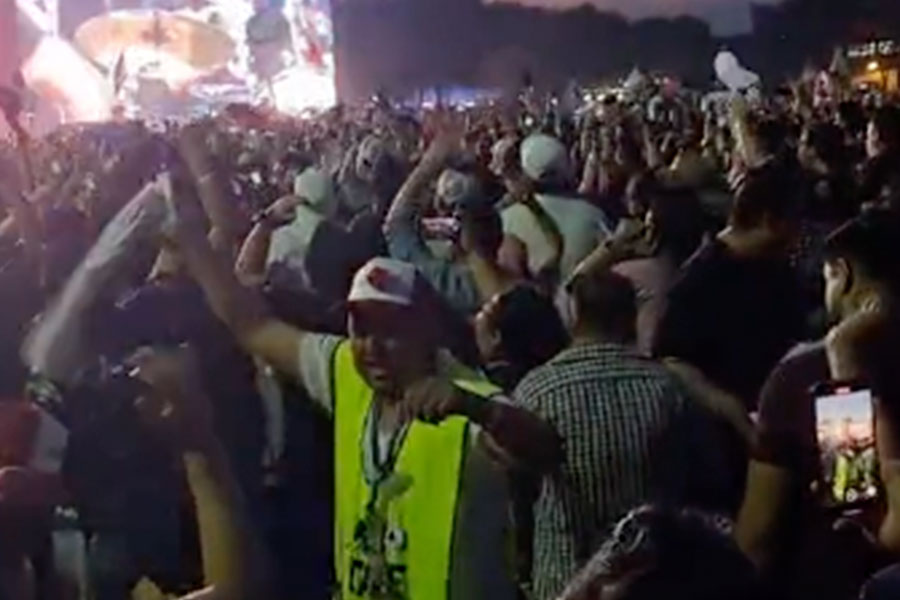 At Pa’l Norte festival found the happiest beer vendor in the worldwho danced to the musical rhythm of Los Caligaris and now the band is looking for him.

The massive music events (concerts and festivals) have allowed millions of people to listen to their favorite bands or artists around the world, who can listen live to their proper instruments or voices that have led them to be highly known in the industry, thus fueling the economy of various sectors , such as concerts and all the products and services that are sold around them (such as merchandise, beers, food, etc.); however, this industry was considerably affected by the arrival of the pandemic.

According to the graph shown by Statista on the number of tickets sold to attend some concerts of the main musical tours Worldwide, during 2019, 57.7 million tickets were sold, while in 2020 there were only 13.4 million of them; however, these are increasingly returning to normal (little by little), since in 2021 19.03 million tickets were sold, a considerable growth if we take into account the pandemic experienced in recent years.

This would imply a shortage of employment in those belonging to the music industryas well as audio engineers, artists, vendors, sponsors and others who earn income through these activations.

Fortunately for some, the effective vaccination process and the considerable decline in Covid cases have meant that more and more of these events can be carried out, such as the Bad Bunny concert (which achieved a virtual queue of more than 300 thousand people), the recent Coldplay concerts and the Tecate Pa’l Norte Festival.

A user on social networks has managed to find the Beer vendor “happiest in the world” at the Pa’l Norte festivaldancing to the music of the Argentine band “The Caligaris“, which is happily appreciated serving his product while listening to music.

The energy of this beer seller doing his job happily has achieved endless positive comments about it, where users mention “what a good vibe from the Lord”, “I hope and they invite you to something, at least a greeting from Los Caligaris”“if he enjoyed working, I don’t want to imagine if he would have attended as part of the public”.

Read:  An inside look at Jurassic World: Dominion

Taking into account the reaction of netizens, The Caligaris They made an announcement through their different social networks, such as Facebook and TikTok, calling for users to help them find the happiest seller in the world and invite him to one of their events.

@loscaligarisoficial Thank you @otisbergermx for capturing the Happiest Botero in the World!! do you know him? We want to contact you!! #Caligaris#tecatepalnorte #degiracontiktok ♬ original sound – The Caligaris

This fact has aroused the emotion of Internet users, who are in favor of the band doing everything possible to invite him to one of their concerts, thus improving the perception of The Caligaris before the digital sight.

Clearly, these high-caliber artists do not need more facts besides their music to stand out in the world of entertainment, but they constantly take advantage of carrying out different actions with which they manage to further viralize their brand and awaken different feelings in people, increasing thus the emotion of going to one of his concerts.

We are seeing an example of this with the last actions of the Coldplay tour, where the group played the song “Different is OK”, while a Mexican boy with autism was brought on stage to sing along with them, who also already has with a viral precedent with the band since 2016, a fact that has managed to position the band in the eyes of Internet users.

Artists have an opportunity to further viralize their image if they commit to creatively interacting with their audience.

They lend him a botarga from Dr. Simi and fulfill “the dream” of Internet users

Chart of the Day: Union Growth in the Tech Sector