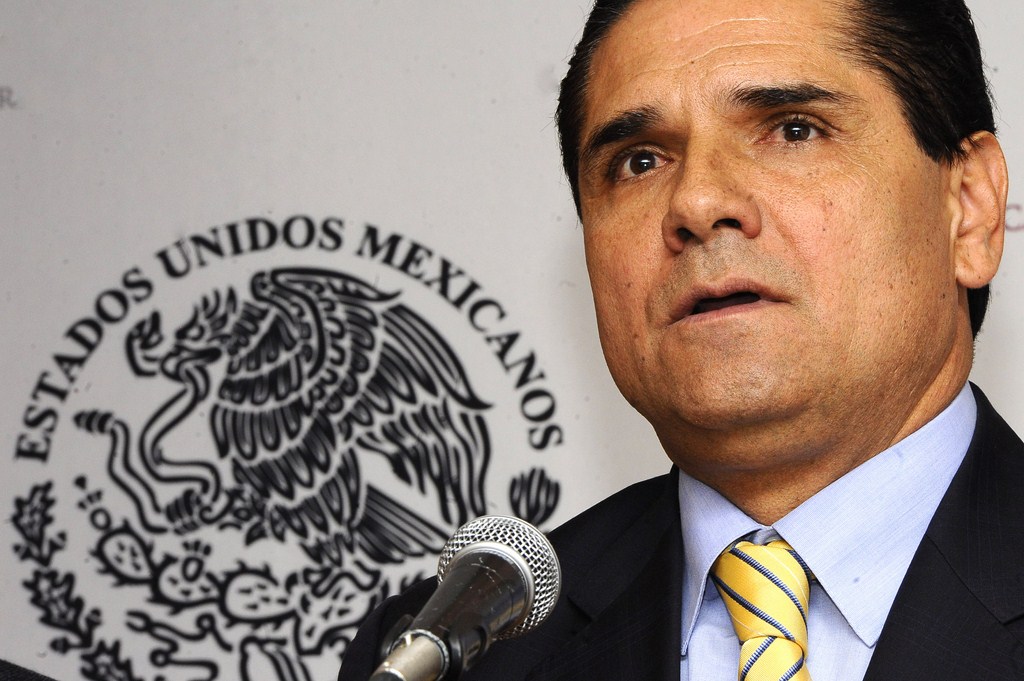 EFE.- The current government of the state of Michoacán detected an alleged fraud of 5,186 million pesos from former governor Silvano Aureoles, together with a construction company in charge of building barracks with alleged cost overruns.

The company was in charge of the construction, leasing and purchase of 7 police barracks, where apparently there were luxurious rooms with bulletproof armor, as denounced this Wednesday by the Government of Michoacán.

Alfredo Ramírez, current governor and successor of Aureoles, denounced that The Superior Audit Office of Michoacán (ASM) investigates the alleged fraud for 5,186 million pesos, in the construction, the unusual lease and the final purchase of the regional headquarters of the Michoacán State Police in the municipalities of Apatzingán, Lázaro Cárdenas, Coalcomán, Jiquilpan, Zitácuaro, Uruapan and Huetamo.

Ramírez assured at a press conference that the barracks have administrative spaces and dormitories for police officers, built with low-quality materials, such as walls and ceilings made of plastic sheets, although each complex has a private area that was exclusively destined for former governor Aureoles.

Are private areas are equipped with bulletproof armor and luxurious furniture in a room, living room, dining room and a complete bathroom.

The exclusive spaces for the ex-president are located a few meters away, and with private access to heliports, said Ramírez, from the ruling National Regeneration Movement (Morena).

Ramírez explained that this model of corruption was based on the payment of seven executive projects – one for each complex, when it should have been only one – with the existence of a construction surcharge.

In addition, this company was subsequently rented out and, finally, there was a final purchase by the state government of the seven barracks after paying millionaire leases, the lack of documentary evidence of the delivery of the properties and the lack of equipment.

The administration of Aureoles -of the leftist Party of the Democratic Revolution (PRD) – used in March 2016 the Subcommittee on Acquisitions of the Public Security System to award directly to Inmobiliaria DYF SA de CV andl contract for “The Development and Leasing Service of 5 Security Complexes”, in Huetamo, Coalcomán, Apatzingán, Jiquilpan and Zitácuaro.

Read:  Artificial intelligence to understand spider webs in the dark

This process was repeated on December 21, 2017, under the same concept, to build the Lázaro Cárdenas and Uruapan complexes.

For example, the contract establishes that 452.1 million pesos were allocated to the Apatzingán barracks, for the executive project, leasing and maintenance.

However, the Government of Aureoles decided to “buy” the property on September 28, 2021 – two days before the end of its period – for 239.8 million pesos.

Aureoles and the construction company have not yet ruled on this alleged act of corruption.

This discovery adds to the recent discovery of a luxurious bunker with bulletproof walls and windows, as well as jacuzzis, sauna bath and a secret passage, which Aureoles would have used in the official residence of the state president, located in the city of Morelia, capital of Michoacan.

Although Aureoles said that during his term – from October 1, 2015 to September 30, 2021 – he did not make any changes to the so-called Government House, a recent investigation showed that in August 2020 his government paid 14 million pesos to the company “RECAM Construcción SA de CV” for the expansion, improvement, rehabilitation and modernization of the official residence.