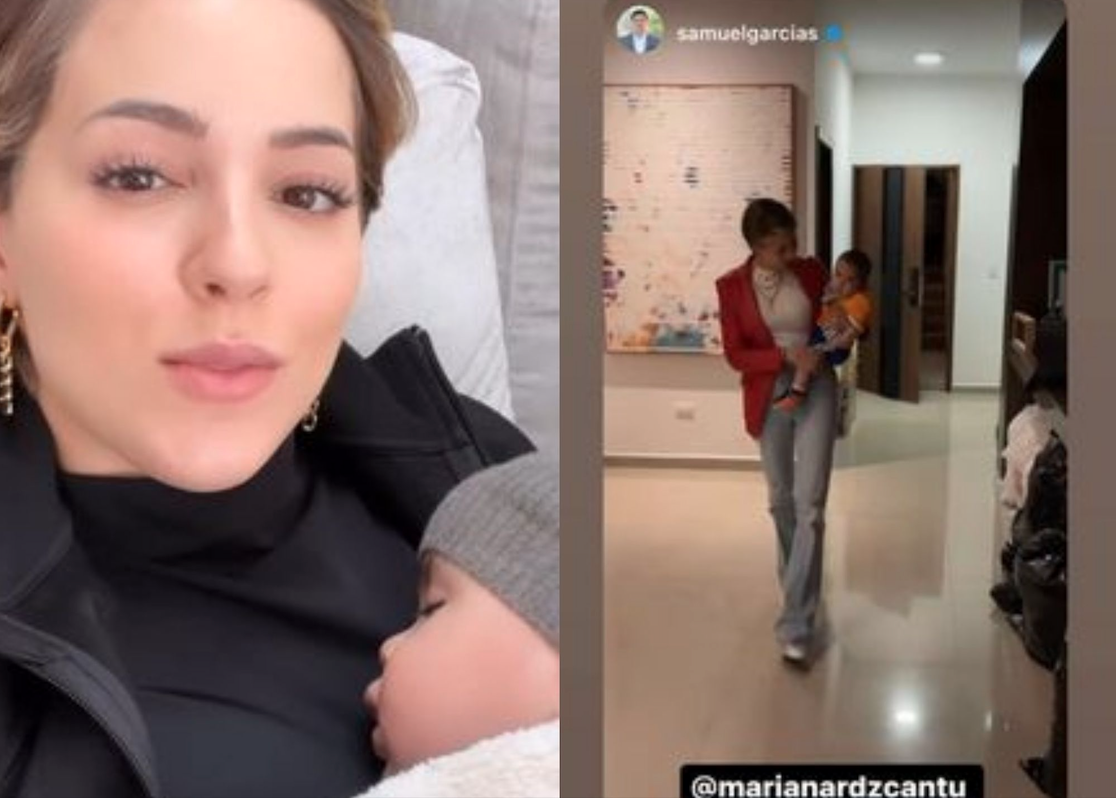 Governor of Nuevo Leon Samuel Garcia Sepulveda and his wife Mariana Rodriguez Cantú were criticized and praised by users of social networks and the media after obtaining a family cohabitation permit to take care of a baby from the Capullos Comprehensive Family Development Center (DIF) for only two days.

Index hide
1 a controversial couple
2 Mariana Rodríguez asks the DIF for permission to take in a baby for a weekend; opinions are divided in social networks

Marian Rodriguez, influencer, businesswoman, model, head of the AMAR Office and wife of the current governor of Nuevo León, has taught us the power and importance of connecting with the audience on social networks.

The latest controversies in which their relationship has been involved take us back a couple of months when the National Electoral Institute (INE) valued the publicity of the influencer made in support of her husband during his campaign in 27.8 million pesos.

According to the INE, he must have charged for sharing videos and photographs with the Citizen Movement (MC) candidate in his accounts. But, after a long process, the couple was found innocent.

Passing the problem with the INE, what has caught the attention of the political and social world is the commitment of the first lady of Nuevo León with her actions in the DIF Capullos.

One of his acts that moved the country was when in solidarity with a child suffering from leukemia he cut his hair, in order to accompany you in your process; Another great act that went viral was bringing Christmas to the children of the state center.

In recent months, Mariana has dedicated her life to childhood and adolescence in Nuevo León., and in his work He presumes on his Instagram the link he has made with a minor named “Emilio”, a baby who suffers from “schiencephaly with an open right lip, umbilical hernia and a history of crisis”, clarified the influencer his Instagram.

Read:  There is a world where "things", "better" and "should", among others, are bad words

Mariana Rodríguez asks the DIF for permission to take in a baby for a weekend; opinions are divided in social networks

After the DIF gave the couple the family cohabitation permit –which occurs when there is a bond between the child and the family– During a weekend they began to upload photographs with the infant being part of their activities.

“It still can’t be fostered because I’m not certified,” said the head of AMAR in an Instagram story.

Both shared in their stories Instagram photos of Emilio finishing his bath, eating, relieving himself, sleeping, waking them up at 1:30 in the morning, giving him his medicine at 6:00 in the morning, even dressing him in the Tigres uniform and “phospho phosphor” tennis shoes. ”.

In this regard, the media “El Deforma” mentioned that the adoption only for the weekend seemed like Blockbuster’s rent-type scheme.

Too, the Director of The Mexico News argued through a thread of tweets that as far as she had understood “children cannot be taken out of the shelter, as if they were toys and then returned as if nothing had happened”.

Mariana Rodríguez “adopted” a cocoon baby for a day. I HOPE there are protocols to do that, because as far as I understand they CANNOT REMOVE the children from the shelter, as if they were toys and then return them as if nothing happened.

Although many Internet users commented that they were using the baby as a political tactic, Mariana Rodríguez clarified on her Instagram that she is very excited about the issue of foster care and is working on the issue to train interested families and the positive comments were not long in coming. arrive.

“When we are used to living in a society where no one gives way without a huarache, we question what some do without receiving anything in return. If she really is doing it with her heart…. Applause”, says the @mamasindormir account on Instagram.