They create the “puerconcha” to pay for studies and successful entrepreneurship 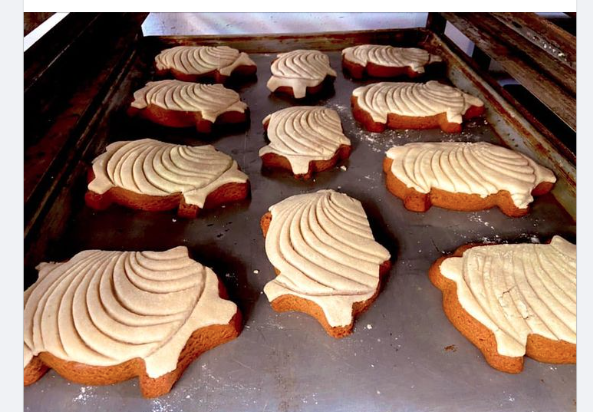 In order to “continue innovating and preparing”, a group of students from the National System for the Integral Development of Families (DIF) created the “puerconcha” and the initiative is causing great sympathy in social networks.

In the world of entrepreneurship -it is said-, the possibilities are endless; It is a risk that, today, not many usually take. In the end, it is a decision that corresponds to each person or group of individuals to carry out a business idea.

The pandemic, as in many other cases, has been responsible for the existence, at present, of a significant number of entrepreneurs, who, as a result of the health emergency, lost their jobs and, as a way of obtaining profits, resorted to entrepreneurship.

It is so, in Mexico, by the end of 2021, 2.1 million people lost their jobs as part of the fallout from the pandemicaccording to data from the National Institute of Statistics and Geography (INEGI).

In this sense, for a significant number of people, the response to the crisis generated by the health emergency was entrepreneurship, either as a new business modality or even for those who needed to cover essential expenses, such as education.

Information of the Association of Entrepreneurs of Mexico (ASEM) announces that, currently, in the country, there are more than 4.4 million micro, small and medium enterprisesof which 35 percent are being promoted and led by young entrepreneurs who, for the most part, range between 26 and 35 years of age.

Under this modality, as mentioned at the beginning, the possibilities are endless and people are increasingly looking for a space with which they can generate profits that help them cover various expenses.

DIF students in Durango invent the “puerconcha” and succeed with entrepreneurship

A group of students of the bakery workshop of the National System for the Integral Development of Families (DIF), in Durango, resorted to their inventiveness to create the “puerconcha”that is, a shell in the shape of a pig that, in social networks, is gaining the sympathy of a large number of users.

According to the publication of the Municipal DIF in Durango, it is an initiative developed by the students of the bakery workshop, who, “in their desire to continue innovating and preparing, created this delicacy.”

“Excellent initiative, where can I buy them?”; “The best! What creativity!”; “Wow! How much do they cost and where do they sell them? Congratulations to the Municipal DIF”; “Yummy, I want”; are some of the reactions deposited in the “box” of comments.

Mexico is, in short, an important bakery consumer, as revealed by the National Chamber of the Bakery Industry (CANAINPA), which indicates that the annual per capita consumption of bread is 33.5 kg, of which between 70 and 75 percent corresponds to white bread, and the remaining 30 to 25 percent, to sweet bread, cookies and cakes.

Even white bread and box bread are part of the basic basket of the National Institute of Statistics and Geography (INEGI).

Without a doubt, the inventiveness of the students has surprised more than one, a fact that demonstrates the importance of entrepreneurship today.