they clone his ticket and leave him out of concert 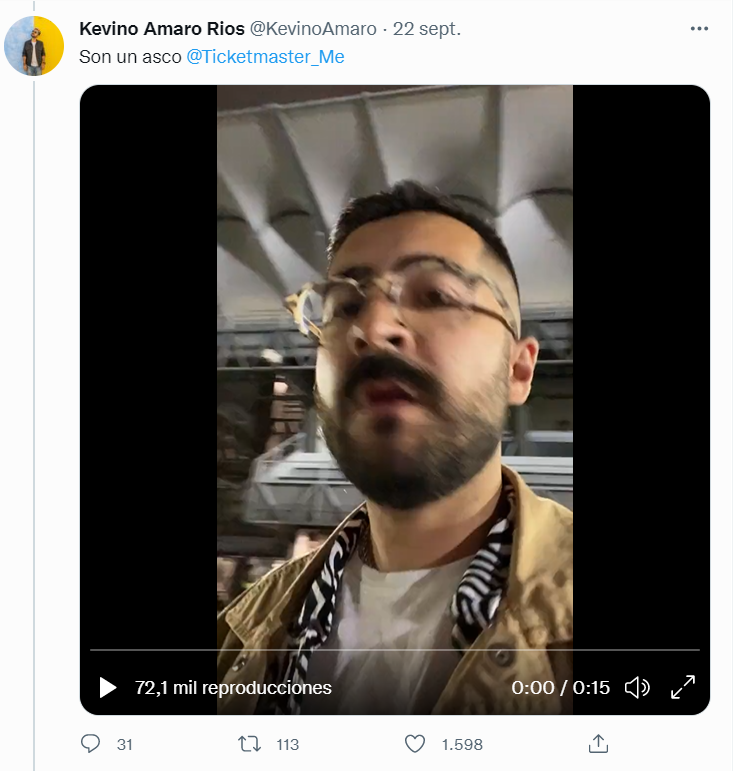 Around 65 thousand attendees will be able to enjoy the Dua Lipa concert as part of her tour Future Nostalgia at the Foro Sol in Mexico City; However, not everyone will be able to enjoy the concert because they reported that their tickets were duplicates, which is why they were prevented from entering the venue. Faced with this situation, various users explained that it is not the first time something like this has happened and expressed their concern.

In social networks, various users of ticketmaster They denounced that, despite printing their tickets on time, on the day of the concert they found that their tickets had already been used.

On Twitter, the complaint of a user identified as Kevin Amaro who explains that they did not allow him access to the venue because his ticket had already been registered:

I physically presented this ticket at the sun forum access. Can you explain to me how it is that access had already been registered if I had it in my hand and was presenting it? (This photo is from now) I never took photos of my tickets when they were printed. pic.twitter.com/YuyjOyoFV6

In another tweet, the Internet user mentions that he bought his pre-sale tickets long before the concert and assured that he kept them saved until the day of the event.

I bought my tickets from @dualipa in direct presale in @Ticketmaster_Me last year and I printed them months ago in @MixupTeam Delta Park. After printing I kept them in my bedroom for months. Today when I arrived at the access gate my ticket had already been used @AttentionProfeco pic.twitter.com/YS0r9eYksk

Various users on Twitter recounted their experiences similar to what happened:

I printed on Gandhi how curious it is that Gandhi no longer exists. I paid them and today it turned out that they canceled the least of it. I’m going to file a complaint for clarification and they’re going to return my money, but the bad experience deluded her. Ready? They are really crap

Apparently many people will not be able to access Dua Lipa’s concert today, although their tickets were purchased in presale they did not have access! I hope that @Ticketmaster_Me can fix that!

Wow, how ugly to live in fear of being confident that you already bought your tickets at ticketmaster, etc., BE SURE that they are not fakes and that at the entrance of the concert they tell you that someone else has already entered with them and you cannot pass. Kpkm.

Even the affected young man made a call to Profeco to attend to his complaint and that of other users. In addition, he added that, more than the refund money, this serves to spread security problems in Ticketmaster and for the Consumer Protection Agency (Profeco) to take action in favor of users.

More than the refund money, that this serves to know that the ticket mafia operates from within @Ticketmaster_Me #Ticketmaster How did a ticket bought in pre-sale and printed on Mixup come to be cloned?

In this regard, Profeco published in its official account:

🔵If you were affected by #Ticketmaster for the following reasons:

❌Cancellation of any event
❌ Refusal of refund

It is not the first time that the ticket booth has been in the eye of the hurricane, as we told you in Merca 2.0, a similar case happened at the Coldplay concert in Monterrey, where various users denounced on Twitter that minutes before the event they they canceled their tickets, in addition, they reported that they had bought them many months in advance in official establishments

Read:  A Skyrim VR player adopts a cat to take him on a fantastic journey

At the moment Ticketmaster has not given a direct response to the user, which is expected to know that they already have an action plan and prevent this type of event from continuing to happen.