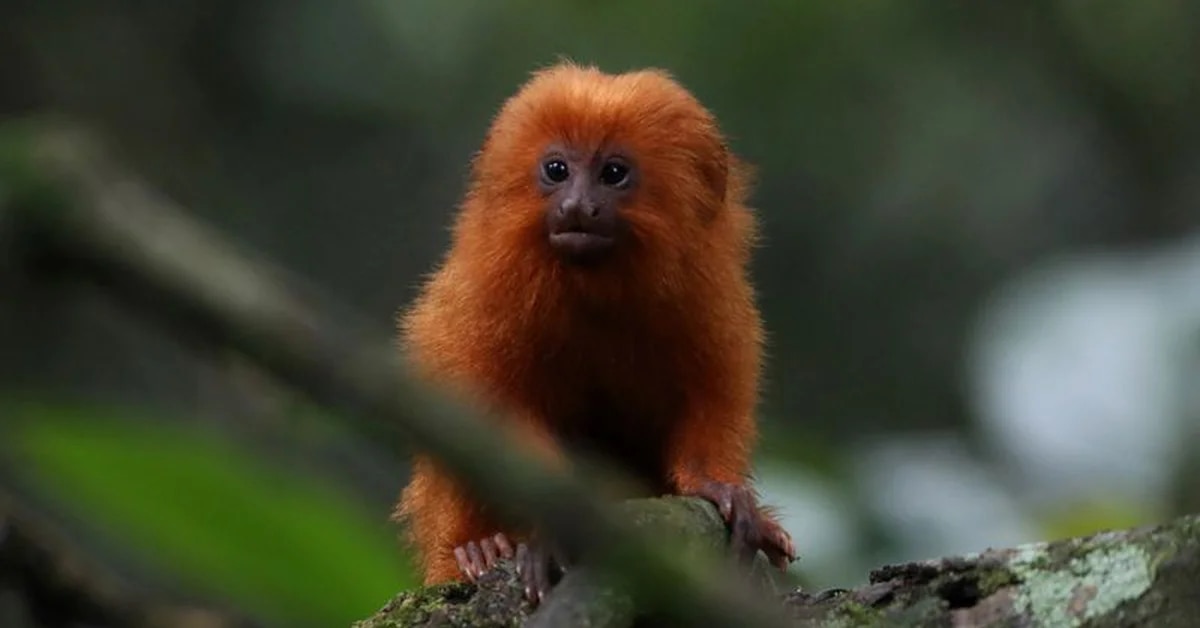 A group of environmentalists and conservationists in Brazil built a ‘pedestrian’ bridge for monkeys over a heavily traveled Rio de Janeiro highway.

The project was thought as a response to the worrying drop in the population of the golden lion tamarin, a species that is threatened in its survival.

The Atlantic Forest of the state of Rio de Janeiro is the only place in the world where the species still exists in the wild.

The highway separated the monkeys from their natural habitat. Photo: Reuters

The golden lion marmosets were feared to have become isolated in a small area due to a road, but now the bridge over the road, which is covered with trees and plants, is expected, help monkeys access more wooded areas.

“Scientists have shown that the population living there would be completely isolated from the other side of the road and that would create a real problem in terms of conservation.”said Luis Paulo Marques Ferraz, executive director of the metapopulation project that works to protect the number of golden lion marmosets.

The bridge is a ‘pedestrian crossing’ for golden lion tamarins to cross the highway in Rio de Janeiro and access more forested areas. Photo: Reuters

“Genetically that population would be isolated and that is really bad. We need a large, protected and connected forest “, He said.

Conservation efforts over the past decades have managed to increase the numbers of golden lion tamarins, causing the species to rebound from the brink of extinction.

Read:  He won half a million dollars in the United States lottery, but he is undocumented and cannot collect it

But an outbreak of yellow fever in 2018 wiped out 32% of the population. At present, it is estimated that there are only 2,500 golden lion marmosets in the wild.

Image of an ecological bridge that serves as a corridor for the golden lion tamarin to cross an interstate highway in the Atlantic Forest of the Silva Jardim municipality, Rio de Janeiro state, Brazil. December 2, 2021. REUTERS / Pilar Olivares

The bridge, built last year, has been planted with trees, shrubs and plants in the hopes of making a natural corridor attractive to primates. The vegetation is still young and will take time to grow to a usable size for monkeys.

Ferraz said a population of 2,000 golden lion marmosets should have at least 25,000 hectares of forest. But the forest is fractured, cut by pastures, roads, and villages.

The golden lion tamarin has lost about 95 percent of its original habitat in Brazil, conservation groups estimate.

There are only 2,500 golden lion tamarins left in Brazilian forests. Photo: Reuters

“That is why this bridge here was so strategic and important for the conservation program”, Ferraz said.