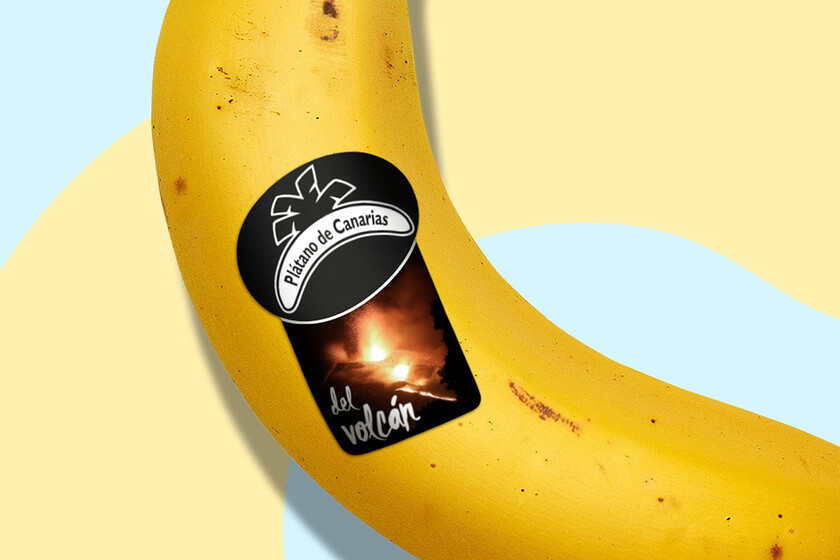 The eruption of Cumbre Vieja volcano of La Palma It is seriously affecting the banana plantations of the Canary Island, one of the main economic engines of its population. To help release the affected individuals, the Government has published a temporary exemption from the banana marketing standard. In addition, from Plátano de Canarias they have launched a special label that identifies the specimens damaged by the volcano, but perfectly edible.

The temporary modification of the rule was opened for public consultation at the end of October until last day 8, establishing a very short term given its urgent nature. It has been finally published today in the BOE and will come into effect as of tomorrow, Thursday, the 11th, and will apply over a 12 month period.

In this way, the Ministry of Agriculture, Fisheries and Food allows bananas from La Palma to be released, which, although aesthetically they seem damaged, are a safe product and suitable for consumption. They are bananas intended for free distribution and catering areas, as well as the destinations of the withdrawals included in the Program of specific options for remoteness and insularity (POSEI) for the Canary Islands, to avoid food waste.

For its part, the PGI Plátano de Canarias has launched a special campaign to support palm producers with a special design of its black label that picks up the motto “of the volcano” and an image of it erupting, along with the brand’s own logo.

This label allows you to quickly identify bananas from La Palma that, despite having a damaged or aesthetically less attractive appearance, retain their pulp intact and without this appearance having affected its taste or organoleptic properties. It is a simple way for the consumer to understand the reason for these apparent damages and to support the island’s population with their purchase.

Read:  Try the new MIUI on your mobile POCO before anyone else