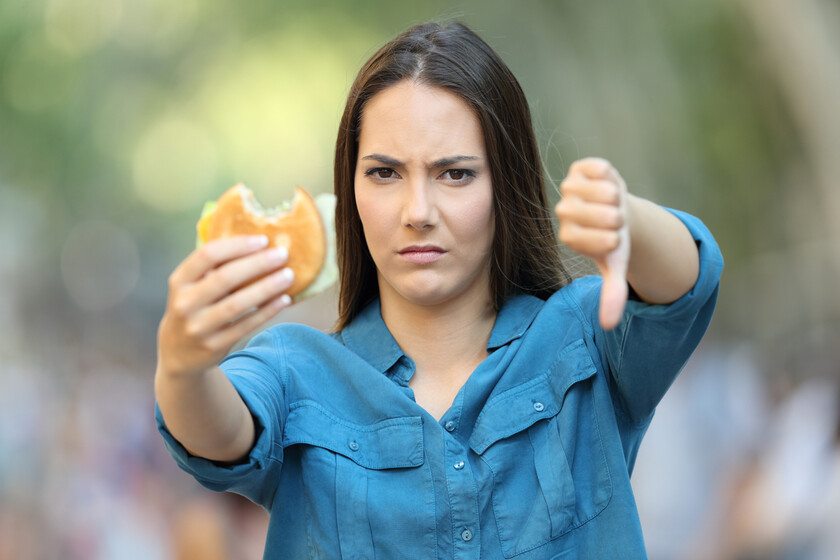 Our brain needs food to function properly. What happened to your gasoline car if we put diesel or water in it? Sooner than later it would stop working properly and serious breakdowns would appear. Our body has the same mechanism: if we give it the right nutrients it will take us where we want, but if we give the wrong ones we can find some “slight fault” as a worsening of cognitive abilities or with some more serious. What are the worst foods for the brain?

When we get the fruit of the land, it comes in its complete form, as a whole grain. If we refine that fruit we will obtain a refined grain. Wheat is one of the most consumed, being white bread, refined wheat flour and pasta the most ingested foods of this group.

A diet high in refined carbohydrates can lead to neurocognitive deficits. When we eat too many refined grains our metabolic behavior is altered, we tend to have a increased inflammation and worse vascular function.

That whole combo makes our cognitive function worse in the first place, and can have serious long-term consequences. The Chronic inflammation is the main cause of onset and worsening of diseases. Many studies are those that associate greater complications in those admitted for Covid-19 who showed greater chronic inflammation.

A worse vascular function is as if our pipes were narrowed and also were of poorer quality. That makes the flow of oxygen and nutrients to the brain is worsewhich manifests itself with worse results in tasks that are cognitively demanding.

The recommended limit of sugar that is not present in the food itself has been falling lower and lower in the last decade. Curiously, its consumption has been increasing at the same time that the limit was getting lower and lower. The most worrying is not the sugar itself, but everything with which it is related.

If you are a runner, you will have taken a gel on more than one occasion to be able to have fast glucose in the race. sayings gels are nothing more than different types of sugars with some more components like caffeine. In this case there is no major problem in consuming it.

It will always depend on the context, both sporting and other ingredients with which we take that sugar. The consumption of refined sugars along with unhealthy fats can affect our hippocampus, and with it our memory.

Water is the basic drink of any diet that must be present at all meals. Many people have introduce soft drinks instead of water to accompany their food. Frequent consumption of sugar water increases inflammation and oxidative stress, enemies of the health of our nerve cells.

Read:  Medical search engines on the internet, which are the most popular?

Get rid of excess salt

We should not demonize saturated fats because they are the first thing we consume when we breastfeed as soon as we are born and for a more or less extensive period. However, there are other saturated fats that are associated with poorer overall cognitive function, memory impairment and increased risk of neurological diseases such as dementia and Alzheimer’s.

A healthy homemade preparation fried with extra virgin olive oil has nothing to do with a processed croquette fried with sunflower oil. The food Excessively fried ultra-processed foods can cause cognitive deterioration in the long runincreasing the risk of diseases such as Alzheimer’s.

Imagine that a friend tells you that he has seen Juan in the park, but it is such a common name that you do not know if it is Juan Jiménez, Juan Reverte or any other. The same thing happens with meat. if we don’t put the last name we don’t know what type it refers to.

Low-fat meat is not the same as red meat, and of course processed meat is on another level. This last type of meat is the one that we must avoid at all costsas it promotes inflammation and is a harmful food for cognitive decline.

Red meat can be consumed occasionally, but above it we should choose low-fat meats such as turkey or chicken, or better yet: fish.

White refined flour, refined sugar and trans fats: the total combo that includes sweets such as donuts or industrial chocolate palm trees. The consumption of these products accelerates aging and cognitive deterioration.

Regular excessive alcohol consumption can damage the brain. Over time the memory and the ability to think clearly worsen in the medium termbeing worse the more amount of alcohol we ingest.

There is an injury of alcohol that is known as alcohol-related brain damage (ARBD for its acronym in English). It is similar to a mild cognitive impairment that will get worse if you don’t stop drinkingappearing dementia and diseases such as Alzheimer’s.

Drinking too much alcohol can cause brain cell death and shrinkage of brain tissue. We will have less “workers” for the same jobs, so our mental capacity will be worse.

To this we must add that alcohol consumption is accompanied by unhealthy foods such as all those mentioned in this article. High-proof drinks usually go accompanied by sugary soft drinks, what is most harmful to our brain.