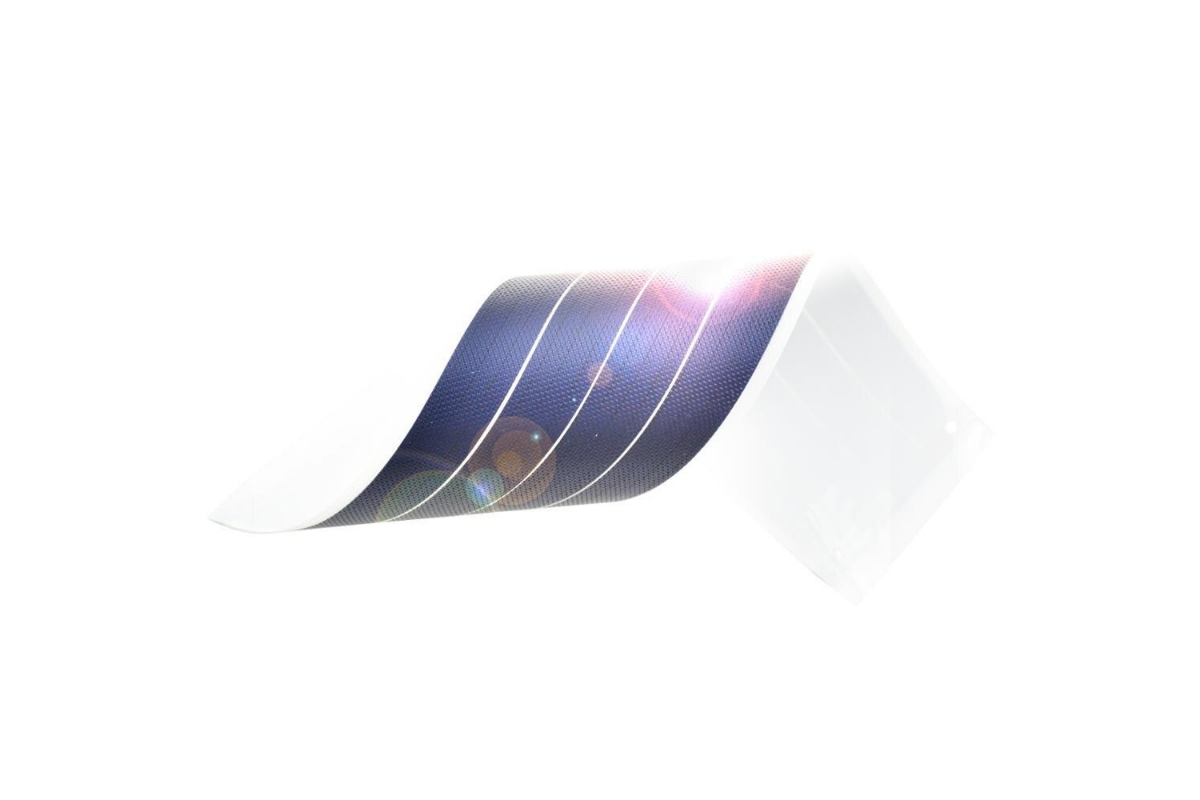 EMPA scientists have announced that their flexible CGIS-type solar cells have reached a new efficiency record, reaching 22.2%. These cells are made of polymer film and have multiple applications.

The Swiss Federal Laboratory for Materials Science and Technology (EMPA)has confirmed its new findings in the framework of the development of flexible polymer film CGIS-type solar cells, which will undoubtedly help boost solar energy in the future.

Specifically, the group of researchers belongs to the Thin Film and Photovoltaic Laboratory of EMPA, and have presented the results of their work at the 8th World Conference on Photovoltaic Energy Conversion held in Milan at the end of September.

Index hide
1 CGIS flexible solar cells
1.1 23 years of research
1.1.1 Solar panels without installation: this is all you have to know about them

Empa researchers have once again improved the efficiency of CIGS flexible solar cells. CGIS is the acronym for a semiconductor material composed of copper, indium, gallium and selenium. In addition to offering high photovoltaic efficiency, it is cheaper than metallurgical silicon.

Independently certified measurements revealed a 22.2% power conversion efficiency to convert light into electricity, an improvement over its previous record value of 21.4%.

For comparison, we can say that the best efficiency of a rigid crystalline silicon solar cell is 26.7%.

Flexible solar cells have the particularity that they are processed in a polymer film with a semiconducting layer of CGIS that absorbs light deposited by a low-temperature co-evaporation method.

Read:  Sarah Michelle Gellar Opens Up About the Toxic Environment on the Set of Buffy

This means that the findings can be transferred to an industrial scale following different implementations and with equivalent results. “The solar cell efficiency of 22.2% was independently measured at the Fraunhofer Institute for Solar Energy Systems ISE in Freiburg, Germany”reports EMPA.

Ayodhya Tiwari and his team have been conducting research on flexible thin-film solar cells for more than 23 years. Throughout all that time, they have been raising the efficiency record of this technology, from 12.8% in 1999 to 22.2% in 2022.

“In the high-efficiency limit regime, every small increment requires careful investigation of performance-limiting factors and requires an innovative approach to meet the challenge,” notes the statement. “The current improvement in efficiency is attributed to the alloying of the light-absorbing semiconductor layer to improve the electronic properties”.

Solar panels without installation: this is all you have to know about them

Flexible and lightweight solar modules with this technology are especially suitable for applications on roofs and facades of buildings, greenhouses, vehicles, aircraft and portable electronic devices.

EMPA collaborates with the Swiss company Flisom for roll-to-roll manufacturing of lightweight, flexible solar modules for such applications. The research is being supported by the Swiss Federal Office of Energy (SFOE).

From surgery to CAR-T cells, the evolution of cancer treatment