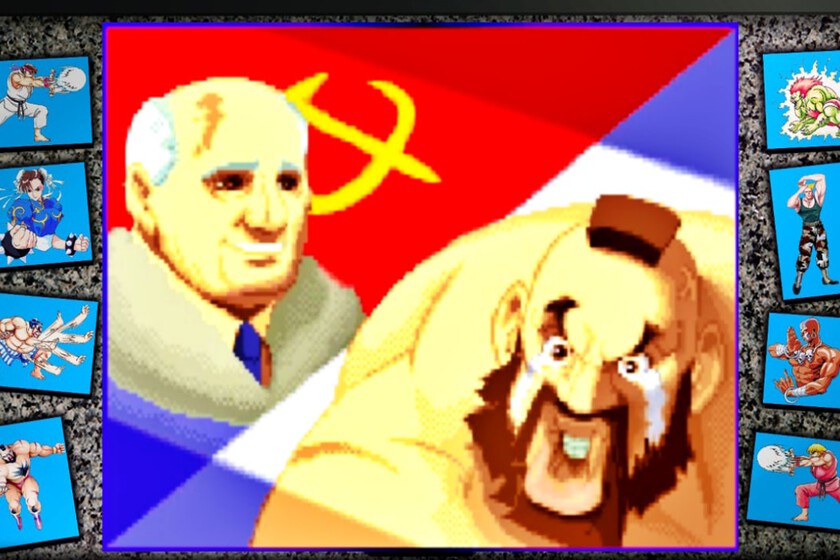 One of the great figures of the 20th century has just left. Mikhail Gorbachev, one of the most influential politicians in Russian history, has died at the age of 91. His role as president of the European country was key in leading the opening of the Soviet Union to the rest of the world and that brought him the Nobel Peace Prize in 1990.

An icon that has penetrated various artistic, economic and social sectors. Of course, even video games have had more than one slot for Gorbachev to appear in virtual format. His emergence was experienced during the 90s, even in renowned titles, so now it’s time to review the game that the president played in the industry.

Let’s go with the most remembered appearance of all in Street Fighter. How could it be otherwise, the politician appeared as president of Russia and president of the largest wrestling federation in the world. For that very reason, makes an appearance during Zangief’s plot in the second game in the Capcom franchise.

However, it would not be the last time we would see him in the saga, but it would be a recurring character in later installments. He is never properly named as Gorbachev, but there are clear physical features unmistakable in the model. For the memory remains the legendary dance with Zangief and several agents.

Rarity where they exist, this work created by Compile in 1991 was released on the MSX2, Famicom and FM Towns, a PC exclusive to Japan. The mechanics is as simple as, through puzzles, placing pipes to supply water between Moscow and Tokyo. The goal is to strengthen relations between the Soviet Union and the Asian country.

Of course, Gorbachev even appeared on the cover and with the approval of the Soviet embassy, ​​although that same year the regime was dissolved. On the other hand, the word Gorby is a way of referring to the political leader and although the work was relaunched in 2021 for iOS, the references to Gorbachev were removed.

It is currently available on Steam and with this title Team2Bit intends to take us back to the year 1986. We are in full cold warbut leaders Ronald Reagan and Mikhail Gorbachev will have to work together to escape well-armed hijackers.

Both presidents arm themselves to the teeth with katanas, pistols, shotguns, assault rifles and whatever else they find on the ground to save the world. 32 levels of stealth and action that we can play both alone and in company. Eye, it has a way so that the game is with Trump and Putin, almost nothing.

Not everything will be productions outside the Soviet Union. Locis is the name given to the developer who was responsible for creating the work in 1990, which received the same name as the famous policy implemented by Gorbachev.

Full of symbolism, the game puts us in control of a frog who represents a democrat who must capture laws for all the water lilies that appear on the screen. A rounded fantasy with the bureaucratic enemies that try to eat the frog and that could be played in its day on PC.

It is clear that the Japan-Soviet Union relationship was fruitful, at least in terms of video games. In 1991 it was possible to play this title in the Game Gear, SEGA’s portable consolewhich was responsible for publishing the game.

Still, there are key differences between regions. In the case of Japan, the game was called Ganbare Gorby! and we controlled Gorbachev in his attempt to provide food to the population from a corrupt factory. However, in Europe and Brazil the protagonist was changed to a blond boy and the name to Factory Panic. The idea was still the same, to finish off the evil Mister Greed who trampled the people of Segaville.

Crisis in the Kremlin

The most recent of all and the one that makes us decide what model of society we want. We will take on the role of Gorbachev to decide if socialist democracy is salvation or maybe utopian communism or any other format we can think of.

Perestroika will give us the opportunity to survive in the world with the model we adopt, while controlling a restless government and making really difficult diplomatic decisions.