Bullfrag
Home Technology These are the new Netflix games for smartphones 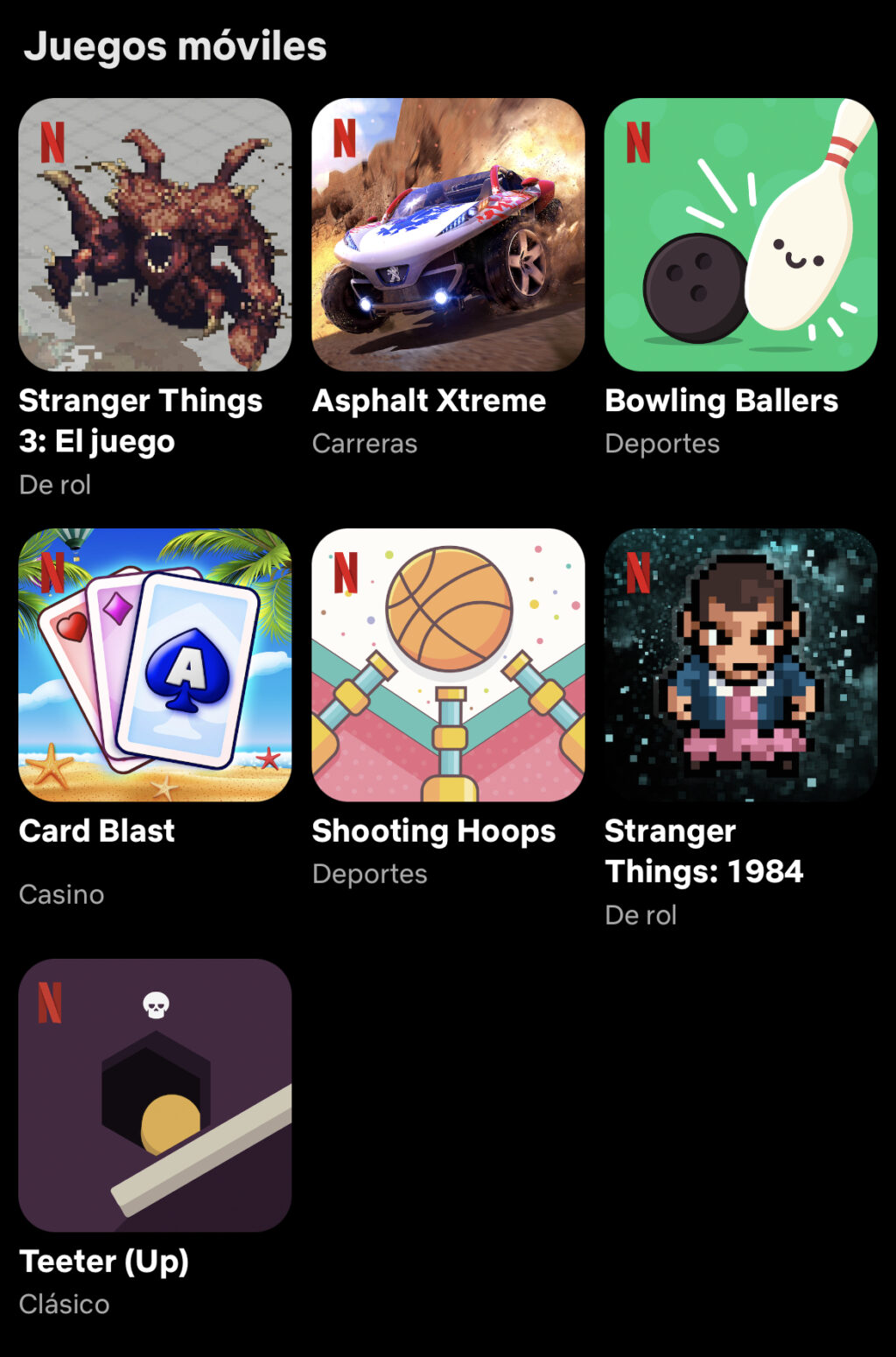 The bet of Netflix for gaining a niche in the world of video games continues its course, and the company has just added two new titles to its catalog, including the restart of Asphalt Xtreme by Gameloft, a game that officially closed in September of this year, and now we know why.

Another of the titles available in Netflix is Bowling Ballers, developed by Frosty Pop, which also has other titles in the company’s catalog such as: Shooting Hoops and Teeter Up.

With these two new releases, Netflix already offers a total of 7 exclusive games, including its 2 Stranger Things games.

Although the games are not developed by Netflix, these titles are published in the Play Store and App Store by Netflix Inc. Also, none of these titles have advertising or in-app purchases, which is why they are exclusive to subscribers of the service as part of the advantages for being premium clients.

With the addition of Asphalt Xtreme from Gameloft, Netflix could be the home of those successful titles at the time but that now no longer generate income for companies, so the company could buy them or reach agreements with developers to add them to their games catalog and thus begin to grow within the mobile games industry.

At the moment the new titles are being expanded to users around the world progressively, in our case we have already been able to enjoy both games on iOS, while on Android they still do not appear.

How to install Netflix games?

All you have to do as a subscriber is go to the search engine in the Netflix application for Android or iOS and write the word “Games”. The first search result will be the games available in your country.

Read:  Tim Cook says in a statement that Apple is "doing everything in its power to identify leakers"

Remember that the games do not run in the cloud like the rest of the content on the platform, so to install them you will be redirected to the Play Store or App Store to install the game on your device.

In our tests we have been able to access the entire catalog of games on iOS, but on Android we have had no luck, as the games still do not appear as available.