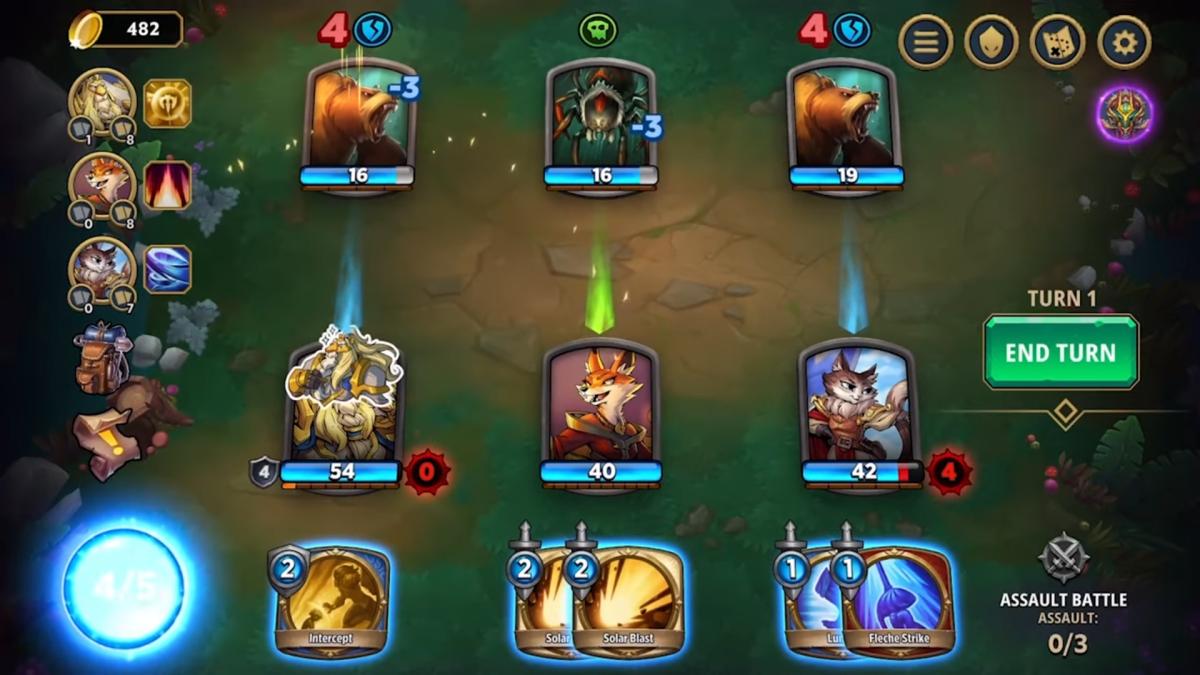 Netflix continues to add mobile games to its platform, which all its subscribers can enjoy for free, without ads or paid content.

It seems that Netflix intends to give mobile games every month. In December it included three more titles, including a Candy Crush of kittens, and today it has just announced another two.

Is about Arcanium: Rise of Akhan, a card game for one player, and Krispee Street, a clone of Where’s Wally?

The more interesting of the two is by far Arcanium: Rise of Akhan, inspired by the classic Heartstone, but for a player. You can watch the trailer here:

It’s a roguelike where you have to explore scenarios and defeat enemies in turn-based card battles, to get more powerful cards with which to improve your deck.

It is not a new game, it was released on Steam in 2020, but now Netflx offers it free for all subscribers, in iOS and Android versions, no ads or paid DLCs. It is the complete game.

The other title announced today, Krispee Street, invites you to find hidden objects and characters in scenarios packed with details. Not the best exercise for your eyes, staring at a screen for minutes, but hey…

To get these free games you just have to subscribe to Netflix and log in via mobile app and iOS and Android tablets.

Here you will find the section of netflix mobile games, with more than a dozen titles to download and play for free in full version.

Read:  OLED TV or a hi-fi speaker are some of the candidates

However, if you access Netflix from your computer, a Smart TV or a console, lThe games section does not appear.

We all expected Netflix to get into video games with a platform like Google Stadia, for a reason it has one of the most powerful cloud platforms.

For many, Stadia is the future of video games. We have been using the platform for a few days now, and then we will tell you our analysis and opinion of Google Stadia, a platform that is not here to replace the others. At least for now…

But at least for now, Netflix is ​​focusing on downloadable mobile games on iOS and Android smartphones and tablets.

Although we would not be surprised if this changed in the near future, considering that Amazon, which competes with Netflix thanks to Prime Video, has launched a cloud gaming platform, Amazon Luna.

It seems clear that television platforms are going to have to resort to video games to continue winning customers, as its rivals have exclusive content of their own, and people begin to saturate themselves with series and platforms.