These are the most visited online stores in Mexico 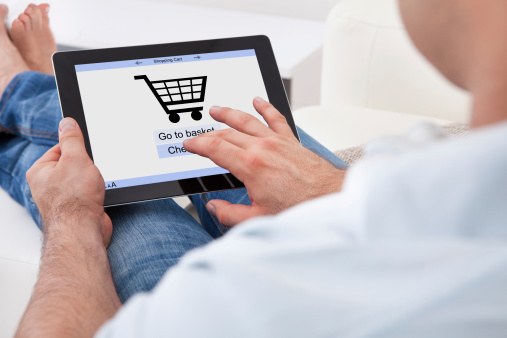 It is no secret to anyone that electronic commerce has emerged significantly in the Mexican market. Online stores became the outlet for many brands due to the lack of mobility in the streets and prolonged closures of different points of sale.

The figures are clear about people’s interest in making their purchases online, which will continue even after the pandemic.

This is what the conclusions of the Oracle Retail Consumer Research 2020 study have shown, which indicates that during the pandemic, Mexicans spent three to five hours a week on the internet to make purchases through available e-commerce channels.

“Social isolation and security measures have shaped consumer behavior around the world, causing people to seek other ways to consume, research and buy,” reads the aforementioned analysis.

This painted an opportunity for hundreds of companies and services around the world. Whether out of necessity or out of necessity, businesses of all sizes and would have landed in the e-commerce segment.

From the Online Trendsity Study for Mercado Libre they reveal that three out of every five new Small and Medium Enterprises (SMEs) did not have a physical store, resulting in that 27 percent of the total billing on the platform during this period was generated by these companies, where as of March last year there was a 68 percent growth in the number of SMEs that sold through their platform, adding to more than 8 thousand since the health crisis began.

In fact, the latest study by Google and Euromonitor, determined that by the year 2024, 53 percent of the income of the retail sector will go to physical stores that have a digital offer integrated into their business model. If stricter containment measures are applied, this figure could go up to 56 percent, as consumers will continue to buy online and offline.

The numbers make it clear that more and more brands and businesses are joining this trend, where it is integral which are those firms that have managed to have a sufficiently effective strategy to establish themselves as the most visited online stores in the country.

In principle, it is fair to acknowledge some data on how traffic to online stores has behaved in the Mexican market.

ComScore indicates that although interest in online purchases remains, the trend has weakened compared to last year, a moment that is considered the most acute of the pandemic. Despite the fall, the numbers report increases that exceed what was registered in the pro-pandemic time.

Read:  New Twitter layout to be tweaked due to headache complaints

Of this mere fact, during January of this year there were 2 thousand 432 million views in the retail category in Mexico; but that number was surpassed last May, when it reached 2.459 million.

The increasing activity of saurians in online stores has been a factor. During the fifth month of the year, users spent 102 minutes on average on retail sites, while returning to these sites 8 times.

Consumption has been led by women, who spent about 3,577 million minutes browsing online stores, which translates into almost twice the time of men who invited 1,820 million.

With these prelude figures, it is striking to recognize which are the most visited online stores in the country.

The figures are signed by comScore and respond to what happened during the fifth month of the year. Thus we have that the brands and online stores that led the field at least in number of views are the following:

The case of Mercado Libre is interesting if we consider that Mercado Libre also achieved the highest number of impressions as an advertiser with 700.4 million. In this area, the Latin American platform is accompanied by Light in the Box with 192.2 million impressions; Amazon with 186.6 million; Bodega Aurrera with 187.6 million and Liverpool with 128.4 million.

E-commerce has therefore become more than just a sales channel for brands. Now he translates into an ad gamer that perhaps shouldn’t be despised.

According to Comscore, during the first five months of the year, 215 million 855 thousand 963 pesos were invested in online advertising only within the retail category.

This is how advertisers are increasingly turning to these e-commerce players to execute advertising proposals focused on sales.

A quick comparison between Amazon and Google makes the trend clear. While the e-commerce giant saw its advertising revenue grow 40.6 percent (to reach $ 4.2 billion), Search’s performance on Google was down 9.8 percent year-on-year.

The opportunity is on the table and only those agencies and brands that manage to adapt to change will be the ones to lead the way in this new stage that e-commerce will begin to experience.