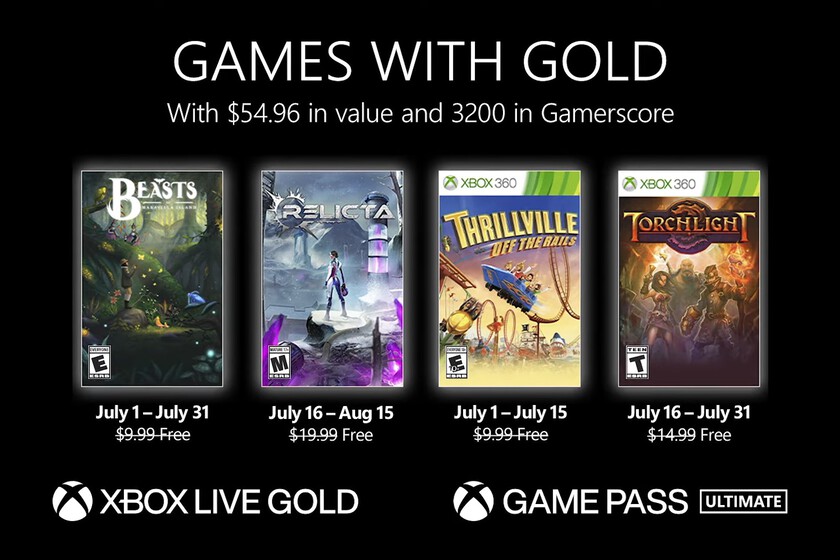 There are few days left to say goodbye to June and welcome July, which by the way brings good news for all those subscribed to Xbox Live Gold or Xbox Game Pass Ultimate, since they will be able to download a new batch of games for free thanks to the Games With Gold service.

Following the same line that we have been used to for a long time, two titles that were published on Xbox One and two more that are part of the Xbox 360 catalog have been selected. Some of them will begin to arrive from July 1so let’s review the new additions and their respective dates.

Read:  A Minecraft player creates a new home screen concept and it's causing a stir