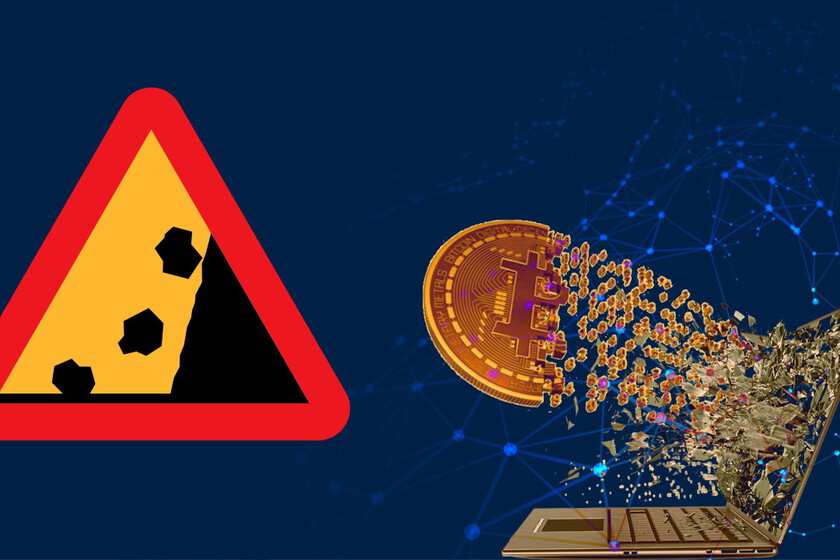 Last Friday the 21st, the cryptocurrency market lost more than 10% of its value in just 24 hours, causing investors to lose the equivalent of 204,000 million dollars in the process. If we extend the time period to the last week, the losses amount to more than 20%. And so far this year, bitcoin and ethereum —the two most popular cryptocurrencies— have suffered decreases of 17% and 25%respectively.

In summary, despite having experienced its all-time high last November, right now 75% of the 2021 gains in the cryptocurrency market have already vanishedand this is at its lowest point since the end of last July 2021.

Index hide
1 An unrecommended haven of value?
2 Why is this happening?

An unrecommended haven of value?

Shortly before that minimum was reached, the writer and analyst Nassim Taleb, author of ‘The Black Swan: The Impact of the Highly Improbable’, denied that bitcoin and other cryptocurrencies could be converted no longer in a real currency, but merely in an asset that —as occurs with gold— ​​would act as a reliable hedge against inflationor merely as a safe haven of value against government decisions or catastrophes.

For Taleb, the fact that in March 2020 bitcoin fell even more than the stock market and later recovered along with it “after a massive injection of liquidity” constitutes “sufficient proof that it can hardly be used as a hedge against systemic risk“.

And unfortunately, we’ve had a few weeks where various factors are doing nothing more than increasing said systemic risk. Let’s review some of the causes…

Why is this happening?