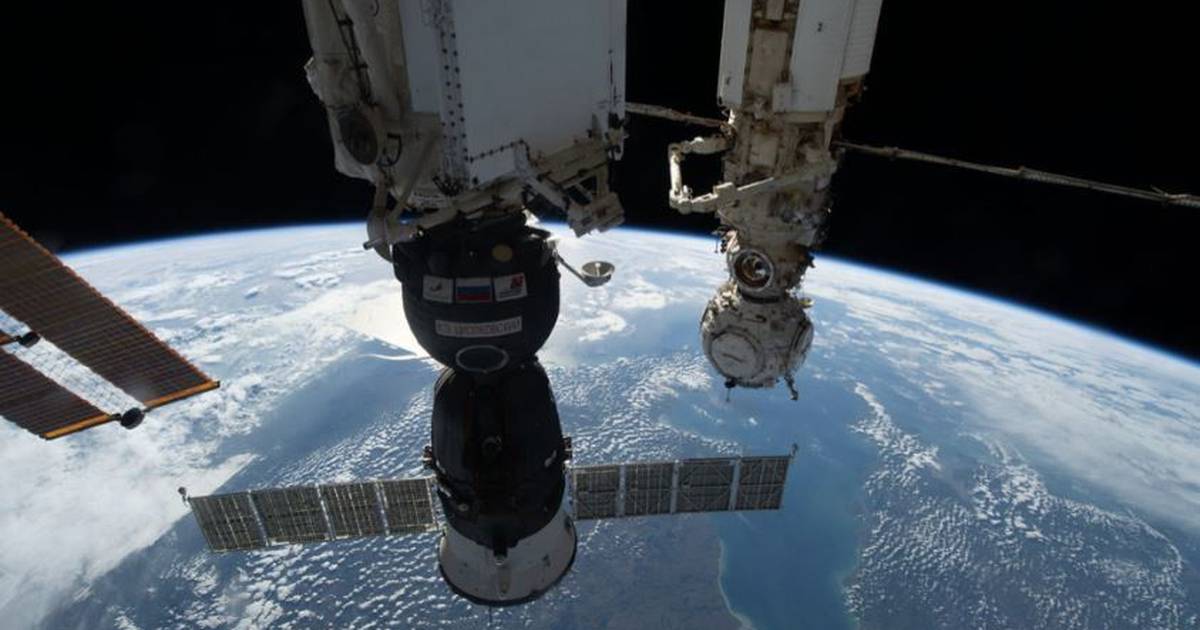 Russian cosmonauts Sergei Prokopiev, Dmitry Petelin and the Latin American astronaut Frank Rubio They are in danger since it became known that the Soyuz MS-22 spacecraft suffered a coolant leak due to the impact of a micrometeoritepotentially stranding astronomers in space.

The Russian ship, docked at the International Space Station (ISS), suffered damage to the external casing of the service module. For their part, the current ISS crew, the Russian Anna Kikina, the Americans Nicole Mann and Josh Cassada and the Japanese Koichi Wakata no damage reported.

The two Russian cosmonauts and the American with Salvadoran roots arrived on the ISS on September 21, aboard a Russian rocket launched from Kazakhstan. Now, they are facing a scenario that they did not plan for in their mission.

According to a statement from the Russian space agency Roscosmos, on December 14 the travelers were preparing for a spacewalk. when an alert system has tripped, indicating a drop in cooling system pressure.

In the images released by NASA, a jet of white particles is observed escaping into space. This liquid, which is the refrigerant, came from the rear of the ship, docked in the Russian segment of the ISS.

What are the dangers that astronauts face?

In addition to being stranded in space, space agencies have not confirmed the risks astronauts are taking.

According to the report published on the website of Mega Newsunder normal conditions, the occupants must use the same ship to return to Earth after six months, when their mission ends in March 2023.

The Soyuz could still function as a comeback vehiclebut if Roscosmos and NASA consider it unusable, Rubio, Prokopyev and Petelin they would be stranded aboard the ISS until a replacement vehicle is flown to the orbiting laboratory where they can return home.

Read:  This programmable robot does it all and works with a Raspberry Pi