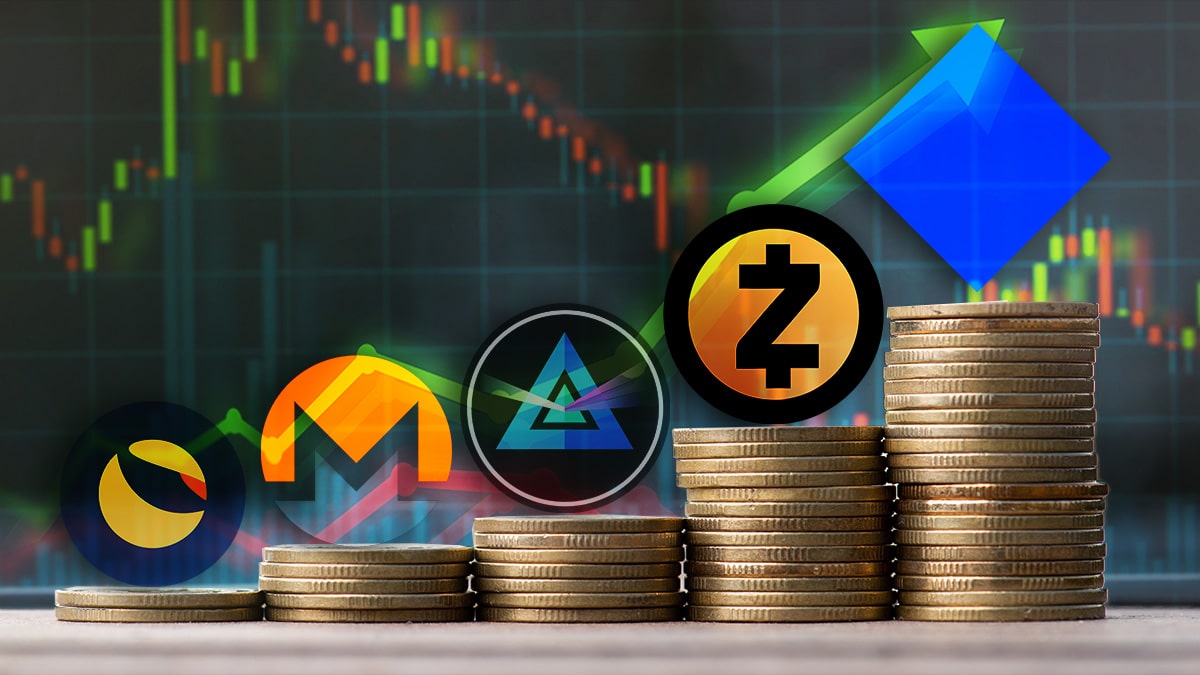 The market follows the trend of the previous week, with privacy-focused cryptocurrencies standing out and gaining strength. The war scenario and the potential search for restrictions by governments on cryptocurrency transactions seem to have had a strong impact on market trends, beyond bitcoin (BTC) and other main available alternatives.

Therefore, it seems logical that 3 of the top 5 cryptocurrencies with the highest appreciation during the past week have the focus on the privacy of their users and their transactions, as happened the previous week. Especially if we take into account that one of them rose almost 45% in that period.

However, the biggest increase for the week did not correspond to any of these privacy coins. The most awarded in the market was, again, WAVES, a name that has become common in recent weeks. This time, with almost 50% increase in its market value.

This newsletter is closed by another well-known name of recent times: Earth (MOON)with another 10% weekly appreciation.

Increases like those of the aforementioned cryptocurrencies stand out in themselves. But they do it even more when compared to the main currencies in the market, which closed lower for the week. Such was the case for bitcoin (BTC), ether (ETH), Binance Coin (BNB), cardano (ADA), and Solana (SOL).

It has been a month since Waves announced several news for this year 2022 which, judging by the behavior of its currency in the market, has attracted a lot of interest among investors and enthusiasts.

Among the Waves ecosystem plans, its concept of interconnected metaverses through the economy of its protocol stands out, hand in hand with the move to version 2.0 of its network. And so far this year, WAVES has nearly doubled in value.

During the last week, the cryptocurrency had an increase of 49.47%. In that time, it went from 17.8 to 26.62 dollars per unit. Furthermore, its total market capitalization exceeded $2.8 billion with close to $1 billion trading volume on exchanges.

Index hide
1 Zcash, from 1.5 to 2 billion dollars of capitalization
2 beam
3 Monero, on the radar of investors (and the government of Ukraine)
4 Terra follows its course to the MOON

Zcash, from 1.5 to 2 billion dollars of capitalization

At the forefront of the privacy crusade this week was Zcash (ZEC). Its increase in market value was incredible, with a 44.13% increase. In that period, the cryptocurrency exceeded $150 per unit and turned green so far this year. Something that, as we have reported in CriptoNoticias, few cryptocurrencies can boast.

With the momentum of this week that just ended, ZEC again exceeded 2 billion dollars in total capitalization. Largely thanks to an exponential increase in the coin’s trading volumes on exchanges: in the last 24 hours, almost 500 million dollars, with an increase of 47% compared to the previous period.

In the same trend of rewarding privacy, Beam appears in this top cryptocurrency. This protocol, like GRIN (which was among the most appreciated last week), makes use of MimbleWimble technology and offers enhanced privacy among its features. Just what the market is demanding, judging by the prices.

As the third highest appreciation of the week among the top, Beam rose 13.16% in that period. Its market capitalization is close to 100 million dollars and, although its trading volumes are low compared to other cryptocurrencies, it slipped into this top thanks to its rising percentage.

Monero, on the radar of investors (and the government of Ukraine)

In the same pro-privacy vein, the leading cryptocurrency on the market with this approach was also rewarded this week. Monero (XMR) appears in this top with a 10.51% appreciation after the Ukrainian government incorporated it into your accepted donation methodsin the midst of the context of war with Russia.

The case of XMR is very striking, since it appears in this top despite having reversed its rise very violently during the week. The cryptocurrency closed with its 10% increase, but at some point I was more than 70% up.

At its highest point, the price of the coin passed 270 dollars per unit, surpassing its maximum this year. But in the end, it closed at $175..

Terra follows its course to the MOON

This week’s top ends with another of the best-performing cryptocurrencies on the market in recent weeks. Terra (LUNA) appreciated 10.33% between March 7 and 13. Although at some point in the week it even went over $100, finished with a value of 87.38 dollars per unit.

Terra has become a rapidly growing ecosystem in the decentralized finance (DeFi) environment, with protocols such as Astroport, Anchor or Terraswap running on its platform for applications based on the Cosmos blockchain.