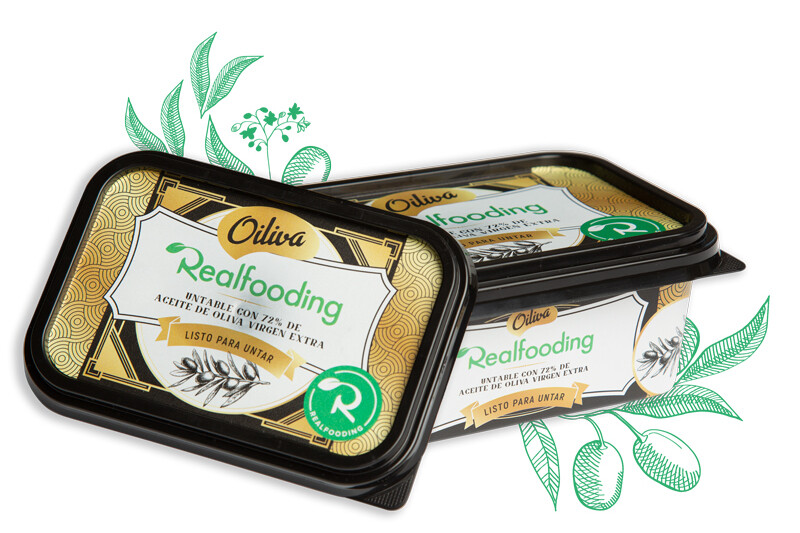 After already launching several industrial products under its brand realfooding, Carlos Ríos continues to expand the catalog now with an olive oil that he claims is the first spreadable in the world. But if the last of its launches, the range of ice creams realfoodingraised not a few controversies, this purported revolutionary food it took a while to be disassembled in networks by other professionals and nutrition experts. It is not so new, nor does it make any sense as a healthy product.

Carlos Ríos rose to fame when his video began to go viral. well meaning crusade against the food industry of unhealthy ultra-processed foods that have colonized our diet. It encouraged us to go back to eating “real food” or real food -finished not invented by him, but converted into his brand-, teaching us to also distinguish between good and bad defendants. And, already with a legion of followers behind him, he turned his movement into business.

For some time now, both Ríos himself and his brand have made a show of introducing new products to the market, supposedly “real” versions of ultra-processed such as cocoa cream, croissant or ice cream, which experts accuse of not being as healthy as they claim and of the lack of transparency in their message. They give one false sense of being healthywith the risk of abusing them, displacing foods that should be consumed daily, such as natural fruit or nuts.

It is also criticized for trying to sell under its brand, usually more expensive, products that they didn’t need any reinventionsuch as wholemeal bread, hummus or, now, an extra virgin olive oil that claims to be revolutionary.

The truth is that the idea already sounds absurd; Is it that until now we have not spread our toast with olive oil? We can buy into the idea that the texture that, for example, margarine has is more comfortable, but, as explained Miguel Angel Lurenathe message with which it is sold is not entirely true and borders on illegality.

It seems that the Realfooding businessman and his company don’t care about everything. They say they have released “the first spreadable extra virgin olive oil”, a message that in my opinion is not true, nor legal, nor even new. Follow>>> pic.twitter.com/N33xim99gv

And to put the icing on the controversy, it’s not even such a new product. The Realfoonding brand does not really manufacture anything, but instead collaborates with different companies to reformulate different products that they put their stamp on. In this case, the “new” oil It is produced by Oiliva of GA Alimentaria, which already announced in 2021 the launch of its Orolivar “ready to spread”, with exactly the same amount of olive oil.

It may be that that initial product did not have the expected reception by the consumer, and now it may have a second commercial life under Ríos’ own brand. What is certain is that it will be much more expensive breakfast with this mixture of spreadable fats -with water and salt- than with a 100% extra virgin, fresh and of first quality. As has been done throughout life.

How to make your own spreadable olive oil

As we already shared in WTP A few years ago, getting your own olive oil with a spreadable texture was very easy. You don’t need more than your favorite extra virgin olive oil and a few minutes in the freezer. It is cheaper and it can be applied to the oil that we like the most, of higher quality and enjoying all its healthy properties.

Being pure fat, the oil -unlike butter and other vegetable fats, which have a part of water-, does not get to freeze forming crystals, and it will take just a few 10-15 minutes in acquiring that texture as in ointment, solid. By separating it into small containers for individual use, the time to invest is minimal, but you can also leave the portions ready in advance.

You have to take it out of the freezer. when you want to use, since when it comes into contact with room temperature it will liquefy again, more quickly if it is very hot. In summer it can help to put it on the table away from the heat of the toaster or hot coffee, and even use an ice tray or a cold pack to maintain the temperature longer.