There’s a hidden room in NieR Automata that we weren’t aware of, but no one in the entire world knows how to access it. 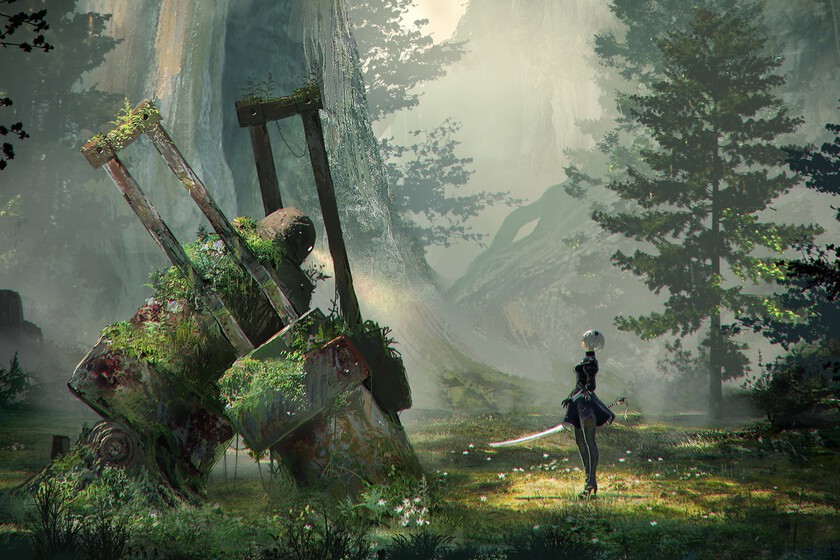 Decades will surely pass and the community will still discover new secrets around NieR Automata. The work of Yoko Tarō Y platinumgames there seems to be no end to its mysteries, just as it did two years ago with a new ending that no one had discovered.

However, this time no one is understanding anything at all. A secret room has been discovered in the title and what is more disturbing is that no one has managed to find out how to access it so far.

Someone randomly posted a video on the Nier Automata subreddit showing they found a secret room in the Copied City. So far no one else has worked out how they managed to make this secret door appear. Literally 1 person on earth has accessed this room and we are uttered mind blown pic.twitter.com/g7W4JxiNDg

Someone posted a random video on the Nier Automata subreddit showing them finding a secret room in Copy City. So far no one else has figured out how they managed to make this secret door appear. Literally a person on earth has accessed this room and we are blown away.

Incredible but true. If you go to the Reddit of the title you will see that it has become a hotbed of theories and assumptions. Nobody understands, until now, how it is possible make that door appear in the middle of the Copy City. It all started with the publication of a user asking how to access that area, since a friend of his had done so.

Read:  This is the real reason why Bloodborne has not reached PS5 and PC

After doubts about which place he was referring to, a video has been published causing everyone’s astonishment. However, several data must be taken into account for the most skeptical. As of today, it is not possible to modify NieR Automata enough to recreate this church, which has been confirmed by the community of game modders.

On the other hand, it has been found that we are talking about a copy of the work for PS4 in version 1.0 and with the Sony system without an internet connection, so it has not received updates. If you try to move the camera to go through the walls and check if the church is there, the truth is that it is not. Everything points to you have to fulfill a series of steps or requirements for the mystery door in the video to activate.

A secret that has been kept for several years and that has still been discovered now. It remains to be seen if it is also available in the Nintendo Switch edition, which is a couple of months away from its arrival on the portable.

The best countries in the world to retire in 2022, in a detailed chart