there will be no light reduction 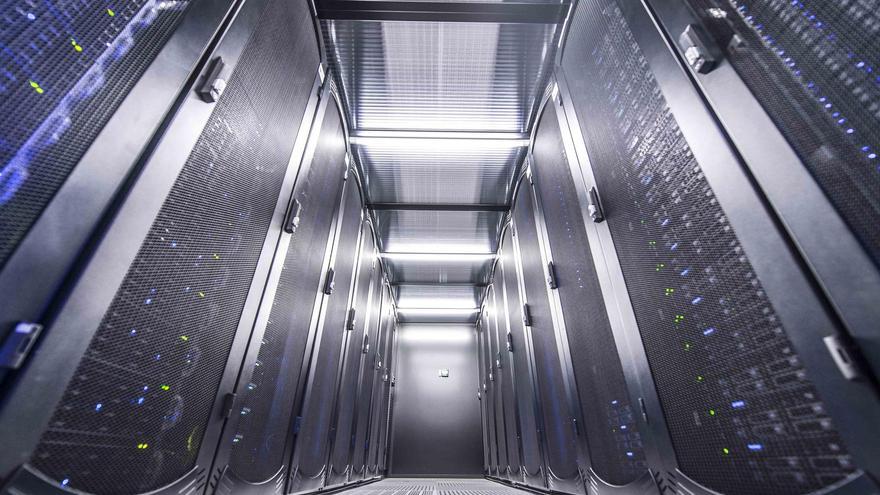 Global data center giants mobilize to demand regulatory and tax reforms from Spain to grow in the country. Large groups in the sector pressure the Government to achieve legal changes that facilitate your investments to turn Spain into a digital power of data in southern Europe, as collected by El Periódico de España.

And in the midst of spiraling energy price rises, the data center sector is trying to wrest the government with a discount on your electric bill as a crucial element to promote its expansion in the Spanish market. The objective of giants such as Equinix, Interxion, Nabiax or Global Switch demand that the advantages of what are considered electrointensive consumers be recognized, and thereby achieve the same aid in their electricity bill that the large industry in Spain already perceives.

The companies have maintained direct contacts with the Ministry of Industry to access the category of electrointensive consumer. But they have found that the Government stops the possibility of accessing the bonuses They ask for their electricity bill and refer them to the European Commission to get it. If the data center giants get the OK from Brussels, the Spanish Executive could then consider a legal reform to expand the number of beneficiaries of these aid.

The Government indicates that, although aid to large electricity consumers -singlely rebates in payments of specific energy taxes- are regulated in the Statute of Electro-intensive Consumers with a national decree, it is Brussels that determines which sectors can take advantage of these discounts without skipping the community legislation on state aid. The European Union recognizes almost 70 economic subsectors of large industry that can receive this aid since 2014, but the digital data facilities business is not on the list.

Several of the large groups of data centers with a presence in Spain are willing to activate a work of pressure in Brussels to get included in that list of sectors chosen to lower their electricity bill, as confirmed by industry sources familiar with the movements that are being prepared. From the direction of Spain DC, the recently created association that groups together data center companies, it is pointed out that its institutional work at the moment is going to focus only on the national level and on the relationship with the Government, a position that does not all associates share.

Data centers are buildings where thousands of computer servers are concentrated to connect the digital services of companies with their customers. The factories of the digital age have rooms and rooms filled with metal cabinets with racks in which machines are installed. Whether it is a data center owned by a single company or if it is open centers for the servers of several companies, a a fundamental factor is to have a huge electrical power and total guarantees of supply stability.

According to figures from Spain DC, the electricity bill accounts for more than 40% of the total costs of data centers. Its electricity demand is enormous, since the servers must work 24 hours a day and every day and also powerful cooling systems must be running to avoid overheating of the equipment. Recognizing the advantages of electrointensive consumers would directly reduce these costs by 4%.

“Recognize the advantages of electro-intensive consumers to data centers would serve to make Spain more competitive as an investment destination country. When companies study where to deploy new centers, the energy cost is important to choose & rdquor ;, argues the president of Spain DC, Ignacio Velilla. “It would help make Spain a must stop in the expansion of data centers & rdquor ;.

In parallel, the data center sector is demanding greater flexibility and speed in the design of electrical infrastructures. Red Eléctrica de España, the manager of the high voltage network, carries out its planning of new infrastructures every five years (the last one is for the period 2021-2026). But the companies need to shorten the deadlines to just two years to know if they will have all the sufficient electrical power for the new installations and claim to participate directly in the planning of the network expansions with REE and with the large electricity distributors.

In the data center sector, the large European digital hubs are known as FLAP, the acronym for Frankfurt, London, Amsterdam and Paris. “We would like to talk about FLAPS, and also include Spain & rdquor; on the list,” point out from the sector association.

According to the figures managed by Interxion, one of the giants of the sector with the largest presence in Spain – with three large centers in Madrid and a fourth under construction – the Spanish capital still has a long way to go to reach the major European hubs. Madrid would have to multiply by seven your capacity current (measured in megawatts allocated to data centers versus regional GDP) to match Paris and by fourteen to tie with Amsterdam.