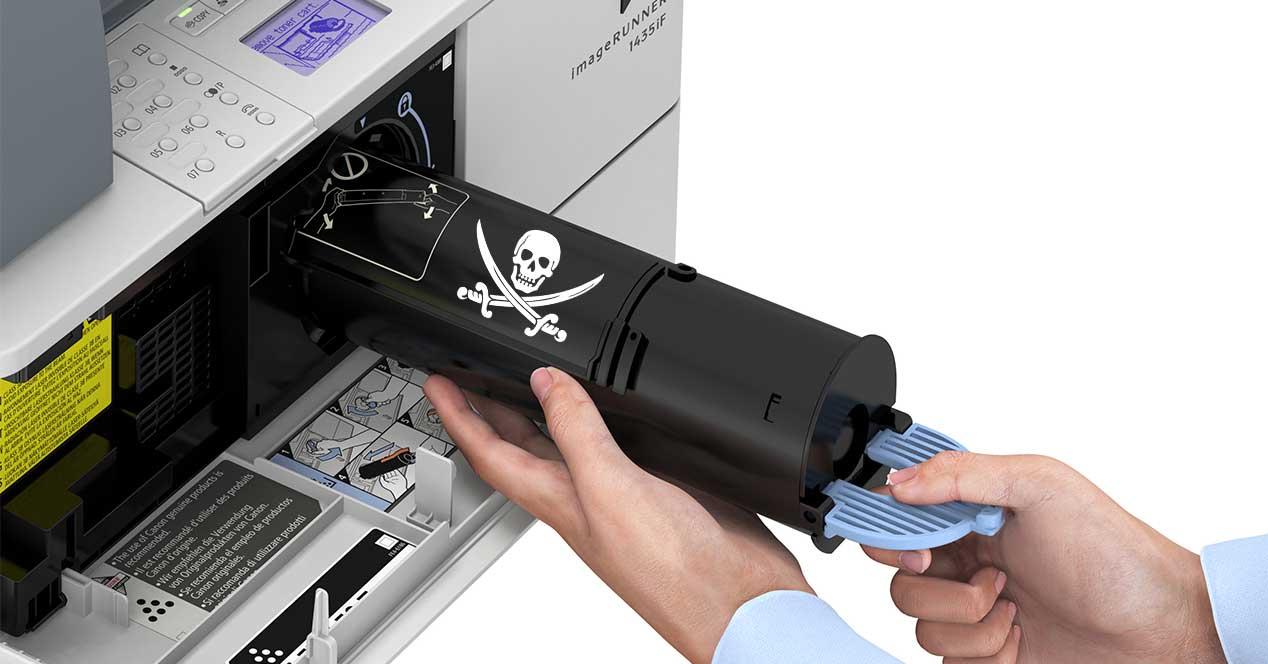 The shortage in the semiconductor market is not only causing the most powerful chips on the market are scarce, as is the case with graphics cards, but also affects devices that use old or weak chips, as for example with the Raspberry Pi. Even ink cartridges use chips, and manufacturers like Canon are having trouble accessing them, recommending their own customers to hack.

The functionality of these cartridges is practically identical, and the vast majority of manufacturers allow the use of these cartridges without much complication. Some brands like Canon or Epson, when entering a unofficial cartridge, show a message saying that we are using a compatible cartridge, but that we can use it normally. Others, like HP, greatly limit that function.

Since the pandemic began, it has been quite difficult to get hold of a printer. The increase in demand as the number of people who work at home increases, coupled with the fact that chips to make them have been in short supply for the past two years. The price of some printer models has doubled, and it is hard to find them in stock.

This stock problem is also affecting cartridges. So much so, that Canon has published a support sheet stating that the semiconductor shortages is preventing them from making all official cartridges with detection chips. These chips identify a cartridge as official, and can also record the level of ink or toner remaining.

Read:  How to uninstall the latest Linux kernel and go back to the previous version

Canon stops including chips in some toners

To avoid supply problems with cartridges, Canon has announced that it will temporarily is going to stop including chips in its cartridges until they can restore normal supply. Print quality will not be affected, but ink level detection will. In cartridges without a chip, the ink level will always appear at 100%, except when it is used up, which will go directly to 0%, and it will be necessary to change the cartridge.

Also, on the help page, Canon specifies that if there is a problem with the detection of the cartridge, and the error does not print, you can skip it by reseating the official cartridge. Most models use toner, so in principle this only affects the following laser models of the company: