Bullfrag
Home News There is no indication that any of the 43 from Ayotzinapa are... 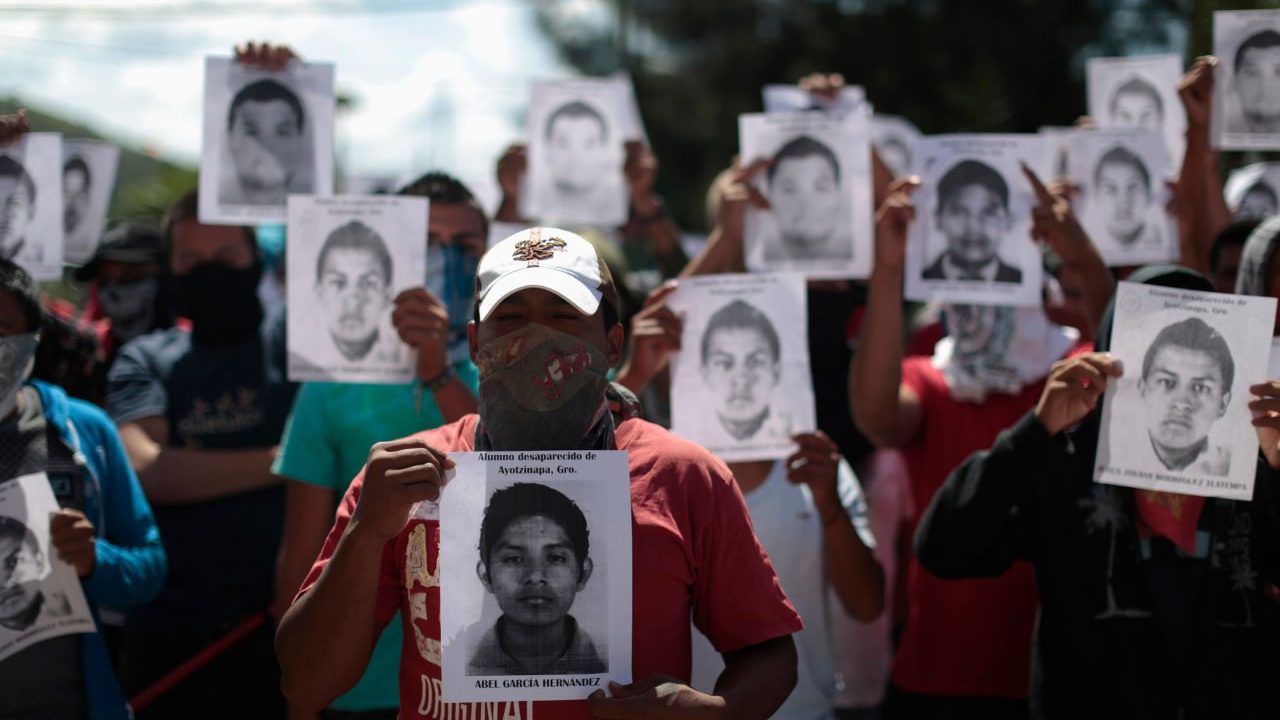 Seven years after the disappearance of the 43 normalistas from Ayotzinapa, the Undersecretary for Human Rights of the Ministry of the Interior (Segob), Alejandro Encinas, assured that the young people were not together during their detention on September 26, 2014.

At a press conference, when asked if there is hope that any of the normalistas is alive, the official replied: “We have no indication in that regard.”

He commented that the reconstruction of the departure of the young people from the Ayotzinapa Normal School had already been carried out and it was found that there are inconsistencies in the “historical truth”, as this analysis showed that the visit of the students was not to interrupt the report of the president of the DIF, María de los Ángeles Pineda, wife of the then mayor José Luis Abarca.

Nor was it found that there was a link between the students and their assailants.

On the other hand, it was determined that the attack on the young people was carried out by three cells made up of policemen and hitmen, and that there were Iguala police officers in the seizure of the bus in which the normalistas were going.

For his part, the prosecutor in the Ayotzinapa case, Omar Gómez Trejo, pointed out that in the last administration torture was used to fabricate evidence and manipulate evidence in the investigation of the disappearance of the 43 young people in 2014 in Iguala, Guerrero, therefore there are 10 arrest warrants for these irregularities.

“The investigation carried out by the Unit (Special Investigation and Litigation for the Ayotzinapa case) is far from the procedures carried out by the then Attorney General’s Office (PGR), whose purpose was to close the case in three days and not investigate in depth and give certainty to the family member about the whereabouts of their children, ”said Gómez Trejo.

He emphasized that the “historical truth” promoted by the past administration has already been refuted by the group of specialists of the Inter-American Commission on Human Rights, the United Nations, various national and international organizations and by the Judicial Branch of the Federation in 2018.

“We now refute it with corroborated facts and strong evidence of what was done to a manipulation of an investigation that from the beginning had to find the whereabouts and with knowledge of what happened to the students,” said Gómez Trejo.

For this reason, he mentioned that the Special Investigation and Litigation Unit for the Ayotzinapa case has initiated criminal proceedings for the irregularities of the crimes committed in said investigation, because “it was a preliminary investigation made in a manner.”

Lee: They inquire if Ayotzinapa normalistas were cremated at various points

He declared that since July 2019 to date there are 89 arrest warrants for the manipulation of the investigation and the disappearance of the students, of which 49 have been executed and 40 remain pending.

Of the latter, 30 arrest warrants have to do with the disappearance of the students and 10 for irregularities in the case. He also commented that they have identified three students.

After meeting with the families of these young people, the prosecutor commented that all the people who were presented by the PGR regarding the disappearance and execution of the 43 students were exonerated for having evidence that they were tortured.

“Today there is evidence that indeed torture was used in a generalized way. We have more than 40 videos that were contributed to the investigation due to the collaboration that we have received from other agencies and that shows public officials interrogating these alleged culprits in an irregular way and through physical and psychological torture ”, he emphasized.

He mentioned that torture was an instrument to fabricate evidence and manipulate evidence in order to “defend a narrative limited and encapsulated to the Cocula and Río de San Juan garbage dump and all responsibility fell on the municipal police and not on the criminal apparatus that coexisted between authorities of all levels and organized crime ”.

Do not miss: Mexico and IACHR ratify continuity of the group of experts in the Ayotzinapa case

He said that investigation reports, anonymous phone calls, location and presentation documents, among others, were falsified in order to frame a “narrative as a way and silence the claim of search and truth that the families of these young people demanded.”

“The historical truth was born flawed from the beginning by the corrupting effect of public officials who, together in a criminal enterprise and abusing their powers, decided the case, leaving the victims of this terrible fact completely helpless,” he added.

The FGR official indicated that the historical truth was fabricated in evidence, it was torture of people and a lie for society, adding that they have carried out 53 search exercises and have recovered more than a thousand bone pieces.

MagSafe portable battery for iPhone: all its features