There is little population in virtual worlds 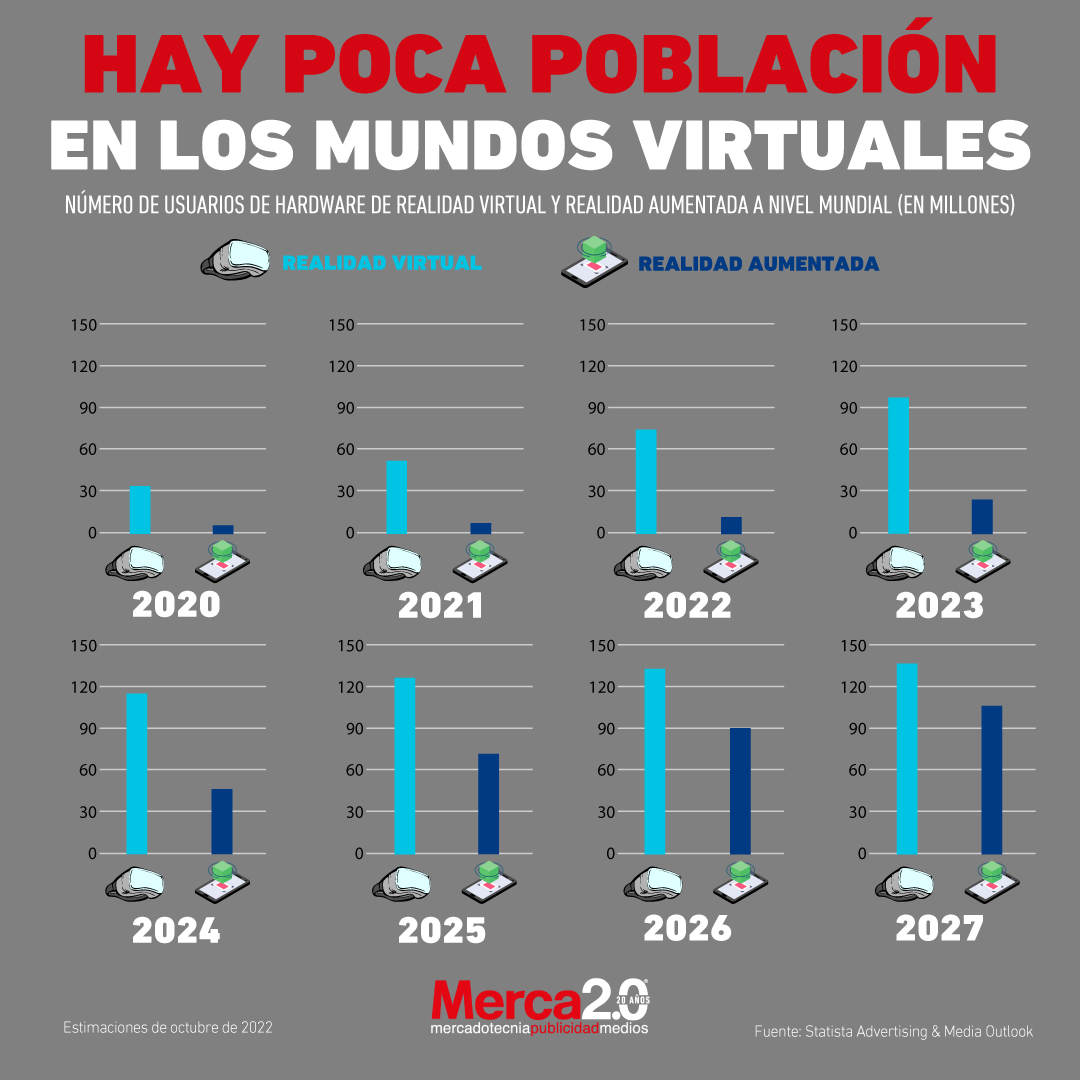 A small important part of the world’s population today remains attached to the so-called virtual worlds, one of the most outstanding concepts of recent years.

The tendency to join the virtual scene is, increasingly, one of the main bets of brands in general, especially at a time when a much more stable space is beginning to be conceived to position their strategies in order to catch that consumer who, inevitably, will arrive with a new “chip” integrated.

In that sense, it can now be said that the Metaverse is here to stay and become, over the years, the main trend of brands. Once Mark Zuckerberg adopts the word into his vocabulary, the trend was up; his most ambitious project is currently one of the market’s big bets for the future.

On the other hand, information from Bloomberg Intelligence reports that, just last year, the value of the metaverse reached the figure of 500 billion dollarswhich, according to study estimates, could increase fivefold by 2030.

Based on these data, it seems that virtual reality and augmented reality are in good health for the next few years; however, how true is this statement? How much will the metaverse benefit users?

According to the study “Virtual reality and augmented reality: the Metaverse as a new opportunity for business”authored by Cristina Gallego and published by the EAE Business School -International Business School-, seems to provide some relevant data regarding the usefulness of the metaverse within societies.

For companies, according to what the study reveals, this technology will allow “the simulated and early visualization of processes that have not yet been carried out”, helping to develop better products, improve the experience of consumers and provide a better training for professionals.

Read:  Headbands for guest looks that dress a lot with very little effort

Likewise, an investment of some three thousand 600 million euros is planned, a figure that will allow the sectors with the greatest potential to use VR and AR to improve the training of professionals and industrial maintenance.

In this context, it is estimated that the VR and AR market in Europe will reach 44.5 billion euros by 2026, with augmented reality being the one that will have the greatest demand due to the cost of acquisition, accessibility and security.

Now, new information reveals that when it comes to virtual worlds, the population is actually small. And it is that, according to the Statista Advertising & Media Outlook, only 74 million people worldwide have access to virtual reality devices, while the number of augmented reality users is less than ten million.

Based on this premise, said study estimates that, by the year 2027, the user base of hardware of virtual and augmented reality will barely reach 245 million people.