Bullfrag
Home Science there have been 16 episodes in the Canary Islands and cases of... 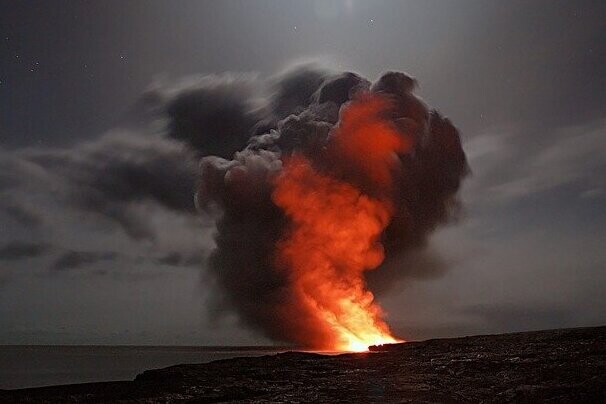 The island of La Palma it is an island of volcanic origin, that is to say, it exists because it arose after an eruption of an underwater volcano located 4000 meters below sea level. We are, therefore, in an area conducive to volcanic eruptions.

It is also the one with the highest number of historical eruptions (registered and documented): the National Geographic Institute (IGN) has registered 16 episodes so far of eruptions that have occurred in Spain since the 15th century in the Canary Islands.

In the world there are about 1,500 active volcanoes pbut only about 20 are actively erupting. The Cumbre Vieja volcano, on La Palma, had been asleep for half a century and it was this Sunday when it woke up. The historical volcanism in La Palma began in 1585. In this year the eruption of the Tahuya took place, characterized by the appearance of huge blocks named Agujas de los Roques de Jedey.

The lava flow caused by the eruption of the volcano on the island of La Palma has an average height of six meters, has so far emitted between 6,000 and 9,000 tons of sulfur dioxide per day and advances at 700 meters per hour.

However, despite the spectacular nature of the data and images, there are still victims, as is usual in this area: there is only one exception in the eruption of Teneguía, the only Canarian volcano with victims: a person died from the inhalation of toxic gases from getting too close. In the world, on average, about 540 people a year are the victims of volcanic eruptions. Between 1,500 and 2017, more than 278,000 people. These are the data that emerge from a study carried out by researchers at the University of Bristol.

USA.- The Biden Administration launches a new plan to protect the US infrastructure from cyberattacks