their future names will go out to public contest 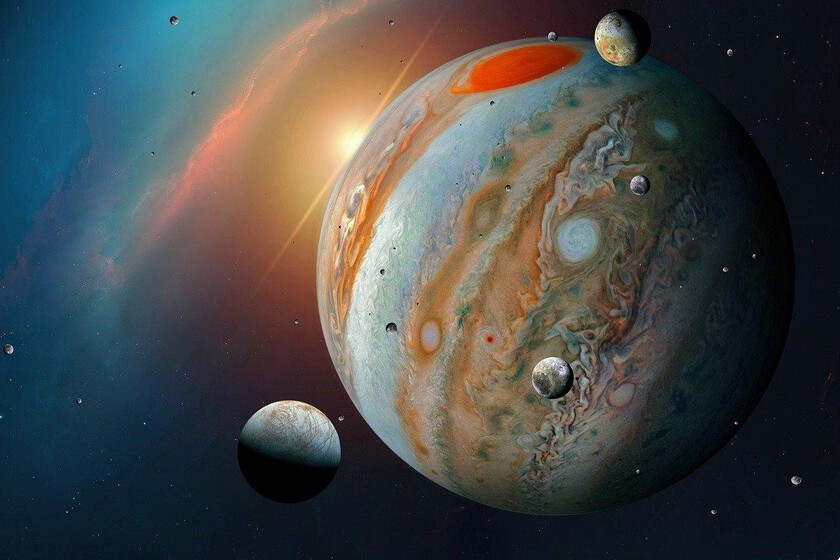 Quixote, Rocinante, Sancho, Dulcinea, Lich, Draugr, Poltergeist or Phobetor… They are names of literary characters, but also of exoplanets and stars of the universe. Names that we humans have used to baptize the different celestial bodies. On our planet, almost all the seas, rivers or mountains have names that the first civilizations chose. But the same thing happens with what floats above our heads. And here, in space research, it is our generations that have the most decision-making power.

And who is in charge of such an interesting mission? The International Astronomical Union (IAU), the body responsible for planetary nomenclature. To do this, they consult hundreds of encyclopedias, astrological dictionaries and references from all cultures. With rigor, they try to choose which myths are used for each celestial body. For example, Io, the volcanic satellite of Jupiter, was dedicated to gods of fire and thunder, as well as characters from the Hell of The Divine Comedy, as discussed in this article in El País. Europe, on the other hand, uses Celtic myths. And Ganymede, the one of Mesopotamian divinities and heroes.

However, sometimes this task is reserved for popular participation. Yes, through a public tender, The organization invites citizens to collaborate in the baptism of planets outside our solar system, the exoplanets. This year, up to 20 targets for the James Webb Telescope will be named with ideas contributed by anyone who wants to. You can find more information about the NameExoWorlds 2022 campaign here.

They could easily become exoplanet names. Let us remember that in 2016, the star mu Arae was renamed Cervantes through a similar contest. And the four planets that orbit it (mu Arae b,c,dye) they were called Quixote, Rocinante, Sancho and Dulcinea. The names were proposed by the Planetarium of Pamplona and were the most voted in the NameExoWorlds of that year.

Popular culture in each star

The names that Internet users have given to the stars and exoplanets of the NameExoWorlds contest during these years range from the dragon Fafnir (star 42 Draconis) to the astronomers Copernicus (Star 55 Cancri), Galileo or Brahe (planets 55 Cancri B and C, respectively). ). Suffice it to say that the star PSR 1257+12 (a dead but still active sun) and its three planets have been named after ghosts, zombies and undead like Lich, Draugr, Poltergeist and Phobetor. The Alexandrian philosopher Hypatia also named the exoplanet Edasich B.

Read:  Back to the Future: The Musical - everything you need to know about the new play based on the film that will hit Broadway in 2023

But this is not the first time that we have used the names of literary characters to name celestial bodies. The 27 satellites of Uranus, in our solar system, were named after characters from works of Shakespeare (and a poem by Alexander Pope): Hamlet, Macbeth or King Lear, for instance. And the Miranda satellite contains references to Romeo and Juliet.

Names of 14 stars and 31 exoplanets approved by the IAU.

You can consult the graph in its maximum resolution here.

Although the truth is that this popular participation has not always existed. As discussed in the article by science journalist Rafael Clemente, since the 17th century, many cartographers have proposed nomenclature. Galileo, for example, named Jupiter’s satellites “Medicean stars”, in reference to Cosimo II de’ Medici. Thomas Harriot put “Britannia” to one of the lunar plains. And the royal cosmographer Michael van Langren proposed national names of the Spain of Philip III: from the Philippine Ocean to the Austrian Sea and a multitude of court figures.

The same goes for Mars, which is based on places from classical antiquity: “Land of Gold” (Chryse), classical Greece (Hellas) or the magic fountain (Acidalia). Also the Nix Olympica or the Coprates channel. Recently, the UAI decided to name the craters of Mercury in homage to plastic artists, musicians and writers of all ages.