The zero-sum of mandate revocation 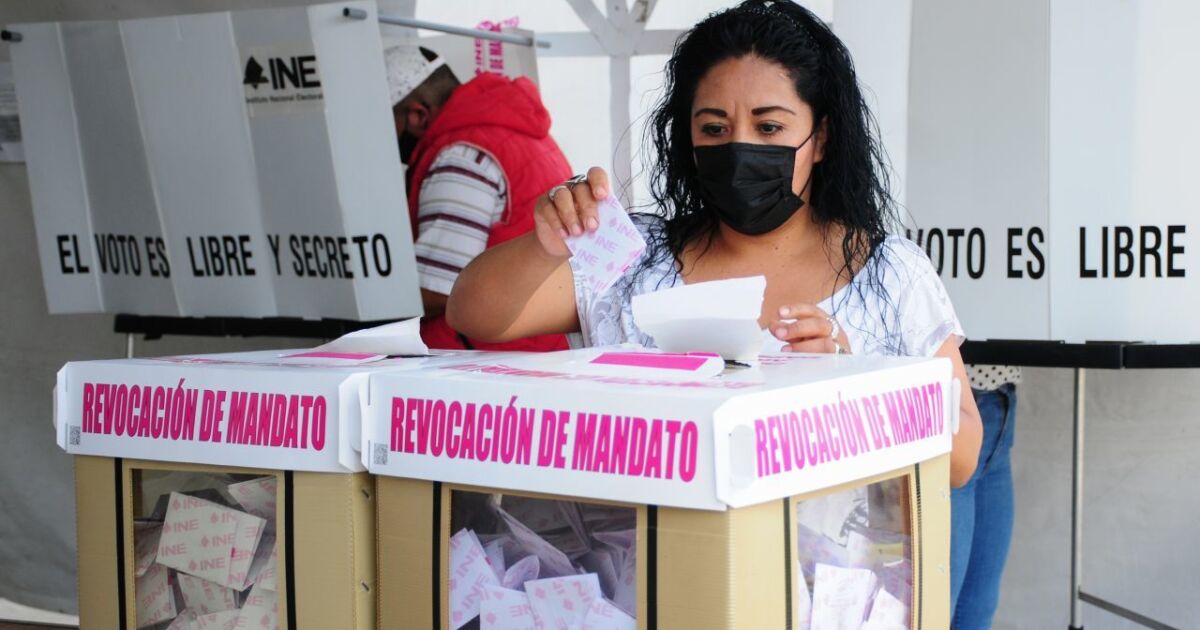 Morena’s detractors see the glass as half empty, since it was a sterile exercise by not meeting the requirements. Although there is no definitive winner, those who lose are not even the players.

A few days ago I wrote a text that analyzed the process of revocation of mandate in other parts of the world , particularly Venezuela and Bolivia, due to the parallelism they have with the López Obrador initiative. In all three cases, the president was the one who called the citizen consultation, not in a democratic exercise, but as a mechanism to validate his popularity.

López Obrador hoped to replicate the initial success of his Latin American counterparts with overwhelming turnout and approval. The second was fulfilled, but its effect is null without having the first. Mexico broke the pattern because unlike the Venezuelan and Bolivian examples, where participation was close to 70%, in Mexico it barely reached 18%.

When considering that in 2018 López Obrador received 31 million votes to sweep the presidential elections, the 14 million votes that his permanence received in the citizen consultation on April 10 lose weight. The revocation of the mandate requires 40% participation – that is, 38 million voters – to be effective.

By only gathering 15 million votes, adding the positive, negative and null, the result is zero, since it is not binding. Close to 2,000 million pesos, hours of service of the officials of the National Electoral Institute (INE) and other resources were spent on propaganda and carrying out a consultation with a sterile result. However, the implications of this result will bring gains and repercussions later on.

Not repeating the mistakes of other Latin American countries is a relief. The victories that Chávez and Morales obtained at the time gave them more strength and encouragement to implement more radical policies and postpone their mandates as they felt supported by the people.

Despite having received 90% of the votes in his favor, López Obrador should not assume that the majority of the country supports him when more than 8 out of 10 voters did not go to the polls. However, the apparent gains will be offset by the threats that will corner democratic institutions.

The immediate reactions to the results by the president and his party were expected: celebrate the success of the votes and blame the INE for the failure of the exercise. What is worrying is the scope of the demagogic narrative.

It should scare us that in the press conference the day after the consultation the president attacks the INE and assures that with an electoral reform they will make changes that will weaken the institute that regulates the elections; institution that gave the victory to López Obrador himself.