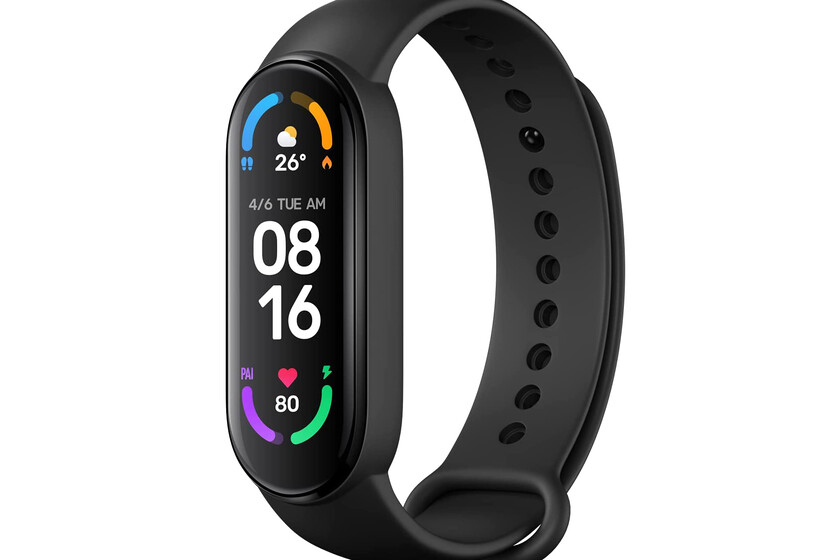 Xiaomi continues to expand its catalog in Spain and now it is the turn of a new physical activity bracelet such as the one Xiaomi Smart Band 6 NFC. An affordable model, heir to the Mi Band 6 that we could already prove that it can already be found officially in Spain without having to resort to stores that offer them imported.

A model that stands out for the incorporation of an NFC chip to make payments and that was presented globally on September 15. A model that continues to have some of its main characteristics, such as a color screen and the possibility of measuring the blood oxygen saturation, heart rate or have a way to measure women’s health.

Now you can pay with the bracelet

The Mi Band 6 with NFC is above all an evolution of the Mi Band 6 that we already know and that was presented in March 2021. To convince users, the brand is committed to mobile payment, since it continues to offer the same screen , equal major and the well-known design.

The Mi Band 6 stands out for connecting with NFC connectivity, one of the shortcomings of the Mi Band 6, so we can make mobile payments through Mi Pay, Xiaomi’s own payment system. The difference is that in this case payments with NFC are carried out in the traditional way and you have to use the Curve service, a British startup whose main product is a card that aims to unify and synchronize the rest of the cards in a alone.

Otherwise the Mi Band 6 with NFC features a 1.56-inch color OLED screen capable of achieving a maximum brightness of 450 nits. This model allows to record more than 30 sports and has a blood oxygen meter and heart rate sensor to monitor our daily physical health. It also allows you to record your breathing during sleep.

With a water resistance of up to 5 ATM, this model has a battery that according to Xiaomi offers up to two weeks of autonomy and also has a magnetic charging system. Otherwise, this model is still fully compatible with Android and iOS phones.

Also, the Xiaomi Smart Band 6 NFC is compatible with Alexa Thanks to a small microphone for interaction with the Amazon assistant and as extras it has a female health mode and can be used as a remote control to take photos.

The Xiaomi Smart Band 6 NFC is available in different colors and can now be purchased in Spain at a price of about 54 euros, almost 15 euros more than what the Mi Band 6 costs now without NFC that we can find for 39.99 euros in the Xiaomi store or the 31.90 euros that it costs in Amazon.