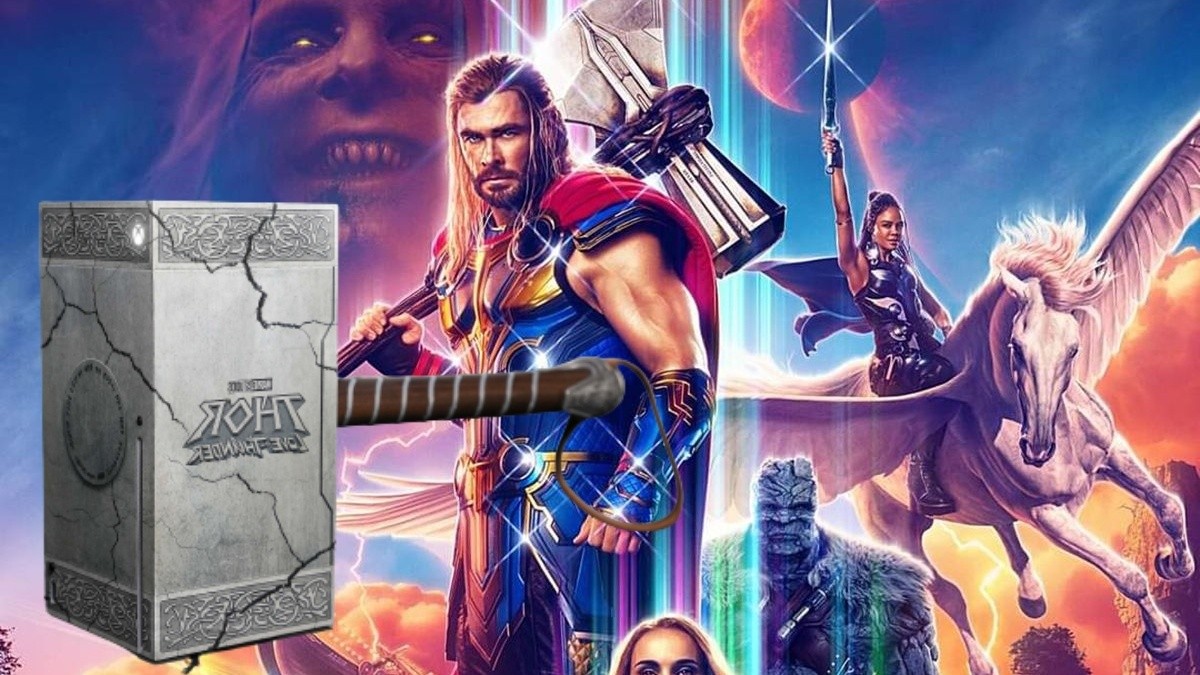 Index hide
1 Xbox held a giveaway for an Xbox Series X in the shape of Thor’s hammer to promote the movie Thor: Love & Thunder. Know all the details In the note!
2 Share it with whoever you want
3 Related Posts

Xbox held a giveaway for an Xbox Series X in the shape of Thor’s hammer to promote the movie Thor: Love & Thunder. Know all the details In the note!

It is normal that we can find different consoles aesthetically transformed to resemble a video game or movie. After the Xbox Series X|S Sonic furro edition, we now have a new Microsoft console even more epic. Of course, only the pure of soul will be able to obtain it.

The Xbox Series X is looking a little different after a bit of love and thunder.

Follow @Xbox and RT with #ThorLoveandThunderXboxSweepstakes for a chance to win this epic Mjolnir-themed Series X. Best of luck!

This is all part of an Xbox giveaway where they seek to promote the next film of Marvel, Thor: Love & Thunder. However, this does not mean that everyone can get this console, since only the fittest (or whoever wins the giveaway) will be able to get it. It will not be an easy task, since there is only time until next july 21.

If you are wondering about the requirements, the worthy person should only be over 18 years old, that will be enough. If you want to participate and you are over 18, you have to follow the Xbox Twitter account and retweet the promotion post with the hashtag #ThorLoveandThunderXboxSweepstakes. Once this is done, you will already be on the waiting list for the draw.

At the moment we do not know how resistant the handle is, and if it will be useful to be able to hit others with it. xbox mjolnir. We also don’t know how they will deliver it isn’t it that only the worthy can move it? So that makes all the workers of microsoft in worthy people. Well what matters is that you don’t have to use the xbox as a weapon.

Thor: Love & Thunder marks the return of the director Taika Waititi to the Marvel Universe. In addition, we will meet Natalie Portman What Jane Foster Already Christian bale as the villain hat. We will be able to see all this and more on July 7 with the premiere of the film.