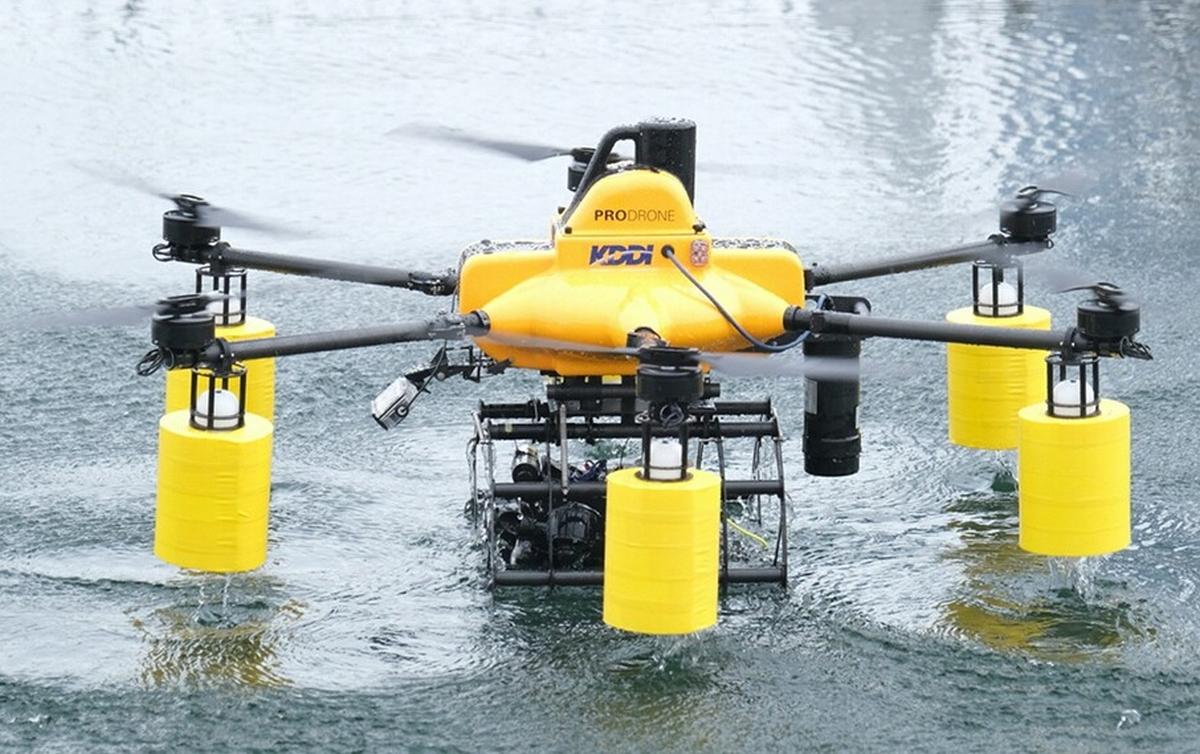 We have seen flying drones, and underwater drones. Here we have the first drone to do both … using a trick.

The drones They have become a very useful tool in countless professions and tasks. They are becoming more versatile, and there are more and more different variants.

The telecommunications company KDDI has partnered with the drone manufacturer Prodrone and with the company specialized in underwater robots Qysea, to create the world’s first amphibious drone.

Sea-Air Integrated Drone It flies through the air like a traditional drone, but is also capable of diving into the depths of the sea. You can see how it works in this video:

Sea-Air Integrated Drone has a trick, although its name does not fool anyone. Is an integrated drone, that is to say, a 2-in-1 drone.

It is actually formed by the union of the KDDI flying drone, that does transport, and the FIFISH Pro V6 Plus underwater drone, which is the one that dives into the sea.

The flying drone has a built-in cage where the underwater drone is placed. Thanks to the 6 floats located on its propellers, this flying drone can land in the sea, similar to a seaplane, but vertically.

The JJRC Terzetto drone is a three-in-one vehicle that flies, navigates, and glides across the ground. And it costs less than 30 euros. Ideal for a gift that will surprise its recipient.

Once perched on the surface of the ocean, the cage is submerged in the water. That’s when it breaks free the FIFISH Pro V6 Plus underwater drone, who will perform the aquatic exploration.

It is an interesting system because the KDDI flying drone, which can be controlled remotely or autonomously by GPS, can transport your underwater companion to the exact point of the sea where it must work.

Thus FIFISH Pro V6 Plus saves battery, and you can spend more time operating under the sea.

For some reason that seems bearable the underwater drone remains permanently attached to the flying drone by a communications cable, as explained New Atlas.

This is used for the operator can control the underwater camera, and use it remotely.

East amphibious drone It has already been successfully tested in Yokohama, and it will be used in a water park to inspect underwater turbines, and park facilities that are built over the sea.