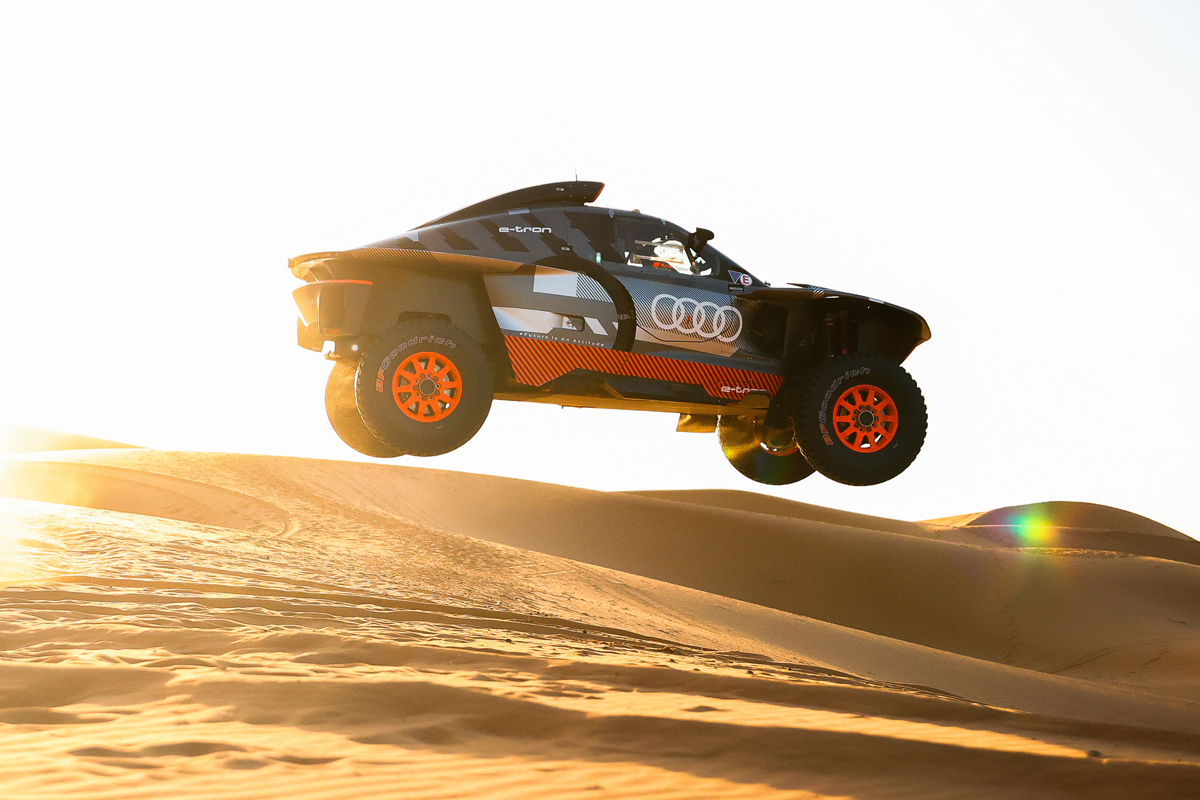 The Morocco Rally changes the route, but maintains its essence. The test has a list of record entrants with the best exponents of the car and motorcycle categories present. The Dakar appears and its drill is already here.

The Morocco Rally is the event that serves as a traditional simulation of the Dakar, but in its 2022 edition it has many other attractions. The title of the FIA ​​and FIM World Rally-Raid Championship can be decided at the event held in North Africa, even if the event still has to travel to Spain to contest the Andalucía Rally.

Taking these two factors into account, the list of registered is spectacular. In fact, the rally organized by Castera presents a registration record with more than 250 vehicles and five top-level projects in the T1+ and T1 E categories. Among the participants is Audi with its new jewel, the updated Audi RS Q e-tron E2. At the wheel will be Carlos Sainz, Stéphane Peterhansel and Mattias Ekström.

However, the fight for the World Rally-Raid Championship title has other protagonists. On one side is Nasser Al-Attiyah, great favorite for victory in Morocco after having won this rally six times. The Toyota driver is going ‘free’, but it is true that the Japanese firm has wide representation thanks to Overdrive. With his cars they compete Yazeed Al-Rajhi, Erik Van Loon, Lionel Baud or Juan Cruz Yacopinias well as a Isidre Esteve which premieres T1 +.

Opposite will be Prodrive, with leader Sébastien Loeb as the spearhead. The Frenchman is one point ahead of Nasser Al-Attiyah and will have support, as Bahrain Raid Xtreme works as a team, ‘Orly’ Newfoundland and Guerlain Chicherit. Other names of the test are Martin Prokop, Kuba Przygonski -with Armand Monleón as co-driver in the MINI- or Sébastian Halpern. In the T3 category, ‘Chaleco’ López, Cristina Gutiérrez, Seth Quintero, Guillaume de Mevius and Mitch Guthrie converge.

Leaving aside the ‘Side by Side’ T4 and the eight trucks in the T5 category, which is saying a lot, the Morocco Rally can also boast an impressive motorcycle entry. KTM appears with Kevin Benavides and Toby Pricewhile Honda puts all the meat on the grill with the participation of Ricky Brabec, Pablo Quintanilla, Nacho Cornejo and Adrien Van Beverentangentially confirming Joan Barreda’s departure from the project.

Read:  Cucurella could buy these Ferraris with his salary in the Premier League

The rival to beat is Sam Sunderland with the GasGas. The winner of the Dakar 2023 and the Abu Dhabi Desert Challenge will be looking for his third big win of the year, which would be enough for him to win the FIM World Rally-Raid title. Skyler Howes and Luciano Benavides compete for Husqvarna -with a new bike-, while Franco Caimi, Sebastian Bühler, Ross Branch and Joaquim Rodrigues compete for Hero. In Spanish key, Lorenzo Santolino leads Sherco’s bet and Tosha Schairena competes with GasGas.

For the 2022 edition, the Morocco Rally has been renewed. The test opens a new route that abandons the concept of a single camp to tour the coast of North Africa. The event has 1,575 kilometers against the clock in a route that exceeds 2,300. The competition is divided into six days with a first day as a prologue on October 1 and five stages around 300 kilometers on the following days.

The Morocco Rally will tread part of the scenarios that in other times have hosted the Dakar Rally. Cities like Agadir, Tan Tan or Laayoune will witness a race in which all the participants will have to cross some of the most iconic dunes in North Africa, such as the dunes of Erg Chebbi or Chegaga.

According to research, London is emerging as the most prepared city in the world for crypto business

Green comet: what TIME to see its passage through the star Capella, today February 5 from Mexico?

Science spoke: this is the most HANDSOME man in the world in 2023