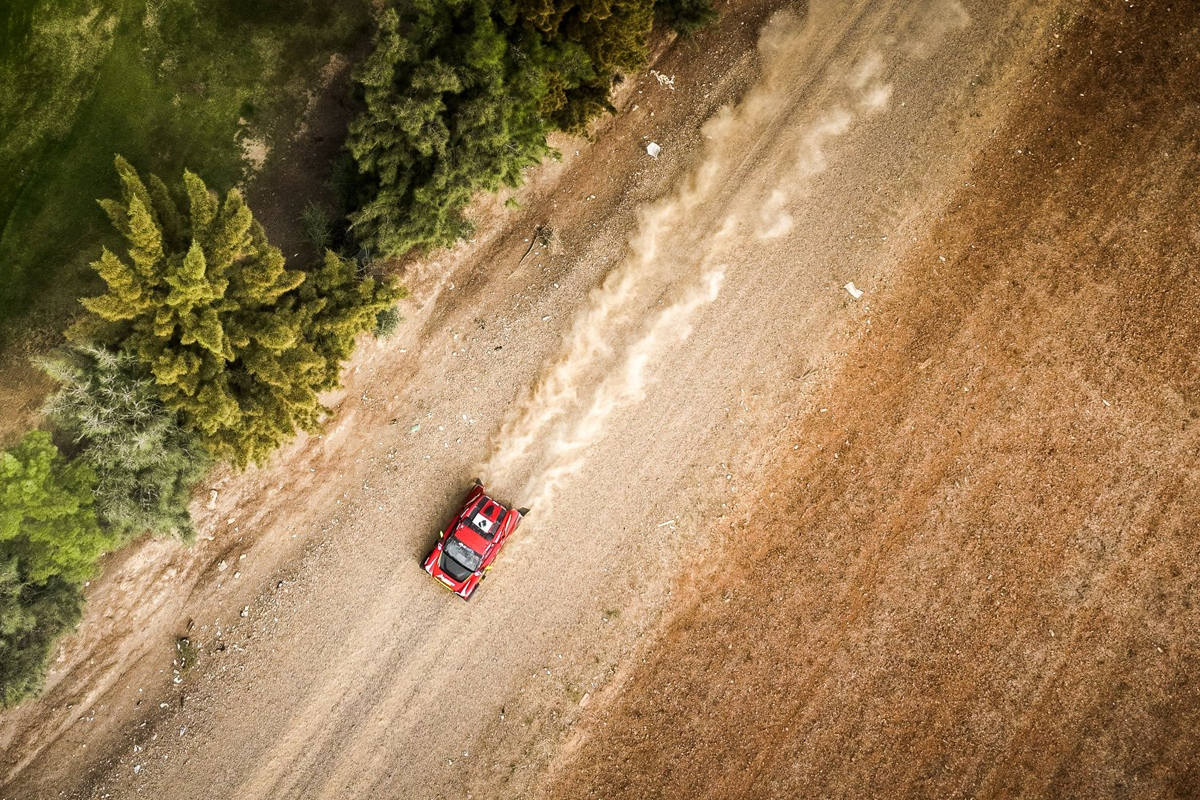 The Andalucía Rally puts the finishing touch to the FIA ​​World Rally-Raid Championship. The Spanish sections decide the first champion of the contest in a duel between Nasser Al-Attiyah, Sébastien Loeb and Yazeed Al-Rajhi. Several more titles are up for grabs.

The Andalusia Rally is here. After not being able to take place on its original date in June, the Spanish event of the FIA ​​World Rally-Raid will put the finishing touch to the championship and will decide a large part of its champions. The test that takes place through different scenarios of the Andalusian geography has almost 1,200 kilometers against the clocka route that will serve to resolve the battle that has been going on since January, from Dakar itself.

Naturally, all eyes are on the protagonists of the duel that will decide the first World Rally-Raid champion. Nasser Al-Attiyah starts with an advantage over Frenchman Sébastien Loeb. The kind of narrow, slow and twisty stages that may be closer to a World Rally Championship special work in favor of the French driver, although the qatari has in his favor his rent of points in the classification.

Yazeed Al-Rajhi is also involved in the title fight, although his chances of winning the championship are quite small. All in all, the Saudi is one of the candidates for the final victory in the Andalucía Rally within a list of entries in which there are some names that will be protagonists in the next Dakar. Without the Audi prototypes, other drivers like Isidre Esteve are called to gain weight in the race.

Some of the points of interest for fans who come to the stages that shape the Andalucía Rally will be see in action the new Yamaha prototype developed together with X-Raid. At the moment it is registered in the Open SSV class, but the goal is to compete in the T3 category of the next Dakar. And if seeing his competitive level is already an incentive, the fact that one of his drivers is Stéphane Peterhansel makes him even more attractive.

More titles up for grabs

In class T3, Cristina Gutiérrez competes at home and will try to assault the leadership of ‘Chaleco’ López in the World Cup to defend her crown as reigning champion. On the contrary, at T4 the situation is very different, since the first three classified in the World Cup move within a margin of two points. The protagonists in this category are Michal Gozcal, Rokas Baciuska and Austin Jones.

In motorcycles, Sam Sunderland defends leadership, a position he has held since his victory in January on the Dakar. He will not be able to trust himself in the presence of Pablo Quintanilla and Ricky Brabec, roosters of Honda. The brands that make up the two-wheeled off-road scene do not fail at the Spanish World Cup event, so the competition will be very high. The Benavides brotherswith crossed objectives, are also from the game.

The Andalucía Rally has a route of more than 2,000 kilometres, although the competitive route comprises 1,175 kilometers. The activity is divided into five days, although in the first a small prologue is disputed -stage 1A-. The remaining four stages are carried out in different Andalusian regions. The first of them -1B-, the one on Thursday 20, takes place in the province of Sevillein the towns near Carmona and in the southern mountains of Seville.

The second competitive day itself will take place in the region of Antequera, so the race will approach Malaga. On this tour of Andalusia, the third stage moves the race to the province of Huelvawhile the last stage is carried out in the bay of Cadizalthough it is also the shortest stage.