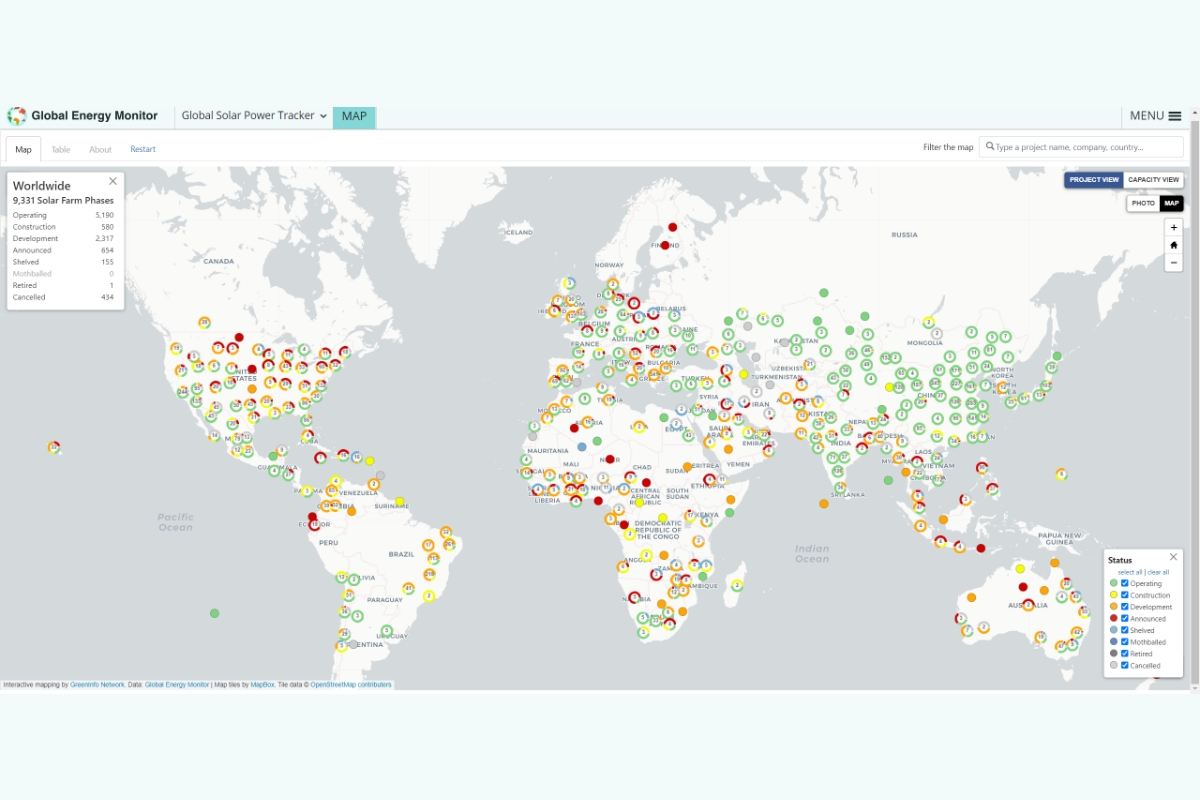 Global Energy Monitor, a project born in 2007, allows you to consult all the information related to the energy that moves the world. Particularly noteworthy are the renewable energies that are growing so much in recent times.

Gas, coal, nuclear, wind, solar… it’s all in Global Energy Monitoran international database that collects every point on the planet where an energy production plant operates or has been planned.

In the specific case of renewable energies, wind and solar, there is room for all projects of at least 10 megawatts (MW). This monumental database collects not only the location, but also the capacity and the owner operator, among other data. All this thanks to government and corporate data.

“Capturing the full extent of solar and wind power built around the world is critical to measuring progress towards the energy transition,” said Ingrid Behrsin, project manager at Global Wind Power Tracker.

“With open access project-level data like this, we are now in a much stronger position to track how countries are comparing to their own stated renewable energy targets”he assures.

Index hide
1 Spain, at the forefront in renewables
1.1 Wind energy: how it is produced, what are its advantages and what types are there

Spain, at the forefront in renewables

One of the things that we can know thanks to the Global Energy Monitor is how much or little each country in the world is advancing in certain energy sources. And, in the case of renewables, Spain is in the lead.

Read:  Renault Scénic E-Tech, the secrets of a new electric SUV that points to the Volkswagen ID.4
Also read:

Wind energy: how it is produced, what are its advantages and what types are there

As far as wind power respect, our country is the fourth with the largest operational capacity in the world, only behind China, the United States and Germany. Specifically, the Global Wind Power Tracker catalogs 13,263 operational phases of utility-scale wind farms, generating 681.4 GW in 144 countries.

Another relevant piece of information is projected, announced, under construction or development wind energy production. In it, Australia is the country with the highest growth potential (111 GW), with Spain in ninth place with 3.2 GW in process.

If we talk about future projection, China continues to be the absolute benchmark with a capacity of 186 GW on the way. Spain, for the moment, is satisfied with adding 14 GW more, being the ninth country with the highest growth projection in the near future.