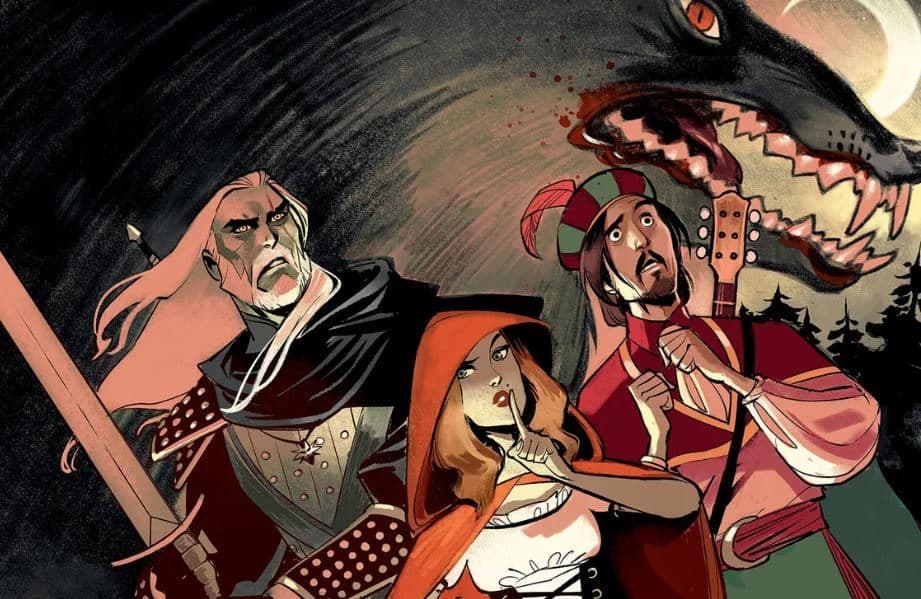 The franchise The Witcher has grown exponentially since the success of the video game The Witcher 3: Wild Hunt in 2015. So much so that the universe created by Andrzej Sapkowski has become a Netflix series, anime and also many comics. Now, in that sense, we have known that The Witcher will receive this year a new series of comics inspired by classic talesas has confirmed exclusively on the Polygon portal, which has been able to offer the first details, the release date and has also shown the cover of the four issues that will make up this new collection of colorful stories of the sorcerer Geralt of Rivia.

As in almost all The Witcher stories, this comic, called The Witcher: The Ballad of Two Wolves, begins with Geralt going to the town of Grimmwald, where he has been summoned to settle a monster contract. Specifically the one that refers to a werewolf and the three pig sisters. Obviously we are facing a clear inspiration in classic tales such as Little Red Riding Hood or The Three Little Pigsalthough these stories developed by Dark Horse Comics and CD Projekt RED will surely give a twist to the originals.

The first of four installments in the comic book series will arrive on December 21, 2022, just in time for Christmas, while the rest still have no confirmed release date. What we do know is that the first number can already be reserved for $3.99 at the official Dark Horse store. Thus, Geralt de Rivia continues to expand his horizons and add new stories that enrich the character and are, without a doubt, a delight for fans of The Witcher.

Read:  Saints Row shows the secondary activities that can be done to get money

Will we see the ‘patient zero’ of Cordyceps in the series?