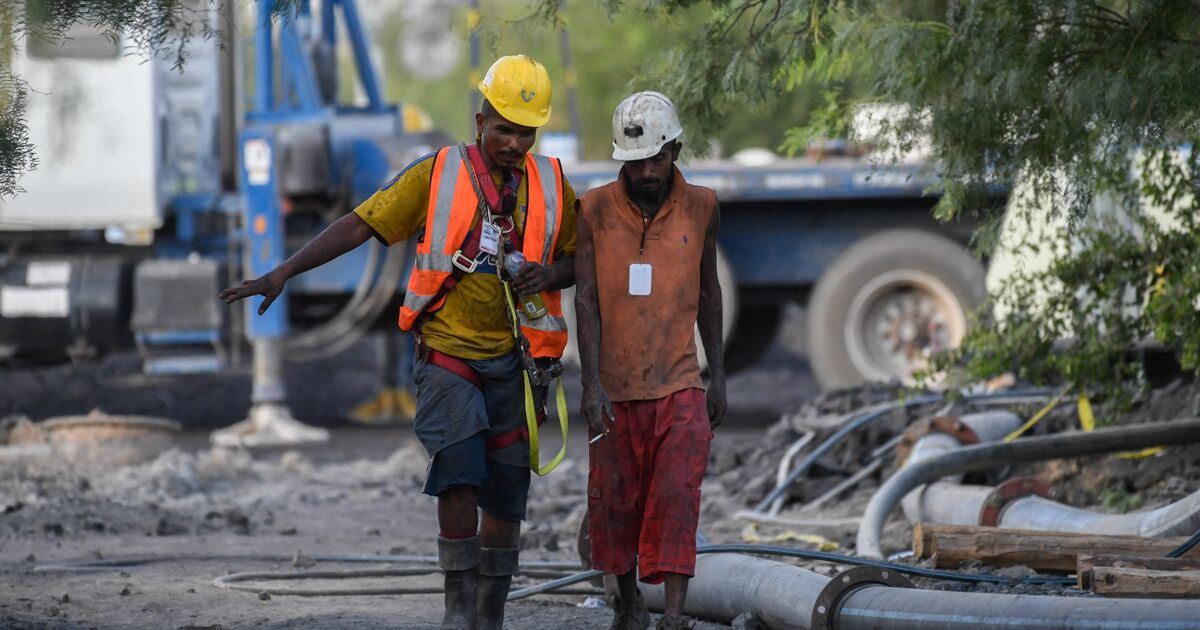 A flood that could be prevented?

The Government of Coahuila explained that the accident occurred when the miners ran into an adjoining area full of water, which caused a flood when it collapsed, leaving a group of miners trapped in a sinkhole.

Section 15 of the NOM-032-STPS-2008 talks about floods, a latent risk in this activity. To mitigate it, companies must carry out a geohydrological study that, at least, contains the plans of the coal extraction operations with the location of aquifers close to the place of the mining operation and surface water deposits.

From the study, the company must determine the risk prevention and control measures which, among other things, must contain the characteristics of the barriers or protection pillars between the exploitation and the old mine or the body of water, as well as operational processes for their conservation.

José Martínez Gómez, former president of the Association of Mining Engineers, Metallurgists and Geologists of Mexico, stresses that the operation of El Pinabete did not have such studies. “The lack of knowledge of those already exploited concessions and the lack of control of new operations, cause this type of accident to occur. (In the case of the mine) there was no information on how far away the old exploitation was, which was already it is full of water… Without a control, it was difficult for the miners to calculate the distance at which they had the risk”, he reiterates.

Alatorre also agrees that the lack of a study could have caused the mishap.

Among the obligations established by the NOM-032-STPS-2008 For the bosses, there is the need to verify that all the people who enter the mines wear, at least, a protective helmet, a mining lamp with a rechargeable battery, a lamp holder belt, rubber boots or protective footwear with a toe cap, heels or hearing shells, sunglasses. gloves, particulate respirators, cotton work clothes or materials that do not generate static electricity, self-rescuer and metal identification card.

Read:  You can import ASIC to mine Bitcoin without paying taxes in Brazil

Most accidents in this sector are concentrated in underground operations. “There are security standards, but we will not know if the trapped miners had the necessary equipment and information at the time, until they manage to get out,” says Alatorre.

Was there a rescue plan?

Due to the nature of the activity, the rule on safety in underground coal operations establishes in section five that one of the employer’s obligations is to establish a written emergency care plan available to workers, contemplating the integration of one or more brigades to combat any type of incident, from fires and explosions, to floods, landslides and flashovers of gas and coal.

Likewise, it asks to include in this plan the alert and alarm procedures in case of emergency, the attention of the event, evacuation of the mine, first aid, rescue and salvagecoordination of the mine brigades with other external brigades and the control of access and re-entry to the operation.

But the fact that 10 miners are still trapped shows that several of the emergency protocols, risk mitigation measures, and regulations on signage and equipment were not complied with.

On August 4, President Andrés Manuel López Obrador assured that military personnel, specialists and four dogs were already at the scene to participate in the rescue work, however, no information was ever released about whether the mine had a plan or brigades as stipulated by the norm.

Alatorre points out that the majority of coal extraction operations are small and are not registered with a chamber or association, a condition that favors may not adhere to safety standards. In fact, the fact that the “pocitos” meet all the standards is usually the exception to the rule.