Bullfrag
Home Technology Automobiles The Volkswagen ID.4 is already being produced in the United States 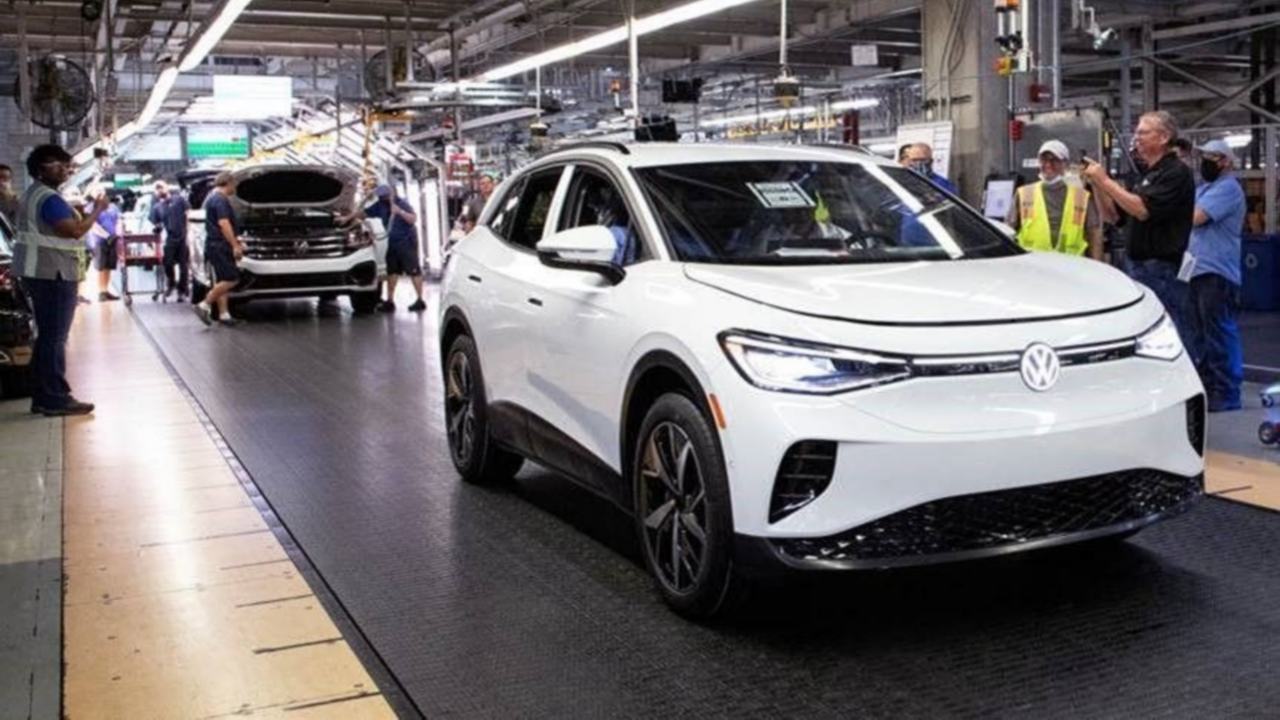 These are the first images of the Volkswagen ID.4 leaving the assembly line of the German brand’s plant in Chattanooga, Tennessee, where the pre-production units are already being assembled, to test the assembly line before serial production of the model in 2022.

An executive of the German company has published the first images of the Volkswagen ID.4 leaving the assembly line of the facilities of the brand in Chattanooga, Tennessee. The same plant where the current Volkswagen Atlas or Volkswagen Passat range for the North American market is assembled.

Volkswagen’s new compact electric crossover is not only going to be assembled in Germany, but it is also expected to be one of its key products in the United States and CanadaTherefore, the company also plans to make a hole for it in the assembly line of its North American plant.

From these facilities the production units of the Volkswagen ID.4 and the Volkswagen ID Buzz will leave next year, the latter being the most important model for the company in the North American market, since you will have a higher profit margin that of the ID itself 4.

Index hide
1 Production
1.1 Volkswagen ID.4 test, we get behind your wheel for the first time

The top photo shows us one of the first pre-production Volkswagen ID.4 units to roll out of the Tennessee facility. This was published on the Linkedin profile of Scott Keogh, the current CEO of Volkswagen of America, during a visit to these facilities.

Volkswagen ID.4 test, we get behind your wheel for the first time

These newly manufactured units from the electric crossover serve to test the manufacturing processes prior to the actual production of the model, which, as we have already mentioned, will begin sometime next year. Eventually, the Volkswagen ID.4 units made in Chattanooga will serve to feed the huge North American market, while the Volkswagen ID Buzz copies will also be exported to other countries.