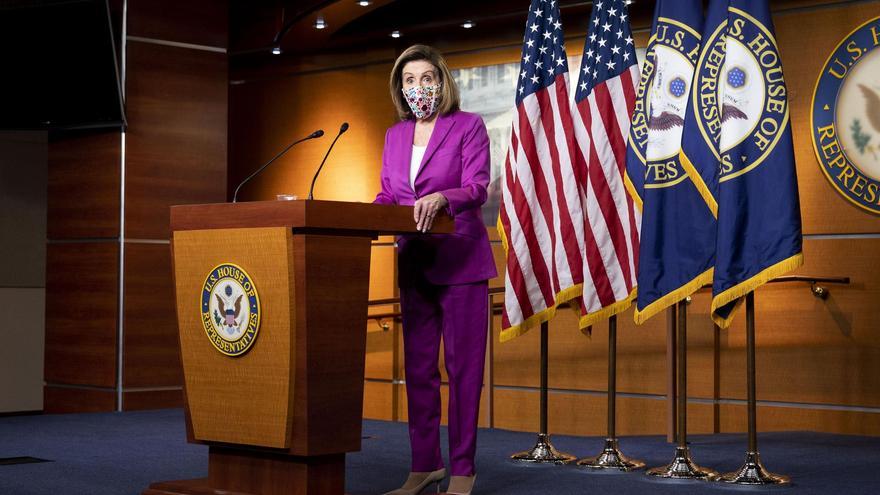 The United States House of Representatives approved this Wednesday at midnight a bill for suspend the public debt ceiling, hours before the country defaults on its sovereign debt. The measure expands funds by 2.5 trillion dollars to deal with debts already contracted, which will allow the US to maintain its borrowing capacity until 2023. The bill, which was approved in the House of Representatives with 221 votes in favor and 209 against after being authorized hours before by the Senate, it is now ready to receive the signature of the American president, Joe Biden, and take effect.

The law prevents the US from defaulting on its sovereign debt this December 15, when the country is expected to run out of funds to pay your debts, according to the latest calculations by the Secretary of the Treasury, Janet Yellen.

The path for this project to receive the green light was especially difficult in the Senate, where the vote was 50 votes in favor and 49 against. Normally, any bill needs 60 votes to pass in the Senate. However, the measure received the go-ahead with only 50 votes from Democrats thanks to an agreement reached last week by the leader of the progressives in the Senate, Chuck Schumer, and his Republican rival, Mitch McConnell. Both of them they changed the Senate rules in a timely manner so that the debt ceiling could be suspended solely with the votes of the Democrats and without the support of the Republicans, since the conservatives have been resoundingly opposed to supporting any measure in this regard for months.

Read:  CoD will continue to come to PlayStation until at least 2023

In addition, the far-right wing of the party has been especially combative on this issue and former President Donald Trump (2017-2021) has come to question McConnell’s leadership. In a series of statements this weekend, Trump criticized McConnell for not having “the guts to play the debt ceiling card,” which he believed would have hurt his successor in the Presidency, Democrat Joe Biden, and it would have given the Republicans a “complete victory in just about everything.” For his part, Yellen has warned that the non-payment of the debt could have very negative consequences not only for the US economy, but for the rest of the world.

Once approved by both houses, the measure represents a great victory for Democrats, because by suspending the debt ceiling until 2023, they will not have to touch on that controversial issue again until after the legislative elections set for November 2022. United States has never had to declare the suspension of payments of its national debt, but it was very close in 2011, when the mere possibility of that happening unleashed chaos in the financial markets and caused Standard & Poor’s to downgrade the country’s solvency note.

From time to time, the United States appears to default on the national debt, because unlike other countries, the United States Government can only issue debt up to the limit set by Congress, which has the power to raise that ceiling as it sees fit. Currently the US federal debt exceeds $ 28 trillion.