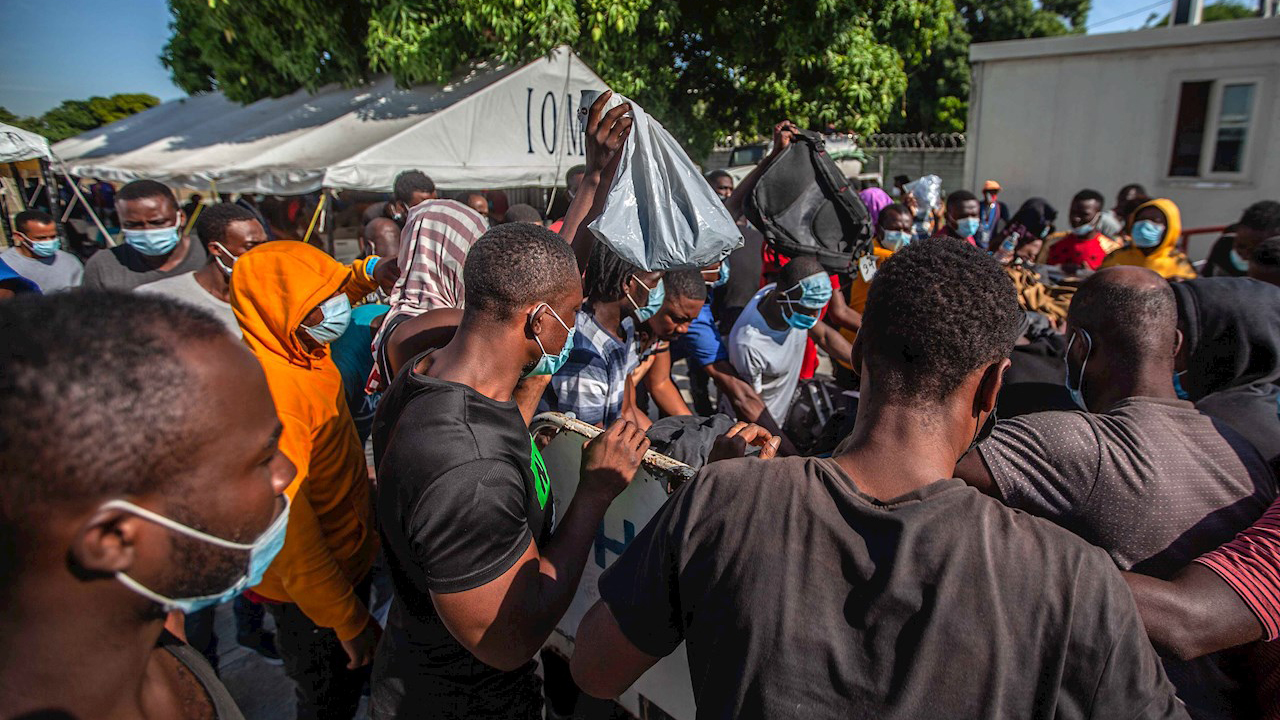 EFE.- Haiti received dozens of migrants from their country deported from the United States on Monday, bringing the total to 560 who have arrived in the Caribbean country in the last two days as part of the thousands who still remain in a makeshift camp in Texas, after crossing the border from Mexico.

Some cry, others curse, each one tells an anecdote of the trip.

They look disappointed, frustrated and embarrassed when they get off the plane, just like when they take a seat in the reception area reserved for the Toussaint Louverture airport in the Haitian capital.

This Monday, 233 deported Haitians arrived, including 45 children and 45 women. Almost all the women deported today were holding a child or baby.

The country expected three flights today from the United States, but only two landed. Most of the deportees are between 20 and 30 years old. At the airport they tell about the dangers of the trip.

“Several women were raped. Several men were murdered, ”says one deportee to another. Most are people who left Haiti six and ten years ago. Almost all speak Spanish.

Of the 560 people deported between yesterday and this Monday, at least 170 are children, several with Chilean or Brazilian accents.

Hundreds of migrants denounce the conditions of deportation. All are hostile to the Haitian authorities who, they say, received money to sign their deportation.

“We had spent at least six days in prison without eating or drinking or washing. On the plane they chained us like thieves, ”said one of them.

Read:  Summary and goals of Marseille

While some agreed to speak to journalists without giving their names, others were very hostile to the media, accusing them of being responsible for the current state of the country.

“The conditions of deportation do not depend on us. Deportation is done by the host country, ”said the coordinator of the National Migration Office (ONM), Jean Négot Bonheur.

He stated that every day three flights are expected for the next 15 or 20 days to receive all those who are stranded on the US side of the border with Mexico.

Some have legal documents from countries like Chile and Brazil, others don’t. However, all the children who are with them were born elsewhere and therefore have foreign nationality.

The deportees complain that the 2,500 gourdes (local currency) given to them as an accompaniment fee is allegedly less than the money the Haitian government has earmarked for these purposes.

Several of the migrants carry the odd suitcase. Others have come only with their clothing. Under the border bridge in Del Rio, Texas, they say they were mistreated by US border agents.

“They treated Haitians like thieves. Haitians are not thieves, but people seeking a better life. They did not treat people from other nations that way. It’s racism, ”said a woman in her 30s who said she lived in Cap Haitien.

If you regret Windows 11, you can quickly return to Windows 10