The unstoppable advance of card payments still has barriers in Europe. Germany is proof of that. 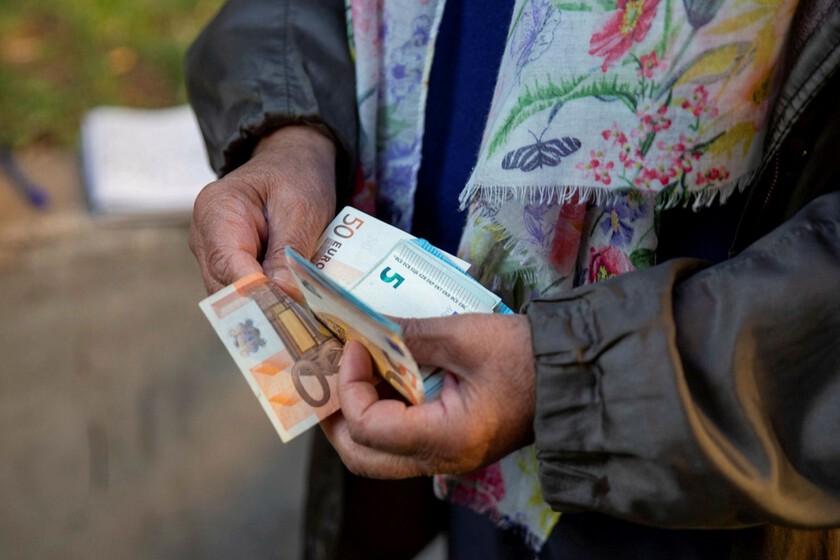 A few days ago, Italy proposed to increase the maximum limit for cash payments to 5,000 euros, despite criticism from the Bank of Italy. Under current law, Italians can use cash for payments up to €2,000, but this limit was lowered to €1,000 by 2023. The new twist would change this. And not only that: merchants would be allowed to refuse to accept digital payments for transactions of up to €60.

In Europe, many people still pay in cash. This is due to many factors, but the reality is that there are cultural reasons for their aversion to digital payment systems, as we have seen in Germany. many europeans they believe that they manage their finances better if they have the money in their hands. Now, with the digital euro just around the corner, the debate on the disappearance of cash is on the table. And it doesn’t seem like an easy path.

Whether in bars or shops, in Germany you can only pay cash in many places. And it is not something that annoys customers, quite the opposite: They’re used to it to carry cash with them, and they like to do it. The German country has been the subject of ridicule from other countries where cashless systems are growing rapidly. “Germany is supposed to be an advanced country, why would they continue with the old coins and banknotes?” many ask.

In reality, the cash culture that exists in Germany is not only due to stores refusing to accept cards, but it is part of the mentality of their society. “The owners of some bars thought that paying with my Apple Watch was witchcraft“, explained a British woman in this article from The Local, who states that knowledge of contactless payments was minimal. According to a survey by the payment service provider Klarna, almost half of Germans (49%) still prefer to pay online. cash.

Security and privacy protection are often cited as reasons for many Europeans’ preference for cash payments. However, for Erich Kirchler, a business psychologist, the essential factor is control. “We don’t want to patronize. We want autonomy, we want the freedom and convenience that cash offers,” he commented in this DW article.

According to the expert, Germans and many Europeans are worried about losing control of their finances and identifies two reasons: on the one hand, they fear that it could lead to greater control by the state or banks. Second, they have the impression that they can better control their spending by handling real money.

In reality, few countries are as averse to card payments as Germany. According to the European Central Bank, Germans carry around €103 in their wallets on average, more than any other European. They pay 80% of their purchases in cash, surpassed in this regard by countries like Italy (86%) and Spain (87%).

But the number of small stores and restaurants that accept cashless payments is constantly increasing, especially after the pandemic, and mainly because customers increasingly expect to pay cashless. And card fees are another reason small shops and restaurants still rely on cash.

Index hide
1 The Scandinavians, the other side of the coin
2 The arrival of the digital euro

The Scandinavians, the other side of the coin

In 2019, Austrians withdrew a staggering €140 a week from ATMs, while Norwegians withdrew just €35. In 2020, 96% of the Icelandic population used banking on-line, compared to only 9% in Romania. As can be seen, the Nordics have completely abandoned cash.

Sweden, the first European country to issue banknotes, is also one of the first to get rid of them. With less than 32 ATMs for every 100,000 inhabitants, more than 98% of its citizens use a debit card. Even is encouraged by law. There it is totally legal for a merchant to refuse cash payments. Also, many banks do not handle cash transactions at branches.

Norway is another clear example. According to data from the World Bank. Nearly all Norwegians (98%) have a debit card and Norway’s central bank says that only 3-5% of all POS transactions were made with physical cash, and three out of four card transactions were made contactless. Furthermore, more than 95% of the population uses mobile payment applications.

The arrival of the digital euro

A few days ago, as we reported in Xataka, the president of the European Central Bank, Christine Lagarde, explained that the ECB is collaborating with the European Commission, the European Parliament and various finance ministers to develop a digital euro, a currency that wants to prevail over cryptocurrencies and that theoretically will supplement cashI wouldn’t replace it.

The digital euro would end, yes, with the anonymity of cash with the excuse of thus avoid fraud and terrorism. It is expected that the regulation arrives in 2023, and the digital euro could be issued and become an alternative in 2025 or 2026. What is clear is that the physical is increasingly destined to disappear. Although some find it hard to accept.