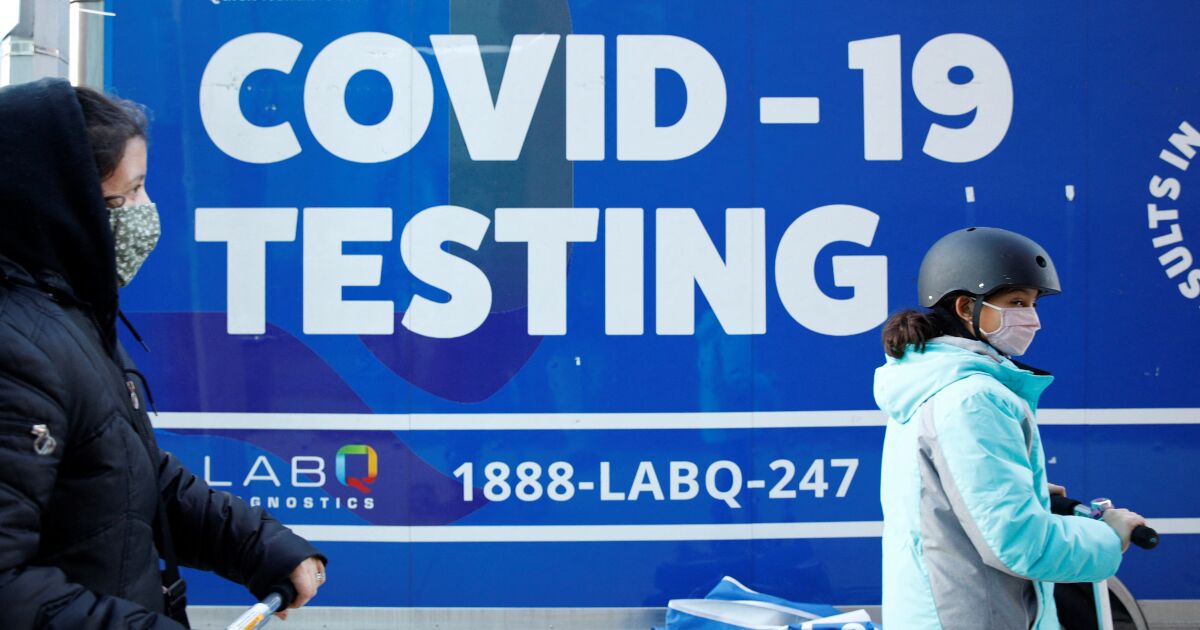 Last Friday, Walensky held an unprecedented telephone press conference, the first since he has been in office, to defend himself against criticism.

In that call, he clarified regarding isolation that the onset of symptoms should be counted as day zero and that confinement can be lifted on the sixth day if one is asymptomatic and always wearing a mask.

The mask is an issue that haunts her long before, specifically May, when the CDC announced that a mask was not necessary for those fully vaccinated, a recommendation that they later modified.

Everyone is going to have COVID-19

The confusing recommendations coincide with a vertiginous rise in COVID-19 infections in the United States, where the omicron variant, more contagious than the previous ones, already accounts for 98% of cases.

The country, which on January 3 exceeded one million new cases for the first time confirmed, broke a new record for hospital admissions from COVID-19 on Tuesday, with more than 145,000 people in health centers.

Faced with this situation, the government’s main epidemiologist, Anthony Fauci, assumed this Wednesday that almost “everyone” will contract the coronavirus sooner and later, although he defended the effectiveness of vaccines to prevent the disease from being serious.

“Virtually everyone will end up exposed and will probably become infected, but if they are vaccinated and receive boosters, the chances of them getting sick are very, very low,” Fauci said during the press conference.

The Omicron variant has more asymptomatic patients, a key to its rapid spread

Fauci insisted that COVID-19 “cannot be eradicated”, although he defended that it will finally be controlled.

Read:  Free Now adds the shared cars and goes for the Cabify model

According to the CDC, vaccines have allowed the risk of hospitalization with the omicron variant to be reduced by 53% compared to the delta, while that of ending up in an intensive care unit has dropped by 74% and that of death, a 91%.