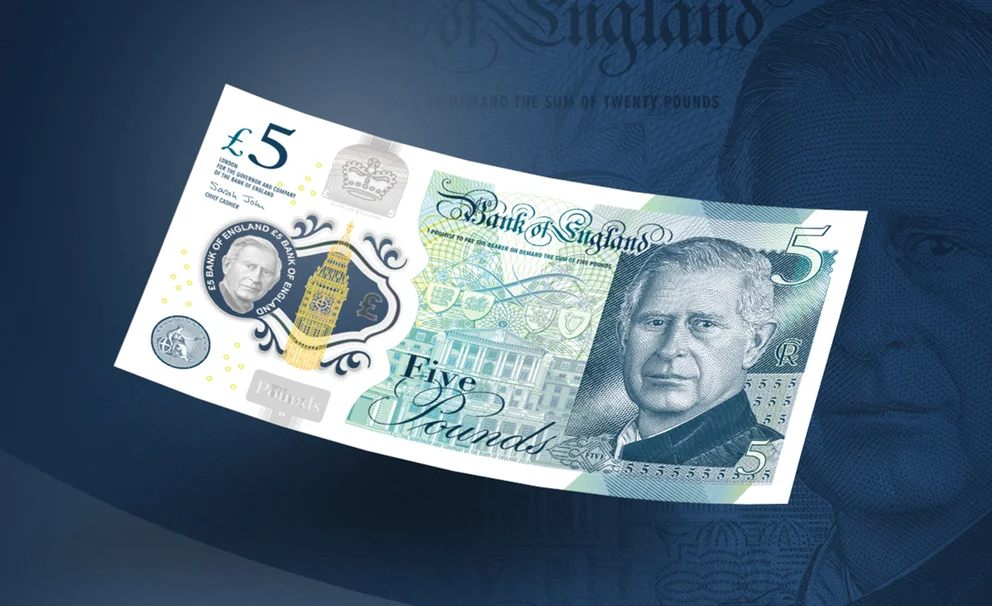 British pound notes in the United Kingdom will no longer have the image of Queen Elizabeth II and will show that of her son, Charles III, who inherited the throne after the monarch’s death.

The change was already confirmed from the moment the queen’s death became known on September 8, 2022, but the Bank of England, that country’s highest monetary authority, had not yet revealed the new design.

This happened on Tuesday, December 20. It was also reported that sterling with the image of Queen Elizabeth II will remain in circulation in parallel and will only be withdrawn when damaged in order to “minimize environmental and economic impact”, authorities said.

The first banknotes with the image of Carlos III, who was anointed king days later, will enter circulation in 2024.

As can be seen in the design that was delivered to the media, the portrait of Carlos III, who was the husband of Lady Di, will appear on the models of the four bills: 5, 10, 20 and 50 pounds.

According to what can be noticed, they will not have major changes in their format, except for the change of the central image.

The image of Carlos III appears replacing that of his mother on the front of the sterling pounds and in the form of a medallion in the transparent security window.

The image of Carlos that was used for the design of the banknotes comes from a photo that was provided by the royal family in 2013 and already has the approval of the monarch, according to the Bank of England.

Banknotes made with polymers, a material that has replaced paper money in the UK since 2016, will be produced on a large scale from 2023 and will enter public circulation in 2024.

The first coins with the image of Carlos III entered into circulation at the beginning of December, after the British Royal House revealed the first units with the king’s portrait a month earlier.

In keeping with tradition, Carlos’s portrait is oriented to the left, the opposite direction from that of his mother, Queen Elizabeth.

Indeed, in the minting of British coins, it is customary for the new monarch to look in the opposite direction to that of his predecessor.