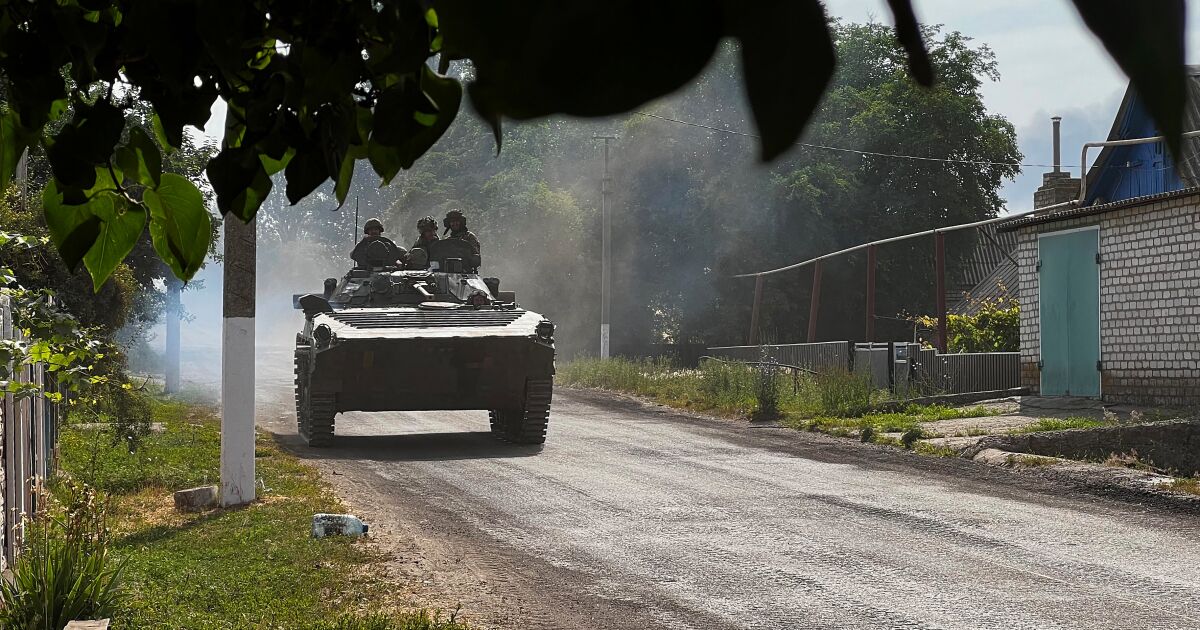 After weeks of fighting, the conquest of Lysychansk, which before the war between Russia and Ukraine had 95,000 inhabitants, allows Russian troops to advance towards Sloviansk and Kramatorsk, further west, assuring control of the Donbas region, partially in the hands of of pro-Russian separatists since 2014.

Both cities were hit by rockets. In Sloviansk, they caused “six deaths and fifteen injuries”, reported its mayor, Vadim Liakh. The front line of battle is a few kilometers from this city.

The city is on fire

This Sunday, the governor of the Lugansk region, Sergei Gaidai, reported that the city of Lysychansk was on fire. According to him, the Russian assault was much more violent than the one carried out against the city of Severodonetsk, separated from Lysychansk by the Donets River and controlled by the Russians since the end of June.

The Russian army also claimed to have shot down, at dawn, three Ukrainian missiles launched against the city of Belgorod, near the border with Ukraine, where a local official had announced the death of at least three people after explosions.

Since the start of the Russian offensive in Ukraine on February 24, the Russian government has repeatedly accused Ukrainian forces of carrying out attacks on Russian soil, especially in the Belgorod region.

Siversk, about 20 kilometers west of Lysychansk, could be the center of the next battle between the Russians and the Ukrainians.

The Ukrainian forces seem to want to have a defense line between this city and Bakhmut to protect Sloviansk and Kramatorsk, which have a high symbolic value.

Siversk was shelled overnight, according to residents and a local official. “It was intense and shots were fired from all sides,” a woman sheltering in a basement told AFP.

“For a week, the bombardments against the city have intensified, especially in recent days, with heavy artillery,” Ruslan Bondarevskiy, deputy mayor, told AFP while boxes of humanitarian aid from the Cross were distributed at the City Hall. Red to the residents.

In Kramatorsk, the administrative center of Ukraine-controlled Donbas, a Smertch rocket hit a residential area without causing injuries, according to the mayor, Oleksandr Goncharenko.

In Kharkiv, Ukraine’s second largest city in the northeast, residents were woken up again at 4 a.m. “by Russian rocket attacks,” according to the region’s governor, Oleg Sinegubov.

On the southern front, the Ukrainian regional operational command said that, in 24 hours, the Russian army had carried out “nine air strikes with K-52 combat helicopters and two bombardments on the Snake Island”, recaptured on Wednesday by kyiv forces in the Black Sea.

In Melitopol, a city occupied by Moscow forces, the Ukrainian army “dismantled” a Russian military base, according to its mayor, Ivan Fedorov (in exile).

“When I talk to Putin, I always tell him: keep in mind that the sanctions that we [la Unión Europea] we are imposing on Russia right now will remain,” he added. “The idea of ​​a peace that would be imposed is absurd, it should rather concentrate its efforts on reaching a fair agreement with Ukraine,” he warned.

On Saturday night, Ukrainian President Volodymyr Zelensky said that “2,610” cities and towns are “under Russian occupation” but that the Ukrainian army “has managed to liberate 1,027” since the conflict began.

Zelensky met in kyiv with Australian Prime Minister Anthony Albanese, who declared that he was going to deliver military aid to Ukraine worth “100 million dollars”. However, the official did not specify whether he was referring to 100 million Australian or US dollars.