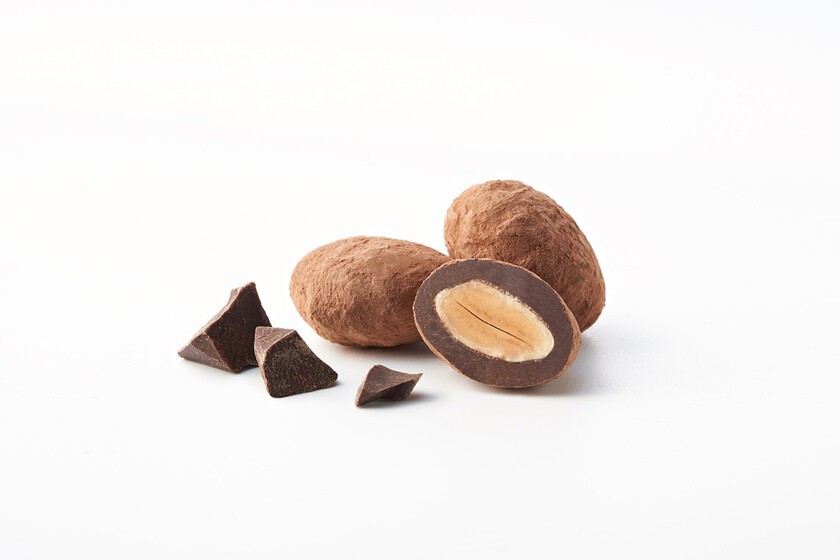 The cataniesregistered trade name, are a common name for a large part of Catalans: that of the dry almond sweet typical of Christmas and created in the Vilafranca del Penedès region.

This delicious morsel that returns in multiple formats every Christmas consists of a whole Marcona almonds, toasted and caramelized which is covered with a paste of almonds, hazelnuts and milk, and finally dusted with a fine layer of dark chocolate, cocoa or refined sugar.

This classic base has numerous variants of flavors and colorsbut the original formula is a precious gift these holidays and, above all, a good end of sweet party at the level of salty delicacies.

Many think that the catanies are a product, but are actually a trademark, and are inspired by a Parisian chocolate from the 40swhich in its Catalan version has a secret ingredient only known to the family that makes it, an ingredient kept under lock and key for almost 80 years.

Thus, although in the popular imagination this sweet seems to have witnessed Catalan Christmas since time immemorialthe truth is that the catanies as such they were born in 1946, when Josep Cudié founded the company Bombones Cudié.

The elaboration of these delicacies have been transmitted from generation to generation since the company was founded more than 76 years ago, being the recipe of catanies “family best kept secret”they explain from the company.

Currently, the third generation of the family is led by the master chocolatier Oriol Llopart Cudiéwho works to achieve new flavors and formats under the values ​​and philosophy of his grandfather.

In three generations, the catànies have taken an international leap, since this company from Vilafranca del Penedès has a presence in more than 40 countries producing more than 300,000 kilos of catanies year.

However, from the company they claim the local value of this product and above all its mediterranean rootssince the base of the catanies is this iconic nut, full of health benefits.

Read:  What to eat to have white teeth and not turn yellow

From the company they value the large number of iron, vitamins, calcium and proteinas well as its multiple health benefits, such as being satiating and reducing the risk of colon cancer, containing 19% protein, iron, magnesium, sodium and manganese.

The company also highlights that this sweet reduces bad cholesterol and increases good cholesterol, regenerates the nervous system, improves memory and learning ability, and is one of the foods with the highest concentration of antioxidants, apart from being an aphrodisiac.

One almond, many variants

Although its recipe remains a secret, the catanies are based on lMarcona almonds, considered worldwide as one of the highest quality varieties. This is round, full, sweet and with a low percentage of bitterness. In its preparation, its qualities are enhanced with a slow roasting process and dry caramelization with cane sugar.

Currently, there are up to ten proposals in different flavors. The first of these is the original, “the most emblematic creation of caramelized almonds, with delicious white praline and a thin layer of premium quality cocoa powder.”

The second are the catanies dark chocolate for the purest chocolate addicts(they are covered in dark chocolate praline and powdered with 70% cocoa powder), while coffee lovers have their version with coffee praline.

The Green Lemons are the most refreshing, as they combine white chocolate with nuts and the citric acidity of lime (they are bathed in white chocolate and lemon-lime essence). Nevertheless, the “jewel in the crown” are the Himalayan Saltwith hazelnut praline and Himalayan salt.

As an iconic Catalan dessert, the company has also created a version of crema catalanareminiscent of the classic dessert, and also has a proposal that combines Greek yogurt with chocolate.

Images | Cudié Chocolates, Максим Вышарь/Pexels, Mark Stebnicki and Işıl Agc/Pexels.
In DAP | The wafer that was and still is an unavoidable Christmas dessert in Catalonia
In DAP | The 19 best recipes of Catalan cuisine

how to make at home the ideal combination of spices to make cakes, muffins, biscuits, pancakes and breads